Powell's Sets The Tone For Up Upcoming FOMC Meeting

In a two-day testimony to Congress Federal Reserve Chairman Jerome Powell seemed to say all the right things as he underlined the revised monetary policy by the Fed which is much more accommodative than prior months. He has also continued to confirm rate cuts are almost a certainty on July 31. The question remains not whether or not the Fed will reduce interest rates, but by how much. 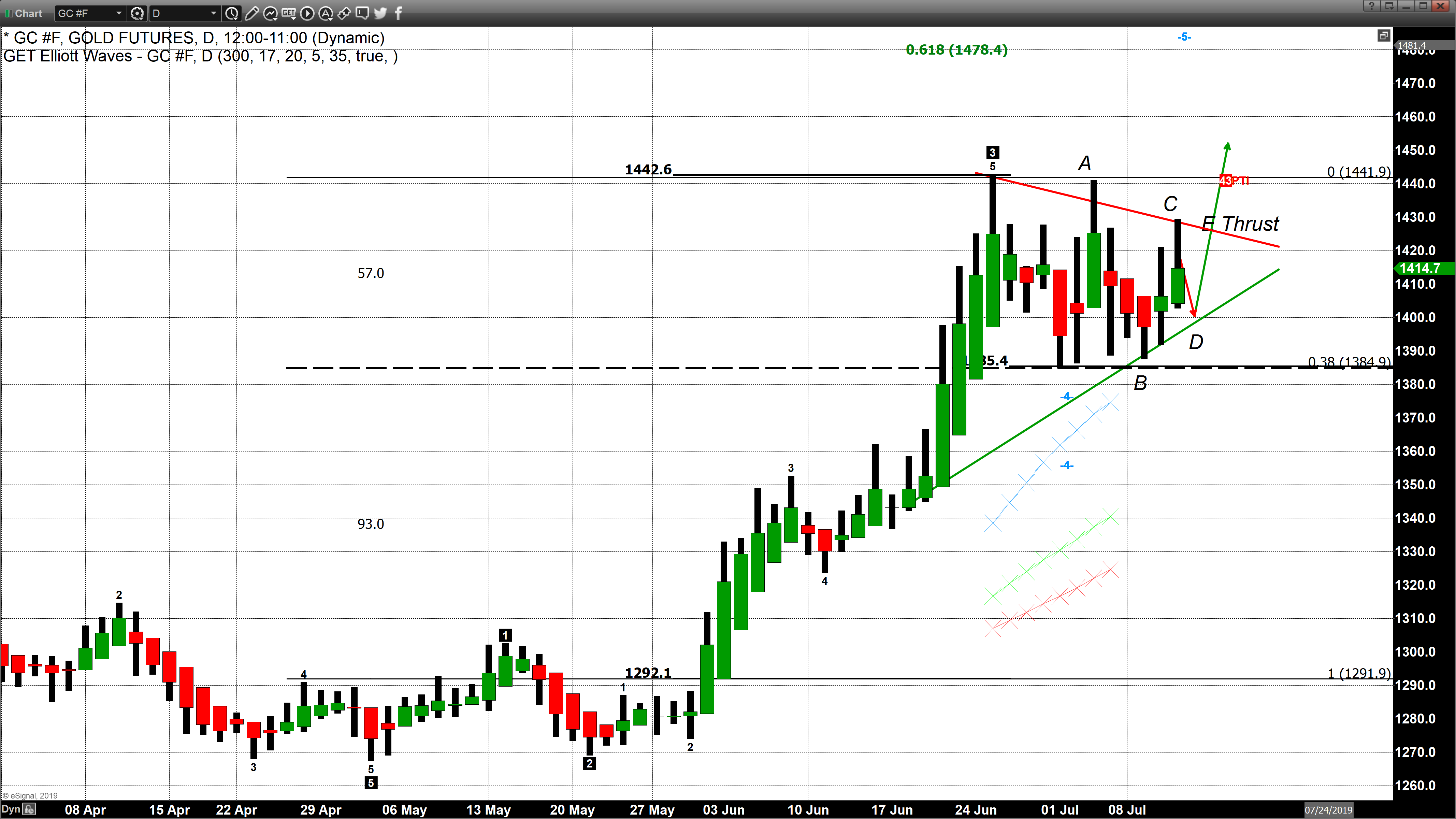 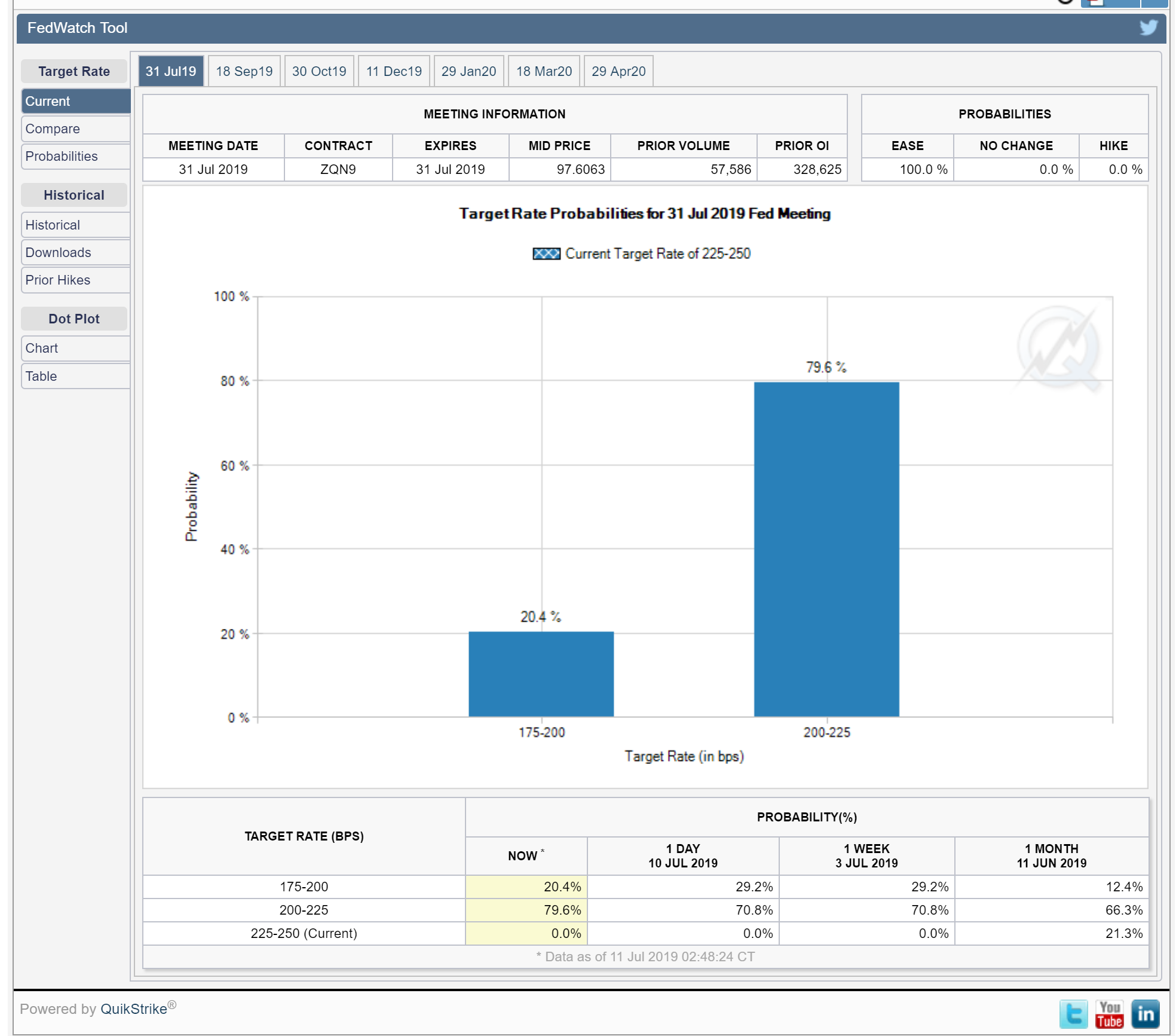 As of 4 PM EDT gold futures basis the most active August contract is down ¼%, and fixed at $1408.90, which is of decline of $3.60. Although there is fractional headwinds from a slightly lower dollar, the majority of today’s decline can be defined as a result of selling pressure. Gold futures have tested a new high for 2019 just above $1420 on two occasions over the last two weeks. It is an absolute indication that there is some substantial resistance at that price point. Clearly traders are witnessing a round of profit-taking.

There is also much greater selling pressure and spot gold today which is currently trading $11.70 lower and fixed at $1406.70. A weakening US dollar is only adding $0.60 worth of value as market participants bid the precious yellow metal lower to the tune of $12.30.

Our technical studies indicate that there is strong support at $1400 per ounce in both physical and gold futures. Whereas spot gold hit a low of $1403.71, gold futures traded to a low today of $1405.40.

As one analyst described today’s price action it seems traders have bought the rumor, and are now selling the fact. Nonetheless, the tone and statements from Federal Reserve members continue to show the resolve in taking the necessary steps to infuse the current economic expansion with the energy continue.

It is for that reason that our current belief is that we are currently in a corrective phase which is slowly morphing into a compression triangle based upon the fact that the last two highs have been lower highs than the previous highs, and the last two lows have been higher than the previous close. Although in a compression triangle break and release of energy can result in a move in either direction, typically the break will move in the direction of the prevalent trend. If that is the case here we can look for this correction to and with a strong rally to the upside.