Gold prices started to recover from earlier weakness after the South China Morning Post reported China is toning down its expectations ahead of trade negotiations with the United States. 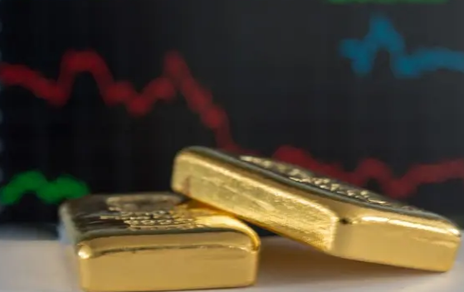 Gold prices are trading sharply higher shortly after the regular session opening on Tuesday as investor optimism around the upcoming U.S.-China trade talks dimmed, encouraging them to seek protection in safe-haven Treasury bonds. U.S. Treasury yields fell on the move, making the dollar a less-attractive asset, while driving up demand for dollar-denominated gold.

Gold prices started to recover from earlier weakness after the South China Morning Post reported China is toning down its expectations ahead of trade negotiations with the United States. The report said Chinese Vice Premier Liu He, who will lead the country’s trade delegation, will not carry the title of “special envoy,” signaling he has not received any specific instructions by President Xi Jinping. U.S.-China trade talks are set to start on October 10.

Traders are also waiting for retaliation after the U.S. announced a blacklist expansion against several Chinese companies.

According to CNBC, “The U.S. also expanded its trade blacklist to include some of China’s top artificial intelligence firms on Monday, punishing Beijing for its treatment of predominantly Muslim ethnic minorities. The decision appeared likely to draw a sharp response from China, with investors worried it might harm the chances of a breakthrough later this week.”

There is very little economic news this week which means investors have a lot of time to dwell on other areas. Of course, U.S.-China trade talks are at the forefront, but investors are also monitoring the ongoing Brexit discussions and debating the degree of easing required from the Federal Reserve following the recent string of weakening U.S. activity indicators and the slowing in the labor market.

Earlier in the session on Tuesday, several British media outlets reported that Brexit talks were close to breaking down.

Meanwhile, the BBC said a government official said the EU had not shown a desire to “budge one centimeter” since Johnson submitted new proposals to Brussels last week. The official, who was not named, said a deal was not completely ruled out, but the BBC cited another unnamed source as saying Johnson’s plans were “the only way out.”

Tuesday is shaping up to be a “risk off” trading session which means gold is likely to remain underpinned. The focus is on geopolitics so a speech later in the session by Fed Chair Jerome Powell is expected to have little effect on gold prices unless he says he backs a rate cut at the end of the month due to geopolitical tensions.