Silver prices are flat for a fourth straight day, as the metal continues to hover close to $17.50. I do not expect this trend to change on Tuesday, although we could see stronger movement on Wednesday, with the release of the Federal Reserve minutes. 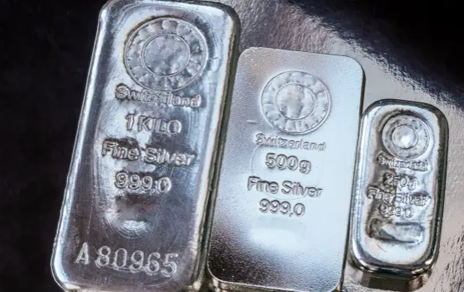 Silver has shown little movement since late last week, and showed little reaction to weak employment numbers out of the U.S on Friday. Traders should keep a close eye on the Federal Reserve minutes from the September meeting, which could shake up the sleepy metal. At that meeting, policymakers trimmed rates by 25 basis points, the second cut in as many policy meetings. Fed Chair Powell sought to reassure the markets that the move did not signal an imminent slowdown in the U. S. economy, saying that the cut was an “insurance policy” in case economic activity slowed. Investors bought this argument, as the markets remained steady after the cut. The minutes will provide further insight into the Fed’s confidence in the economy, and a positive assessment could raise risk appetite and weigh on safe-haven assets such as silver and gold.

After a long hiatus, the U.S. and China will resume trade talks in Washington on Thursday. Previous rounds of talks were unsuccessful, so expectations for a major breakthrough are not particularly high. The ongoing trade war has taken a toll on the Chinese and U.S. economies, which may lead to greater flexibility to reach a partial agreement, even if some issues are left unresolved. The markets have reacted strongly to any hint of progress in previous talks, and traders can expect the same in the upcoming negotiations.

The line of 17.50 remains relevant. Silver broke above resistance at 17.50 last week, but could not hold onto these gains. I expect this line to continue to be tested on Tuesday. There is plenty of movement around the 17.50 line, with the 50-EMA sitting at 17.46. On the upside, there is resistance at the round number of 18.00. On the downside, 16.90 was tested early last week. Below, the 200-EMA is providing support at 16.19, which has held since the first week of August. 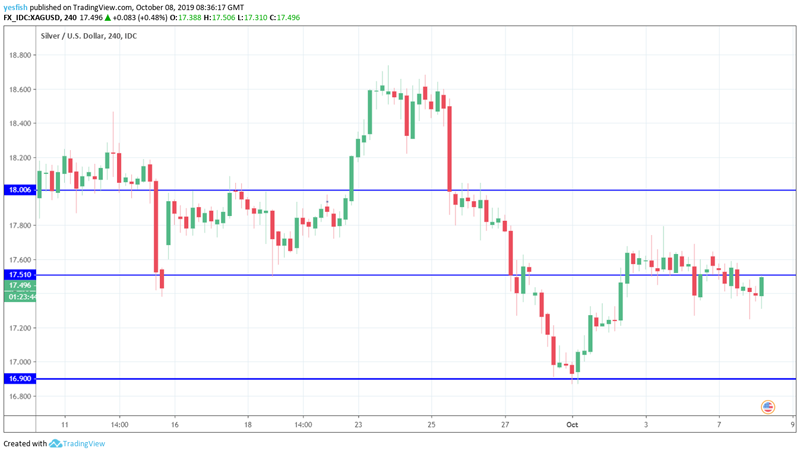