One story on Wednesday has gold traders responding to renewed tensions between the United States and China after the U.S. on Tuesday imposed visa restrictions on Chinese officials. Another headline has stock market investors optimistic over the news that China is willing to accept a partial trade deal. 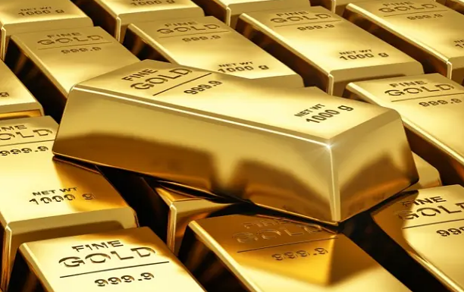 Gold is trading higher shortly after the regular session opening on Wednesday, and ahead of the release of the minutes from the Fed’s last meeting in mid-September. Traders are also responding to uncertainty in front of trade talks between the United States and China that are set to begin on Thursday. A weaker U.S.-Dollar is also helping to make dollar-denominated gold an attractive investment.

The Fed will release the minutes of its mid-September policy meeting at 18:00 GMT. Policymakers reduced rates by a quarter percentage point and left the door open to more cuts. Officials cut the benchmark rate by 25 basis points, but they were divided over the decision.

Today’s minutes should provide new clues about the Fed’s thinking on where to set interest rates, and more detail on the internal debate, including whether more officials thought another cut might not be warranted at their October 29-30 meeting.

The minutes should also outline two important discussions revealing the Fed’s immediate response to the breakdown in money-marketing functioning that sent the central bank’s benchmark short-term rate rising above its target range. The minutes will show how officials evaluated that situation at the time.

One story on Wednesday has gold traders responding to renewed tensions between the United States and China after the U.S. on Tuesday imposed visa restrictions on Chinese officials for the detention or abuse of Muslim minorities ahead of high-level trade talks on Thursday.

Another headline has stock market investors optimistic over the news that China is willing to accept a partial trade deal.

While another says China is expected to retaliate after the U.S. blacklisted several more technology companies.

The bottom line is no one knows how the trade talks will pan out. Analysts at J.P. Morgan Chase said in a note earlier in the week that while most traders don’t expect a major trade deal after the meetings conclude on Friday, some are hoping for a “mini-deal”.  President Trump said about three weeks ago that he would not accept a partial deal.

As far as the Fed minutes are concerned, dovish minutes will likely underpin prices because this will signal the central bank will likely cut rates in October and December. This will also put the Fed on the same page with investors who are pricing in about a 79.5 percent chance of an October rate cut.