Silver prices remain steady on Tuesday, as the metal is having an uneventful week. With no major U.S. events on the schedule, traders can expect more of the same for the remainder of the day. 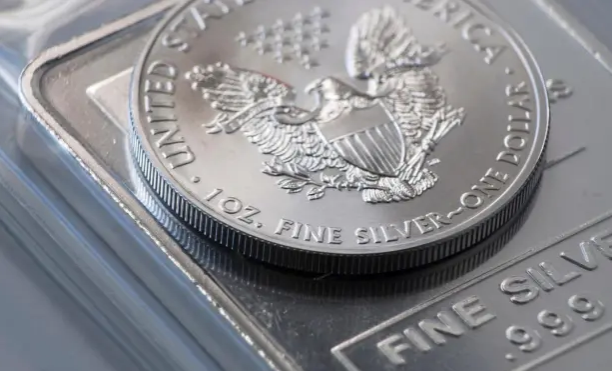 Silver continues to drift week, as the metal stays close to the $17.50 level. A weak U.S. dollar has given some support to the metal, with the euro and pound continuing to gain ground against the greenback. At the same time, equities have been moving higher, which has prevented any sustained upward movement by silver. The result of these opposing trends has meant that silver prices have been very steady in the month of October.

Risk appetite has been fairly high, which has put a cap on gains by silver. There is optimism that the U.S. and China will hammer out a limited trade agreement, as the sides continue to negotiate. Investors are also keeping a close eye on Brexit, with another tumultuous week expected in the British parliament. The U.K. is scheduled to withdraw from the EU on October 31, and the British government is pulling out all the stops to rush through a withdrawal bill ahead of the looming deadline. On Saturday, parliament voted down the government’s Brexit proposal, saying it first wanted to review all legislation related to the Brexit withdrawal. The markets are still predicting that a no-deal scenario can be avoided, as yet another extension is in place if a deal is not in place by October 31.

Silver has shown little appetite to move away from 17.50, and has been flat for most of the month of October. The 50-EMA is at 17.56, so traders should be prepared for the lack of activity to continue this week. On the upside, the round number of 18.00 is stable. This line has remained intact since late September.  Below, we find support at 17.00. 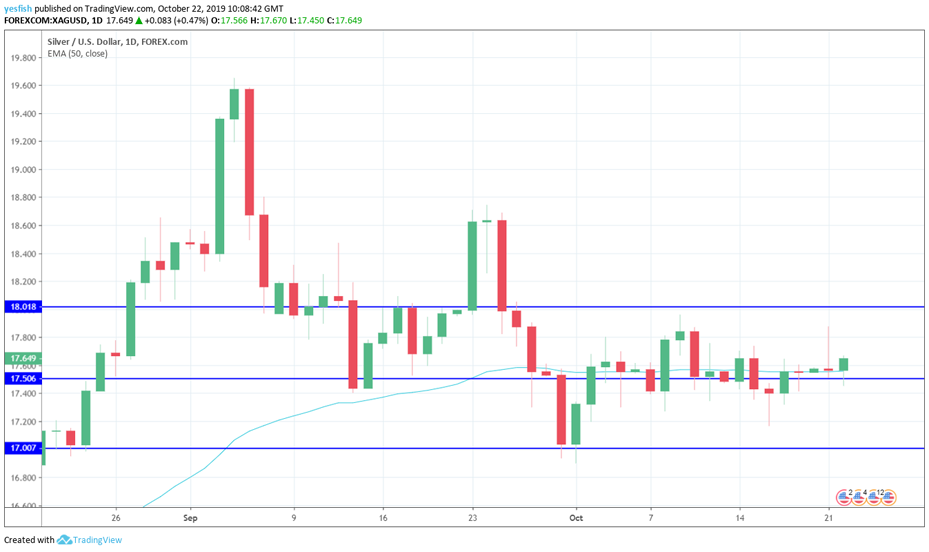