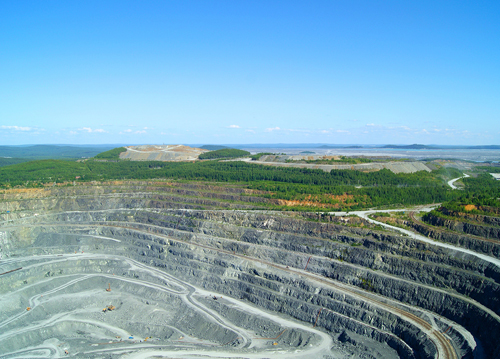 While no official announcements have been made, Roskill understands that the border between Myanmar and China reopened in late October. Initial rumours are that the border was to remain open for only one week with the aim to allow existing stocks of heavy rare earth elements (HREEs) to be delivered into China. However, there are no signs for the time being of the border being closed again.

In addition to moving rare earth stocks across into China, the reopening of the border provides the opportunity for some of the Myanmar mining operations to resume, owing to the accessibility of dressing reagents delivered from across the border.

Following closure of the border in May 2019, listed prices given by China Southern Rare Earths (CSRE) for HREEs dysprosium and terbium experienced a steady uptick until September, increasing by 60% and 30% respectively. Since the border reopened, the dysprosium oxide price has dropped 5.5% to US$270/kg from US$285/kg, and the terbium oxide price has dropped 5.6% to US$554/kg from US$585/kg.

Unlike light rare earth elements praseodymium and neodymium, which make up the main rare earth component of neodymium-iron-boron (NdFeB) magnets, the addition of dysprosium and terbium is required in certain NdFeB applications with more demanding, high-performance operating conditions. The closure of the border to Myanmar emphasises the market tightness for these two HREEs, which are predominantly sourced from the ionic-clay type deposits and have been increasingly processed in Myanmar following more stringent environmental regulations in Southern China. As a result, the opening or closing of the border has a direct impact on the availability of dysprosium and terbium to NdFeB producers in China and, in turn, is reflected in the price.