Silver is flat in Thursday trade, as the metal hovers at the $17.50 level. There are reports out of China that the U.S. and China will phase out tariffs, and further positive developments in the trade talks could raise risk appetite and weigh on silver prices. 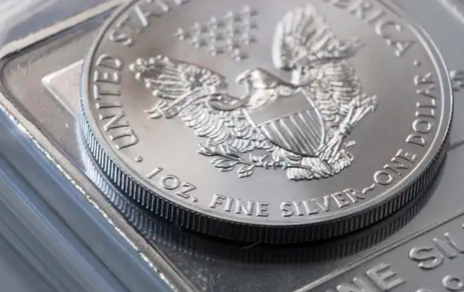 Silver is flat in Thursday trade, continuing the lack of movement seen on Wednesday. In the North American session, the metal is trading at $17.57, down $0.04 or 0.23% on the day.

Silver hovered close to the 17.50 line for the first three weeks in October. The metal rose to the symbolic number of 18.00 at the end of the month, but was unable to break above this line. After considerable losses on Tuesday, silver is back to the 17.50 line. I don’t expect silver prices to be mired at this level for another three weeks, but we could well see the metal stay between 17.50 and 18.00.

U.S, China to Phase Out Tariffs

There has been growing speculation that the U.S. and China are close to reaching an interim trade deal, known as “Phase 1”. This would allow the two countries to reach a limited trade deal, while leaving the most intractable issues for another round of negotiations. On Wednesday, the Chinese commerce ministry announced that the two countries would phase out tariffs, but it did not provide a timetable for such a move. The announcement has boosted optimism that the U.S. will cancel a tariff which is scheduled to take effect on Dec. 15 on some $156 billion worth of Chinese products. If a deal is signed, risk appetite would likely soar, which could have a chilling effect on silver prices.

After a considerable drop on Tuesday, silver has leveled off around the 17.50 level. The 50-EMA is just above, which could act as a short-term resistance line. On the downside, there is support at the round number of 17.00. If silver can break above the 50-EMA, it has room to move closer to the symbolic 18.00 level. 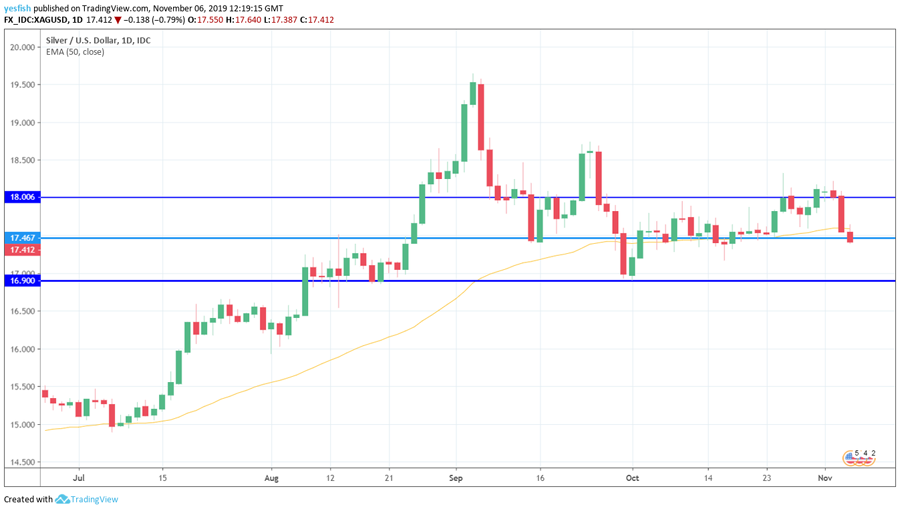