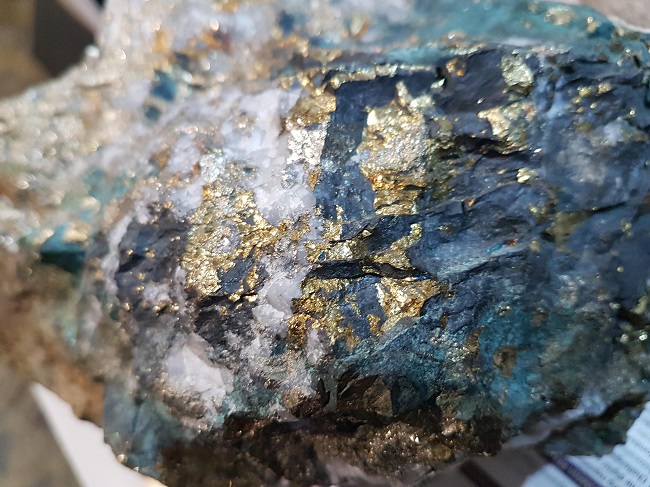 (Kitco News) - It seems as though frustrated junior speculators are clicking sell buttons for tax-loss earlier each year. And despite the gold price remaining well above its breakout region of $1375 to $1400, even more so in 2019. A combination of a Fed rate cut pause, tax-loss selling, and expectations of an imminent “Phase One” trade deal between the two largest global economies has dried up speculator interest in most junior resource stocks.

Moreover, the retail excitement surrounding gold has since faded over the past two months as recession fears have diminished. And despite the gold price being up nearly 15% this year, many of the higher risk juniors have been left for dead due partly to the popularity of cryptocurrencies and cannabis start-ups, along with the stock market continuing to make all-time highs.

Not only are investors becoming increasingly uninterested in these high-risk vehicles with general stock markets levitating, but the rise of precious metal related ETF’s has funneled most safe-haven investment inflows into a handful of larger market-cap producers, while junior stock volume keeps dwindling into year-end.

However, the rout in junior precious metal stocks has not just affected the micro-cap explorers. Many of the junior developer/explorers whose role in the mining food chain is to discover, grow, and develop deposits which are eventually gobbled up by the gold mid-tiers or majors have also been lagging the miners.

The devastating bear market of 2012 to 2016 forced big-cap gold companies to slash exploration budgets, while they were fighting to maintain a profit mining a commodity which kept sinking in price. These larger producers rely heavily on the smaller junior precious metal miners and developers to explore and replenish the global gold-production pipeline. But since the last gold bull peaked in 2011, the smaller explorers have had an extremely difficult time funding operations, as Canada’s junior markets continue to find it increasingly difficult to raise capital.

Meanwhile, juniors who are run by serially successful management teams with access to capital, have been the beneficiaries of global miners and high-profile mining financiers becoming shareholders. In fact, to offset their shutting down exploration in lieu of producing gold at a profit during the bear market, large global gold producers have been making strategic investments in many juniors since the sector made a significant bottom in early 2016.

Nevertheless, due to the debt and equity markets remaining cautious into Q4, many of the micro-cap juniors have remained starved of capital despite the gold breakout in June of this year. Most lending institutions were burned after going into the 2016 run-up in the gold complex too aggressively. Therefore, capital market entities may remain very selective until the gold price sees a weekly close above strong overhead resistance at $1550.

However, one impatient, momentum chasing speculator’s trash is another longer-term oriented investor’s treasure, if you are a contrarian who is accumulating junior small-cap bargains at this time of year. If you have the fortitude to buy into a basket of these higher risk companies that are being tossed into the rubbish bin, the biggest profits lie in the best in breed micro and small-cap juniors.

Although many of the junior precious metal miners have been caught in the undertow of investor disinterest in the sector recently, gold developer/explorers have an increasingly important function. The major gold companies are running out of economic ore to mine and will soon need to replenish their deposits through acquisitions. Not only do juniors offer investors the chance for a much bigger return on investment than a mid-tier or major miner, they are also assuming a more important role in the mining food chain than we witnessed during the previous gold bull market.

If you are a contrarian investor, today’s junior gold stock complex is the place to be. Here, you have a sector that has been starved of capital both from financial institutions and investors alike despite the recent rise in the gold price, which has remained above $1450. With the best in breed junior companies trading at much lower valuations than they should be if investors were to go by fundamentals, this sector is a contrarian’s dream once investors pick the right stocks and have patience.

I expect a new round of mergers and acquisitions (M&A) in the next year or two, as the top 20 gold miners run out of economic deposits and need to replenish their gold reserves with high-margin development properties. This is great news for investors who understand the potential for outsized gains that quality late-stage developers and earlier stage explorers are presenting, while currently selling at bargain basement prices. Especially those juniors with projects in top-tier jurisdictions such as Canada, Australia, and the U.S.

At some point in the near-future, we will see the higher risk juniors begin to outperform the GDX in a big way once speculative fever hits the entire precious metals complex. After a horizontal breakout above $1362 on a monthly closing basis in June, gold ended its 8-year bear market. My goal for the past few years has been to carefully construct a concentrated portfolio of exceptional junior resource stocks, in the context of an investment time horizon at least as long as one cycle, which I feel has just begun.

If you require assistance in choosing the best quality juniors to invest, please stop by my website and check out the subscription service at https://juniorminerjunky.com/subscribe. Although the JMJ service has reached capacity of 250 members, there is a waiting list if you are interested in becoming a member.