Traders are waiting for the Federal Reserve’s FOMC meeting which begins tomorrow and is set to conclude on Wednesday. Based on recent statements by Chairman Powell it is highly unlikely that the Federal Reserve will change any aspect in their current monetary policy. As reported by Kitco News, analysts at TD Securities said, “Meanwhile, the Fed's asymmetric reaction function suggests they will either cut rates further if growth disappoints or stay the course if growth recovers, ultimately pressuring real rates further and maintaining the allure of gold in the portfolio for the foreseeable future.” 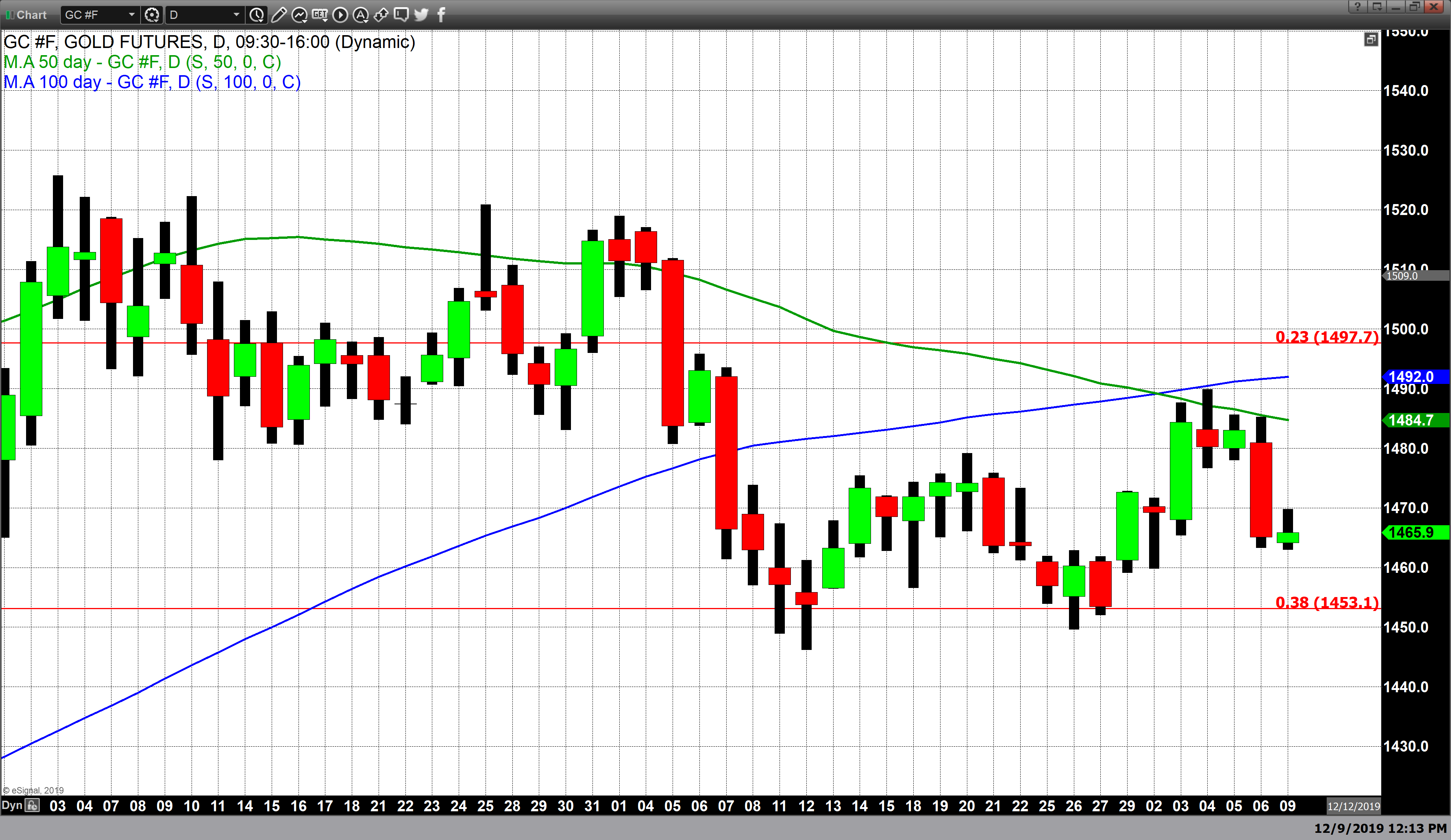 U.S. equities traded lower today with the Dow Jones industrial average currently down by approximately 100 points, and fixed at 27,912.82. Both the NASDAQ composite as well as the S&P 500 are both in line with the Dow, as they are down almost -0.30% in trading today. Bloomberg News reported that, “US stocks decline, bonds mixed on trade jitters” on their daily market wrap.

These jitters are stemming from concerns over the potential outcome on December 15, when president Trump will decide whether or not to add additional tariffs to Chinese imports. Last week during the NATO meeting in London Trump stated that he is in no hurry to make a deal on the phase-one negotiations. He went on to say that it might be best to wait till after the 2020 presidential elections before signing off on the phase-one agreement. While there have been ongoing negotiations throughout the last couple of weeks there has been no clear resolution regarding any interim agreement between the Chinese and the United States.

In a daily update from George Gero, managing director at RBC Wealth Management said, “While buyers wait [for] more headlines and news items, there is little reason for long term holders to sell now. For now, prices are bound to a $1,450 to $1,500 range, but looking to move higher soon.”

Trump can go either way with regards his action regarding new tariffs on China on December 15th. He currently holds the upper hand in trade negotiations given that the U.S. Labor Department’s jobs report came in extremely better than expected, while economic reports out of China indicated that their economy has continued to shrink, due to both the trade war pressures and . The most recent numbers indicate that China’s exports into the United States has fallen 23% year-over-year in November.

If this trend continues it is unlikely that President Trump will be pressured to make a deal with the Chinese that does not contain some real changes. This would have a bullish impact on gold pricing.