To tariff or not to tariff? It depends on Trump

There are two major events this week that market participants are going to be assessing. The first event is tomorrow’s conclusion of this month’s FOMC meeting. It is widely anticipated that the Federal Reserve will announce that they plan to stay the course and leave interest rates where they are. Furthermore, the belief is that there will be some information revealed as to the timeline, or length of time that they plan let current interest rates stand where they are.

The second event contains much more uncertainty as we get closer to the December 15th deadline in which President Trump will announce whether he is rolling out new tariffs or not. Market sentiment today focused on the likelihood that the implementation of new tariffs on $165 billion worth of Chinese imports to the United States will be delayed. The trade war with the Chinese is now over 18 months old, and new and increased protesting in Hong Kong is not helping the negotiations come to any resolution quicker. 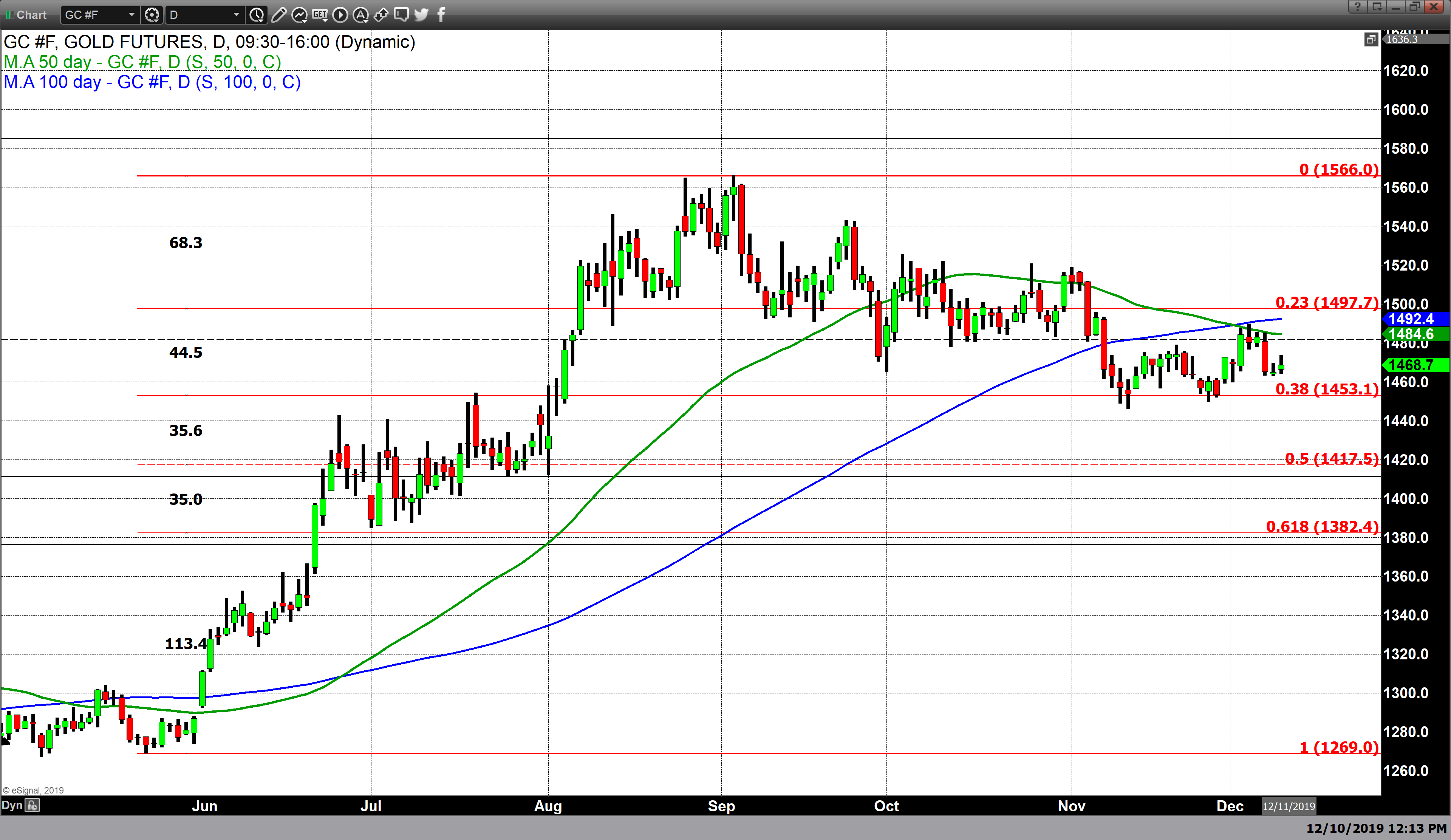 U.S. equities which were tracking higher early in the trading session sold off on the close resulting in fractional declines on the Dow Jones industrial average, the S&P 500 and the NASDAQ composite. The Dow lost 27.88 points in trading today and closed at 27,881.72. Both the S&P and NASDAQ showed similar declines.

In regards to the two events moving the financial markets today, the deepest concern is the current state of negotiations between China and the United States. Recent messages sent by the White House have been mixed at best. At the Wall Street Journal’s CEO Council meeting held today in Washington a report surfaced that the United States and Chinese negotiators were “laying the groundwork “to delay new tariffs. At the same time Larry Kudlow, the White House top economist said that he could not confirm the report additionally adding that President Trump had not decided on extending talks.

So, the real question becomes what is President Trump’s underlying motive? He recently stated that it would be better to postpone any phase-one agreement till after the 2020 presidential election. Are his motives for this potential delay based upon what is best for the American people or based upon his desire to be reelected for a second term? The only thing we know is tariffs will continue to be a weapon wielded by President Trump.