The entire precious metals complex moved higher today after the conclusion of December's FOMC meeting. The Federal Reserve concluded its final Federal Open Market Committee meeting for the year, and as many expected left interest rates unchanged for the remainder of 2019. However, information found within the Federal Reserve’s release of a statement which included projections for the next few years, including their “dot plot” laying out their anticipated monetary policy.

While this strong support for stable interest rates is not extremely dovish, Chairman Jerome Powell in his press conference today indicated that they do not look at the “dot plot” for their monetary policy guidance, rather they look at the economic data to base decisions on. 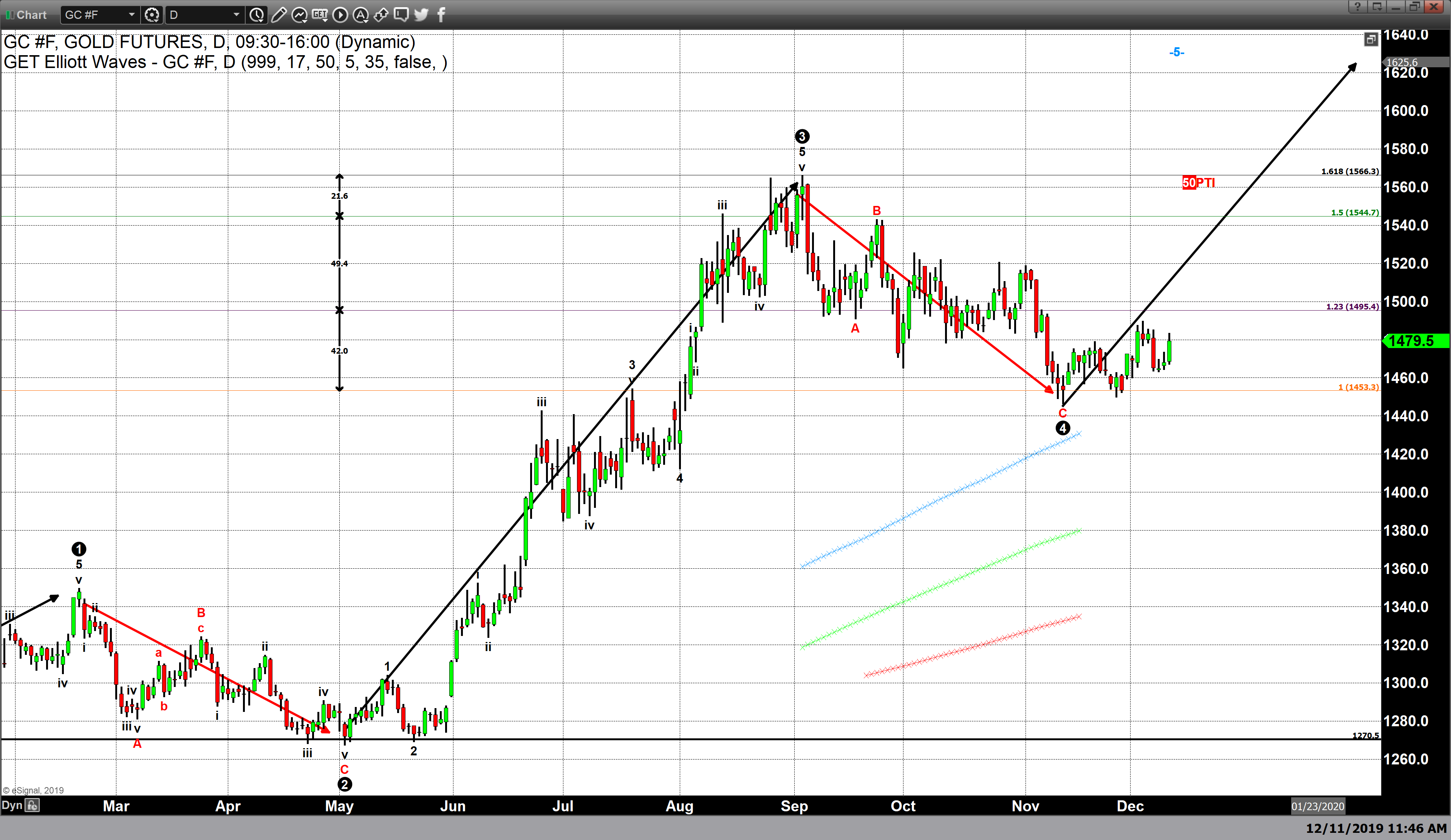 That being said gold as of 4:23 PM EST is currently up by $11.70, putting the most active February contract at $1479.80. Today’s gains are the result of a combination of dollar weakness and bullish market sentiment as traders bid the precious yellow metal higher.

Spot gold is currently trading up by $10.90 and fixed at $1474.90. According to the KGX in today’s gain of $10.90 of which $6.30 is directly attributable to dollar weakness, with the remaining $4.60 gain attributed to traders bullish sentiment.

There are two more important events that traders have now begun to focus on. First and foremost is the trade war between the United States and China and what decision President Trump will make on December 15, the deadline for rolling out an additional $165 billion in tariffs for Chinese imports. Secondly, market participants will be watching the election results in Britain, which will be held on Thursday. This could shed light on whether Britain will exit (Brexit) the European Union.

These two events could most certainly have a profound and major impact on upcoming gold pricing.