All morning reporting from major news outlets has been speaking about an imminent trade deal between the United States and China. This is a fluid situation and as of 5:26 p.m. EST the most recent headlines are reporting that President Trump has signed off on a phase-one agreement and it is expected that the Chinese Ambassador will sign off on it imminently.

According to earlier reports by Reuters Business, “The White House has reached a deal in principle with Beijing to resolve the 17-month U.S.-China trade war, according to a source briefed on the trade talks.” Sources reported that negotiators were attempting to secure a “phase one” trade deal by offering to cut existing tariffs on Chinese goods by as much as 50% and suspend tariffs that were scheduled to take effect on Sunday.

What we do know is that President Trump and his advisors along and negotiators met at the White House at 2:30 this afternoon. The day began with a early morning tweet by President Trump that said “getting VERY close to a BIG DEAL with China. They wanted, and so do we!”.

This first part of a comprehensive trade deal is very important because Beijing has been on record stating that it would retaliate if in fact the United States escalates the trade war with new tariffs. As early as August Chinese officials have gone on record stating that they would impose additional tariffs of five and ten percent on $75 billion worth of imports from the United States.

With multiple news sources stating headlines that a trade deal has been signed by President Trump, the effect on gold futures have been nominal at best. This news had a bullish impact earlier on U.S. equities with the Dow gaining 220.75 points in trading today. 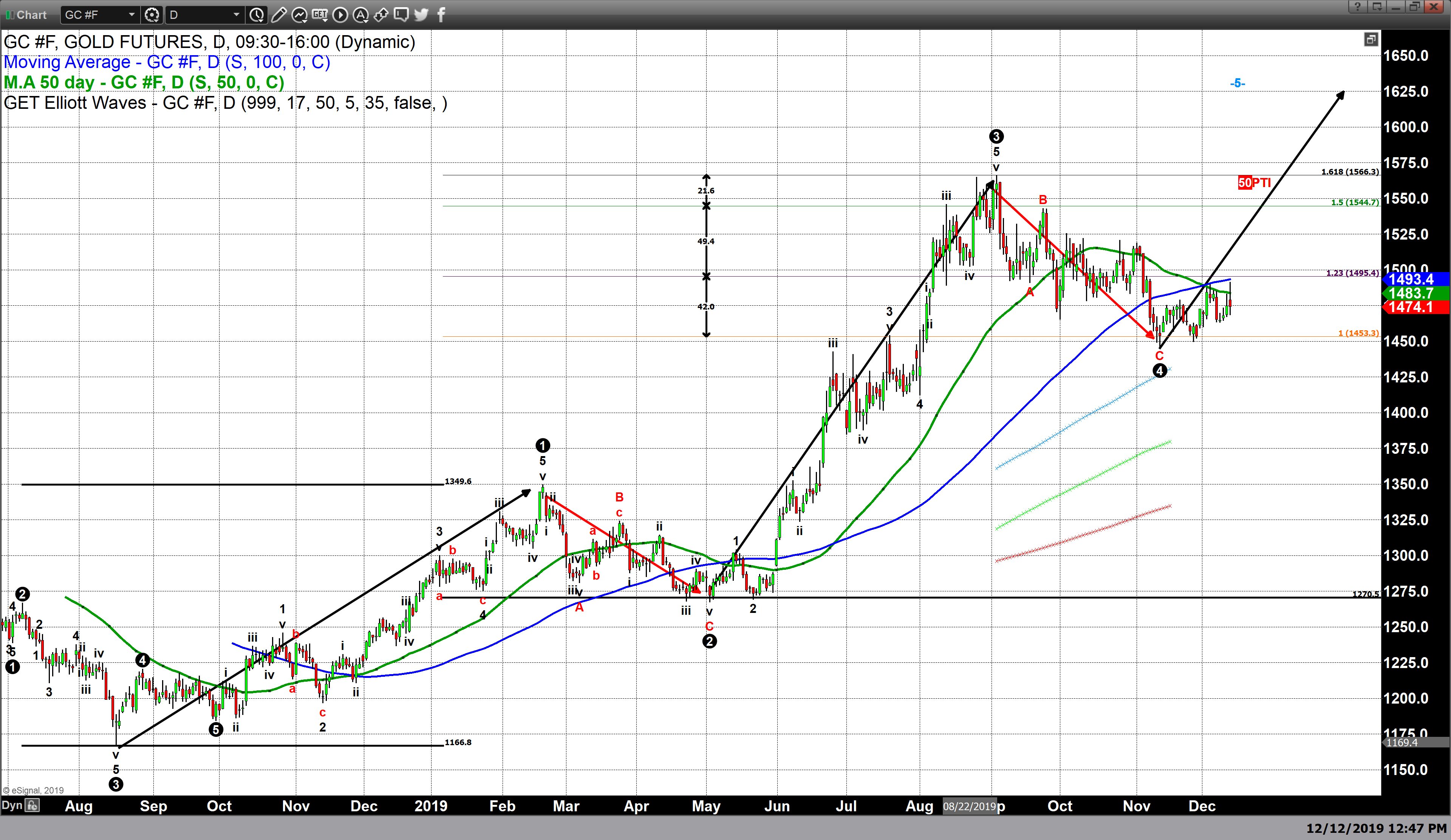 However, February gold futures as of 5:26 PM EST are only trading down by $0.90 on the day and currently fixed at $1474.10. Also, platinum and palladium and silver are trading higher on the day, with palladium trading to an all-time record high that matches the highs gold achieved in 2011 just above $1900 per ounce.

One possible reason that gold has not sold off briskly is that this is the second time that there has been an announcement that both the U.S. and China have agreed to a “phase one” deal. In early October Trump announced that the two superpowers had agreed on a deal that encompasses the financial services some intellectual property issues and agricultural purchases. Nothing came of statements in early October.

Market participants are now focusing on the election in Britain and until the details that China and the United States have agreed upon are made public, we could see gold maintaining its current price level.