To say that this week contained multiple events that had a large impact on the market would be an understatement. First the last Federal Reserve FOMC meeting was held this week, and yesterday Trump announced that the United States and China have agreed to a phase-one trade deal.

However, during the press conference held by Chairman Powell he stated that the committee members adjust the Fed’s monetary policy based on the most recent economic data, stressing that they do not use the “dot plot” to guide their decisions

According to the Wall Street Journal, “U.S. and Chinese officials announced a limited agreement to halt the trade war between the countries, with President Trump removing the threat of new tariffs on China and Beijing agreeing to purchases of American farm goods and other products. As part of the “phase one” deal, the U.S. canceled plans to impose fresh tariffs on $156 billion in annual imports of Chinese-made goods—including smartphones, toys and consumer electronics -that were set to go into effect on Sunday.”

These events collectively moved gold prices higher on the week. That being said the technical indicators are clearly displaying that gold continues to have short-term resistance at the 50-day moving average. Since December 3 price action has resulted in trading above 50-day moving average on only two occasions, but closed below that average for the last consecutive nine trading days. 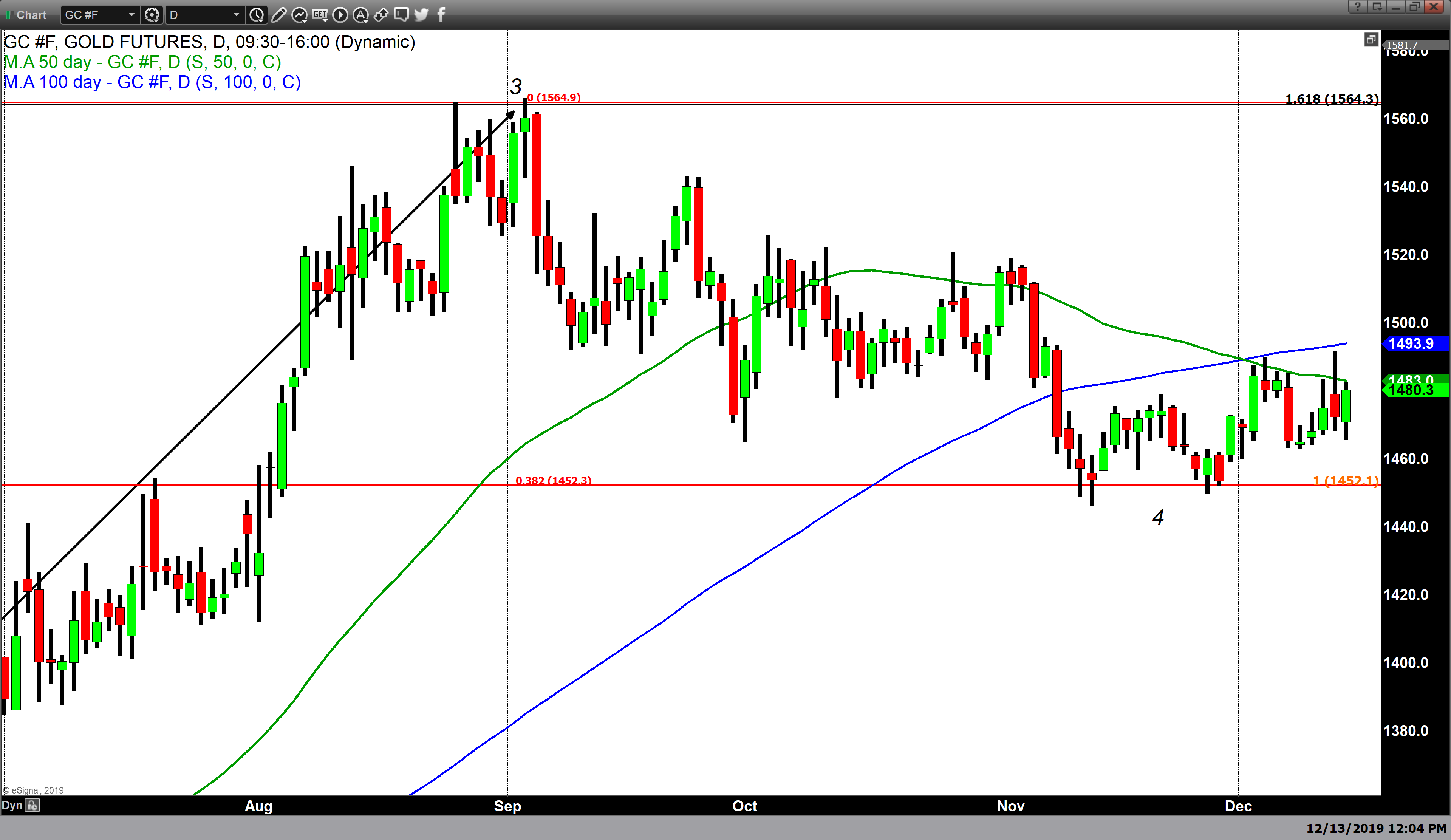 In fact, five of the last five trading days have contained highs that reached the average and closed lower based on the resistance at that price level. Today is no different gold closed at $1480.40, after trading to an intraday high of $482.50, a mere $0.50 below the 50-day moving average which is currently fixed at $1483.

Support for gold pricing remains solid at $1450 which is a few dollars from the 38.2% Fibonacci retracement of $1452.10. Since trading just below that low on November 11 gold futures have tested and closed below that price point only once on November 27, and recovered the following day closing at $1472.

Although we have seen gold trade off of the recent lows in November, we have not seen pricing move above 50-day moving average the last two weeks. A solid break on a closing basis above $1483 could signal a return to rally mode, however as long as pricing is unable to breach that critical resistance level, we can only describe recent price action as sideways.