(Kitco News) To give you a realistic idea of how quiet trading was with thinning volume as we move closer to the Christmas holiday next week consider this; the low that gold futures traded to this week occurred on Tuesday at $1449.30, while the high which was achieved on Thursday traded to $1490.

Also, with the exception of yesterday’s trading that was the only occurrence in which gold traded and closed above its 50-day moving average, for the first time since November 4.

Whether you want to consider this muted range and trading activity that can be best defined as narrow and defined, it is not for a lack of fundamental events currently occurring in the political and financial arenas.

What we can say is that on a technical basis we have identified a unique pattern that is both a pennant formation as well as a flag formation. Although both patterns are different there is more of a commonality between these two formations than there are differences.]

First and foremost, both patterns begin with what market technicians call the pole. That is a point in time in which the market moves in a near linear upward assent until it begins to trade sideways. In the case of a flag formation the market begins to move sideways with the highs and lows being parallel to each other.

The bullish pennant begins the same way with a pole, however rather than trading sideways in a parallel structure like a flag, the highs and lows form an asymmetrical triangle. 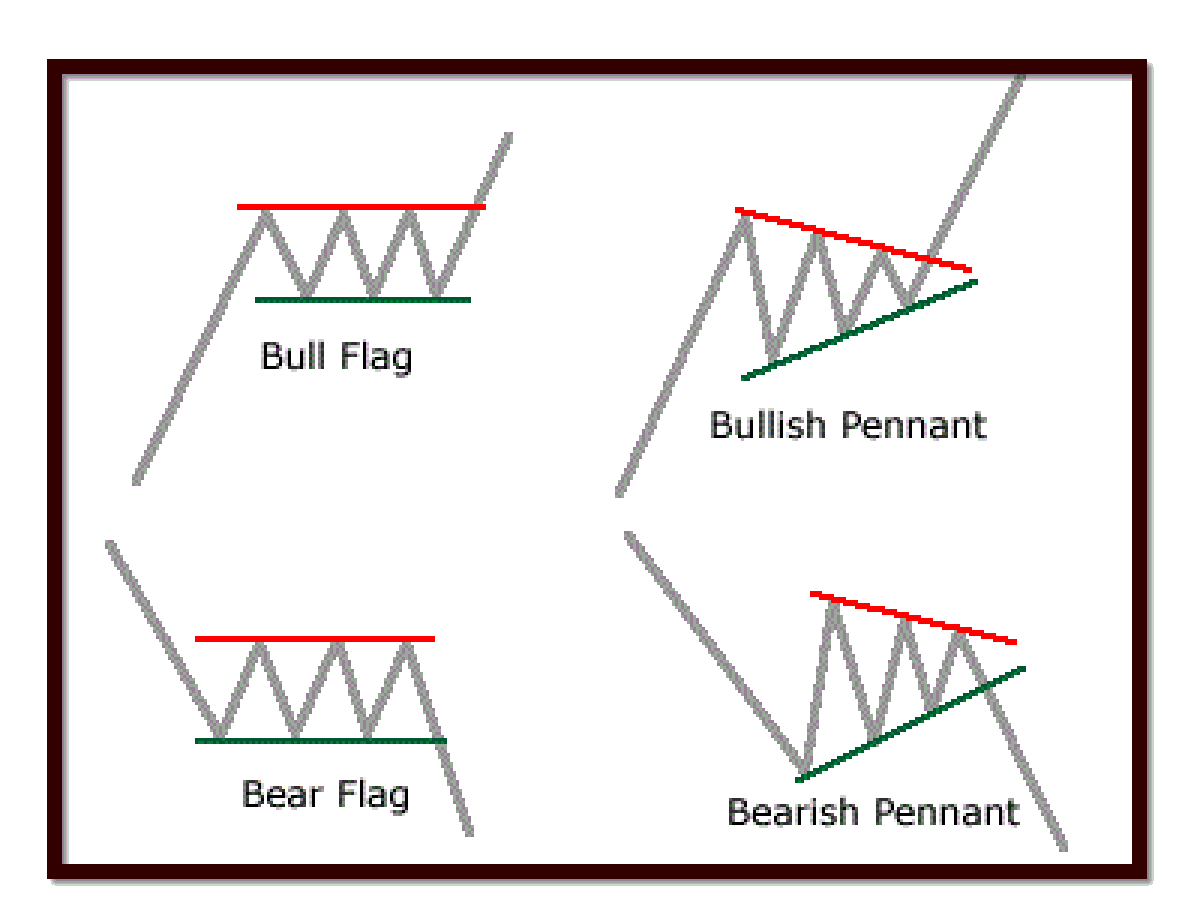 It is rare to see both sister patterns form at the same price point and time. But that is exactly the case of what we have seen most recently in gold if you look at the examples in the chart above you will see the textbook case of what this pattern should look like. 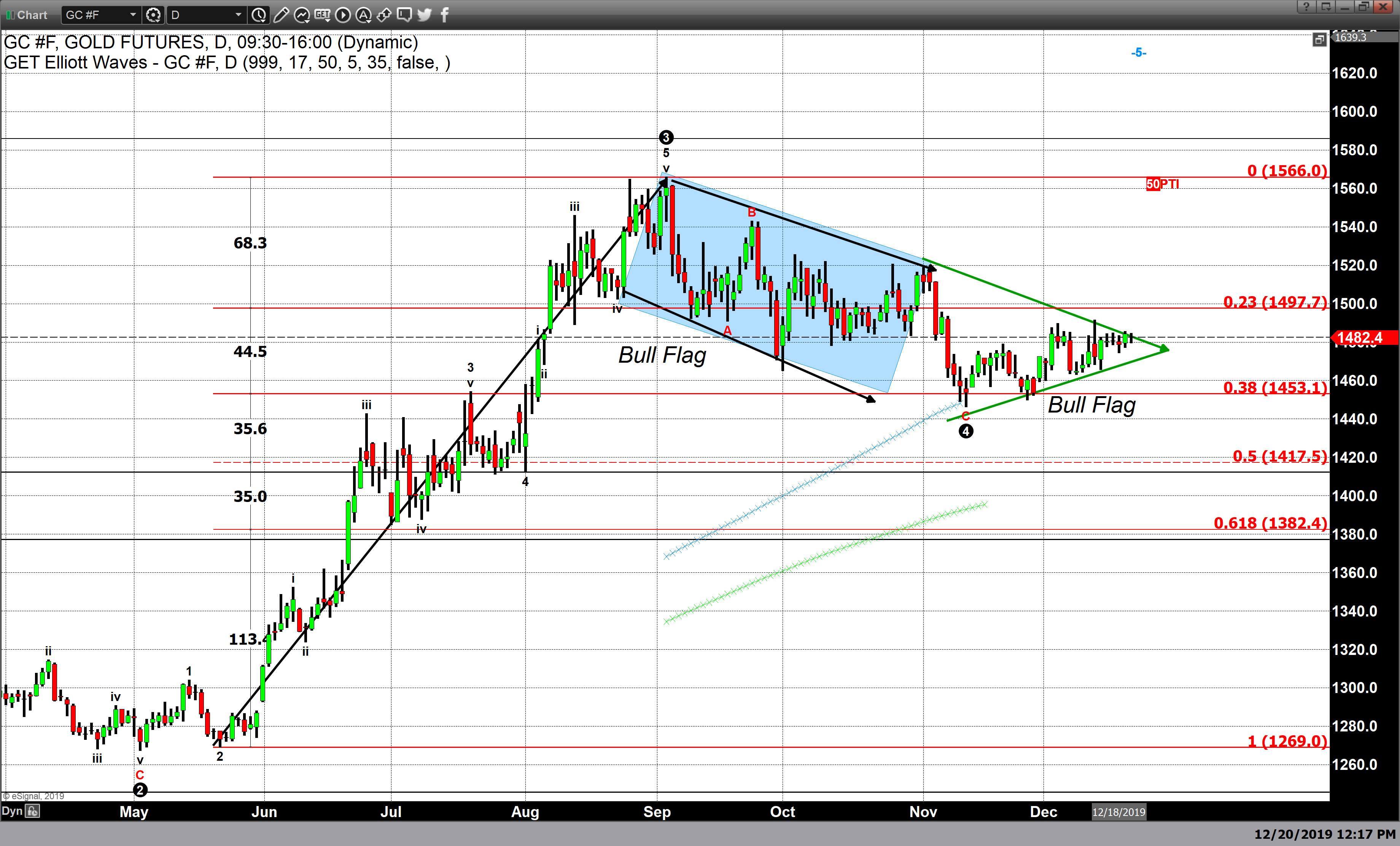 If you look at the gold chart above then you will see how this most recent price action can be interpreted as both a full flag and a bull pennant.