2020 is just around the corner, and shows real potential for gold

Despite some selling pressure dollar weakness has kept pricing afloat, with gold futures trading fractionally higher on the day. On the surface today’s gains in February gold futures seem minuscule or insignificant at best, however nothing could be further from the truth. If not for a deep daily decline in the U.S. dollar index gold would be trading underwater today. 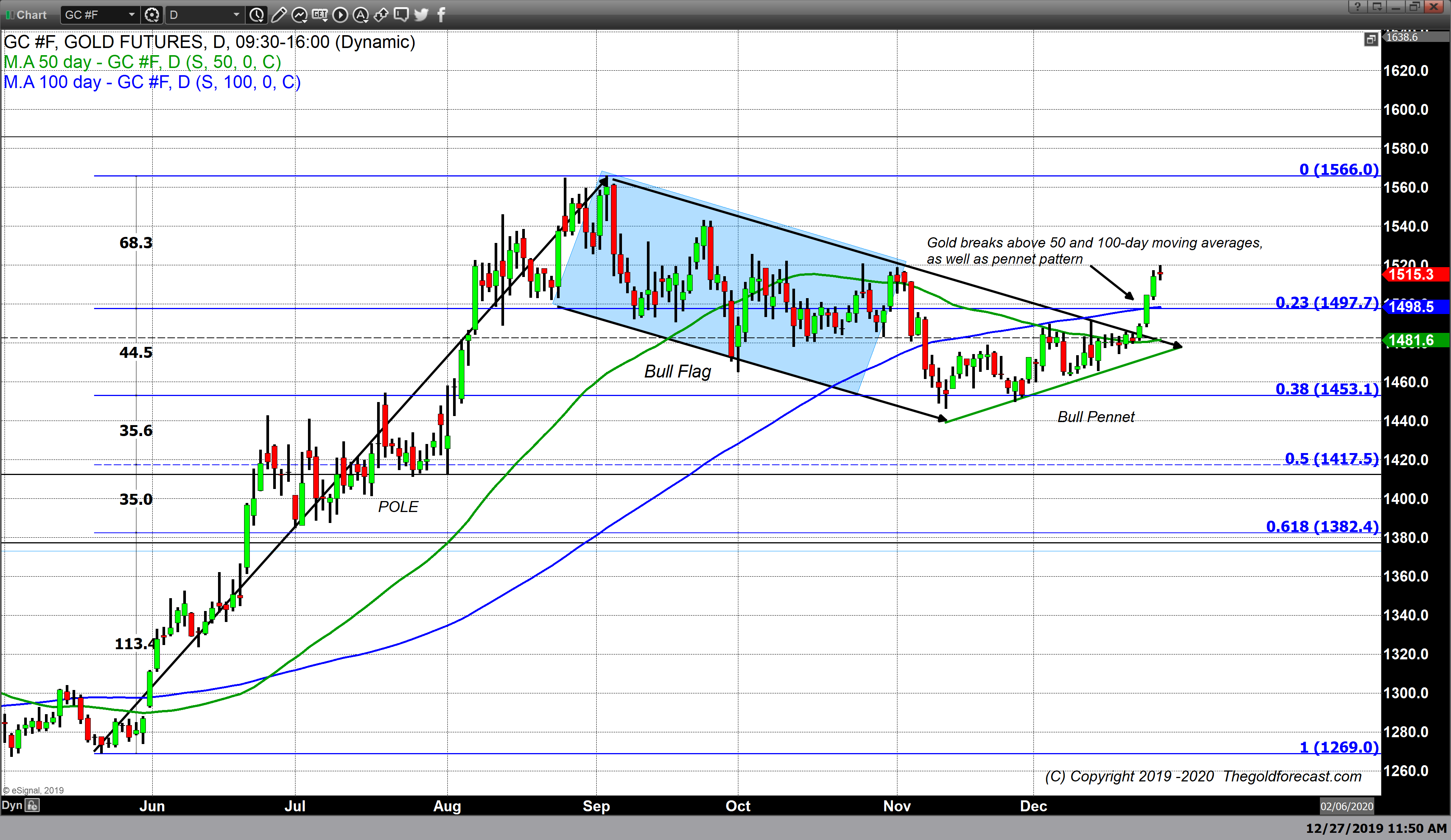 Selling pressure is definitely evident in the cash market. Spot gold is currently fixed at $1509.90, after factoring in today’s small decline of $1.10 unlike February futures. When we view the KGX (Kitco Gold Index) dollar weakness is actually adding $8.80 of value per ounce of gold, with selling pressure overpowering dollar weakness resulting in a small daily decline.

Today’s high is significant because the last time gold achieved this value was on October 25 when market forces drove gold to an intraday high of $1522. In fact, during the entire month of October 2019 there were multiple attempts to drive gold pricing above that level, however that price point became resistance as each attempt was unsuccessful.

This week was significant because multiple benchmarks were achieved. On Monday, December 23, for the first time since October 31 gold pricing traded and closed above the 50-day moving average. Then on Tuesday the 24th gold pricing surged closing above the 100-day moving average (which was at $1496.80), the 23.6% Fibonacci retracement at $1496.10. Gold futures also reached the apex of the compression triangle and then broke above it that same day. The pennant formation was created from a series of lower highs and higher lows. Lastly gold closed above the key psychological level of $1500 per ounce by $4.60. This was followed by another respectable price advance on the 26th which took gold pricing futures to $1514.

Even with today’s moderate rise, and the fact that this rise is due to dollar weakness, this week resulted in gold breaking out of the defined and narrow trading range that existed throughout the month of November and the first part of December. As we enter the final week of trading this year it seems highly likely that gold have a stellar performance throughout the coming year.