Gold futures traded sharply higher overseas yesterday as recently increased tensions in the Middle East took the precious metal to $1590.90 before giving up much of those gains as trading moved into New York this morning. As of 4 PM EST the most active February gold contract is trading up $16.30, and fixed at $1568.60. Current pricing is only six dollars above yesterday’s open, however yesterday’s open gapped above Friday’s close of $1555 per ounce resulting in today’s $16.30 gain. 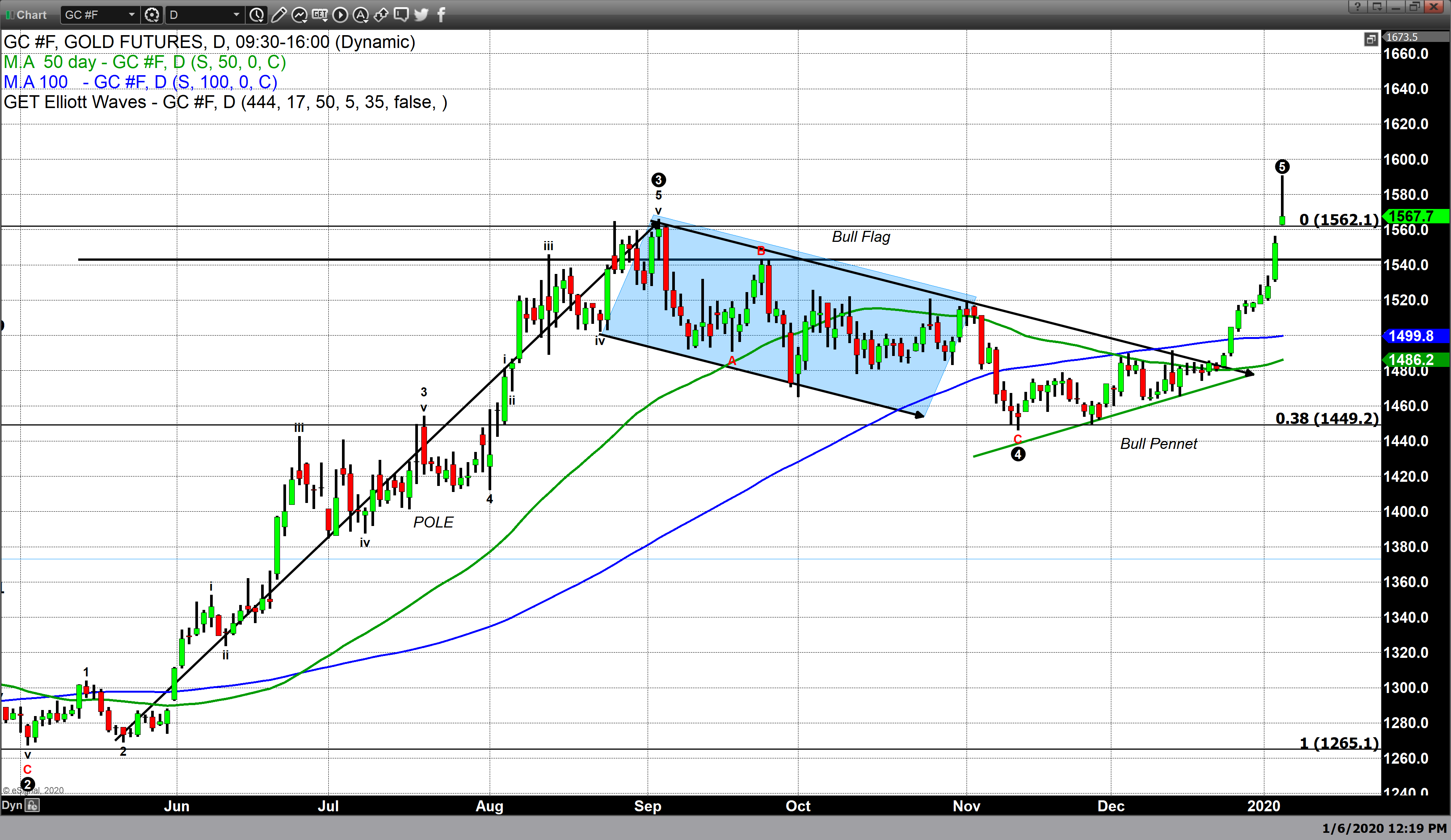 Over the last four weeks gold futures have gained just over $100 per ounce. Considering during the week of December 9th gold opened at $1463 we have seen a substantial price increase into the start of 2020.

The recent spike in gold prices can be directly attributed to Friday’s military action by the United States deployed a drone strike in Baghdad resulting in the killing of the top Iranian military commander, Major General Soleimani.

This event which created a new level of uncertainty and took oil to $70 per barrel before softening. It also created headwinds for the U.S. dollar which lost about 2/10 of a percent, with the dollar index closing at 96.33.

Host of CNBC’s, “Mad Money” Jim Cramer said he was not only perplexed over the short-lived early morning selloff today. He also does not believe “Iran to be a paper tiger, so it makes sense that investors are running to the perceived safety of gold and fixed income in the wake of the U.S. drone strike that killed top Iranian military leader Qassem Soleimani.”

The initial response from Iran came immediately following the attack as they vowed to retaliate the strike on Friday. This was followed on Saturday by President Trump’s response that any military action against the United States would result in the U.S. military “quickly and fully striking back, and perhaps in disproportionate manner.”

In a report by CNN Sunday, “The military advisor to Iran’s supreme leader said that his country’s response to the killing by the US will certainly be a military response against military sites.”

The verbal saber rattling continues to increase the already tense geopolitical powder keg in the Middle East. With the vast majority of analysts agreeing that Iran will retaliate against Friday’s actions, and Trump’s tweets acknowledging his intent to strike back immediately against any Iranian strike on U.S. persons or targets, have left many to fear including myself that this scenario could get much worse before it gets resolved.