Gold climbs to $1613 before reversing

After 10 consecutive trading days which resulted in daily gains and a higher closing price when compared to the open that streak was broken today when gold futures settled sharply lower on today. The price difference between Tuesday evening’s high and today’s low was just about $60. 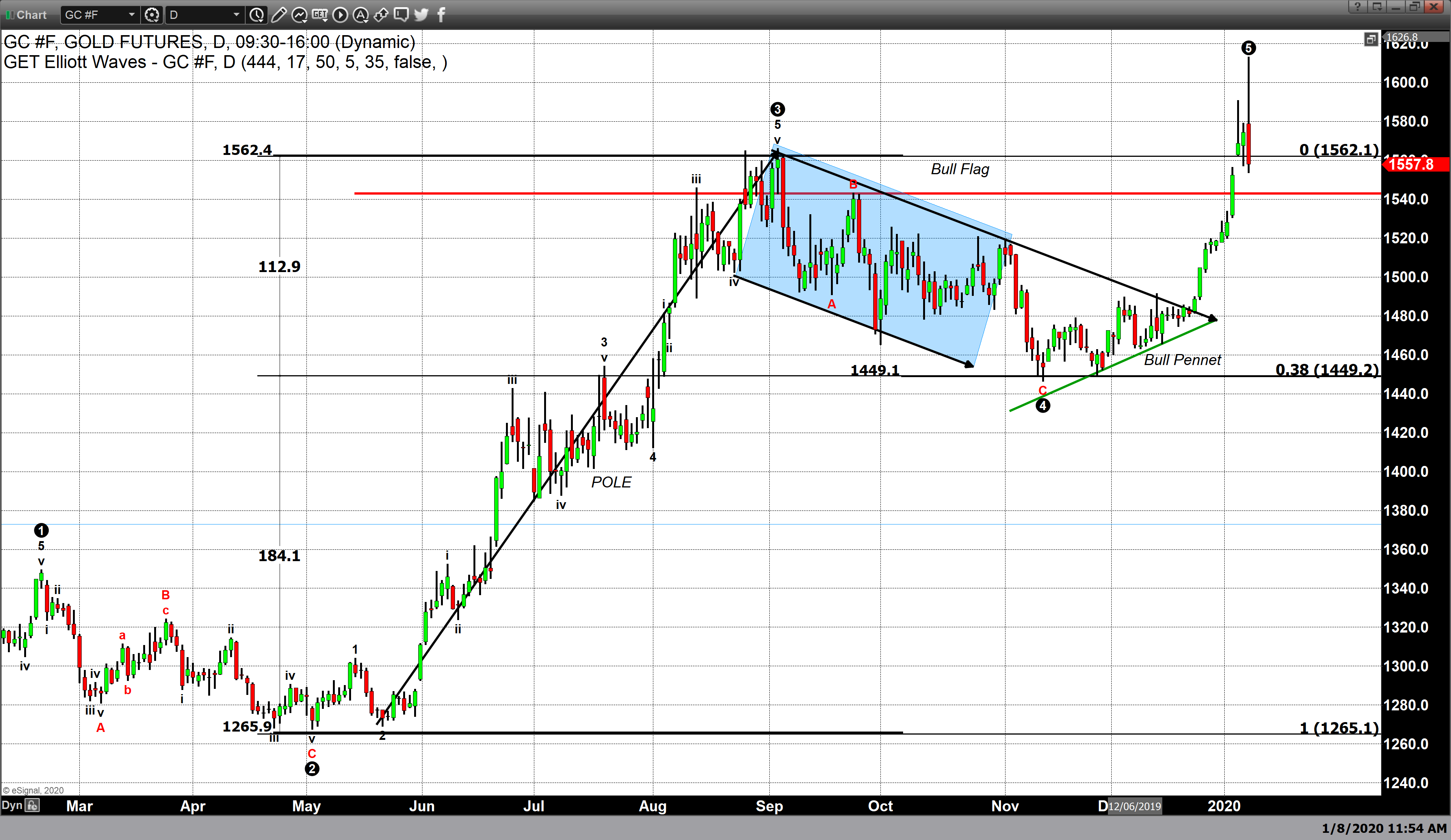 Within an hour of the airstrike as the dust settled reports surfaced that there were no U.S. or Iraq casualties, which cause gold pricing to selloff breaking below $1600. Prices remained under pressure throughout the evening as market participants listened intently for incoming news from Iran’s foreign minister. His statement indicated that his country had taken “proportional measures in self-defense” and didn’t seek further escalation for war. This statement along with a tweet from President Trump which said that “all is well”, continues to pressure gold pricing.

This morning President Trump announced that, “Tehran appears to be standing down” and indicated that there would be no reprisal from last night’s missile attack. The statements by both the United States and Iran indicated a major de-escalation in the conflict which began at the end of last week.

On a technical basis, major support for gold pricing does not occur until approximately $1540 to $1535. $1535 is based upon a Fibonacci retracement from $1265 to $1613, the range of the most recent leg of this rally. $1540 is based upon the price top which is just below last year’s record high of $1565. Gold broke below last year’s record high at $1565 immediately following President Trump’s statement this morning, which is why our technical studies indicate that that price point is current resistance.