A volatile week for gold

This was a volatile week for gold. On Wednesday gold traded to its highest level in seven years. After breaking above $1600 trading for a brief moment up to an intraday high of $1613, before breaking and closing below $1600 per ounce. The last time gold was trading at or above $1600 per ounce was March 2013. In 2013 when gold was trading at $1600, it was cascading lower, falling from approximately $1800 in August 2012.

Yesterday gold traded to its lowest price point this week when on an intraday basis the most active February futures contract hit an intraday low of $1541 per ounce. The greatest price range this week occurred between Wednesday and Thursday resulting in a price range of $72. 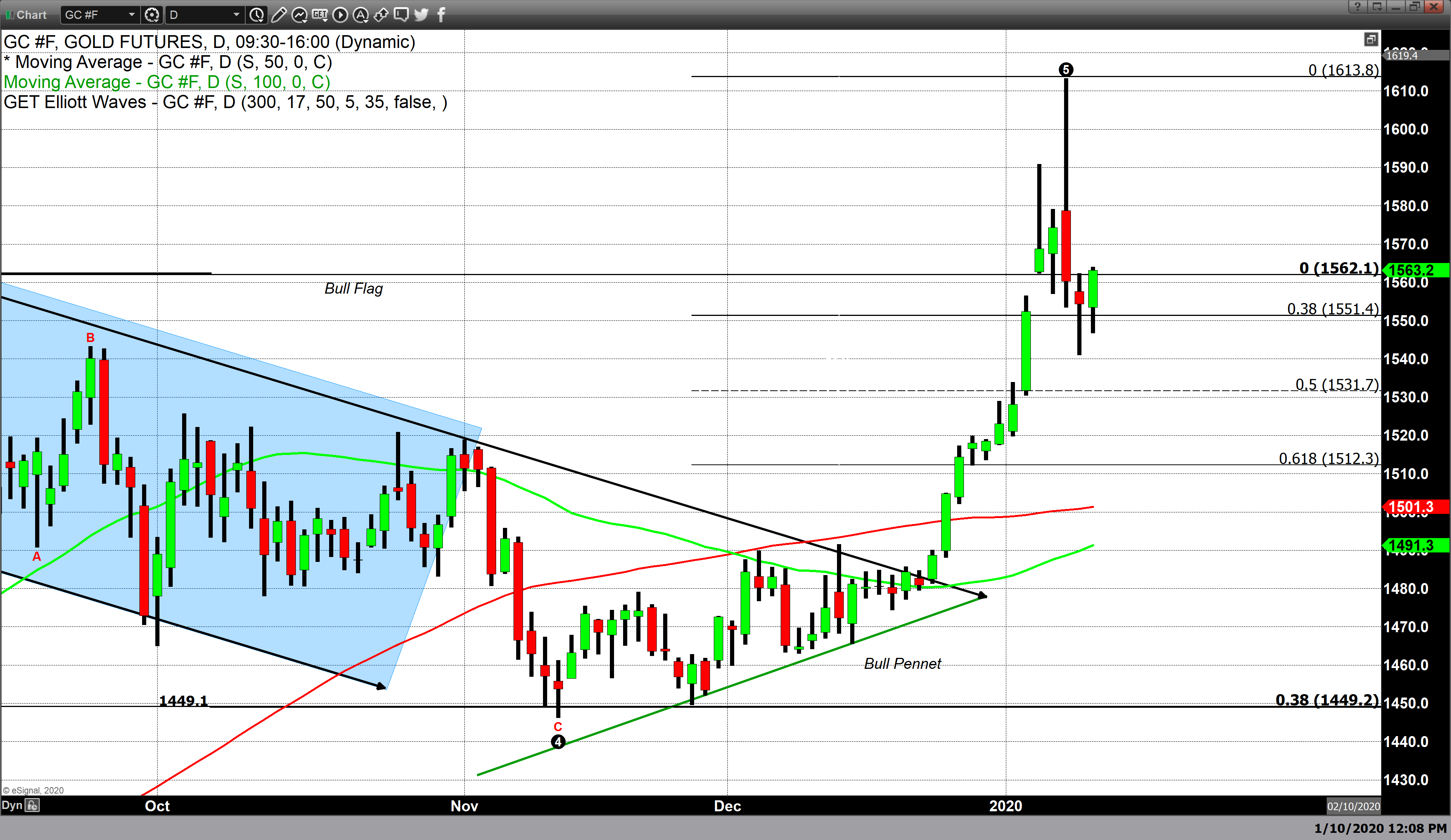 This tremendous price change from $1613 to $1541 was a direct result of premium coming out of the market that was due to the conflict between the United States and Iran. The high achieved on Wednesday occurred immediately after Iran launched a missile attack into Iraq sending over a dozen surface to surface missiles into two Iraqi airbases both housing U.S. troops.

The lows achieved yesterday occurred as a result of the outcome of that missile launch resulting in zero casualties for soldiers from both the United States and Iraq. The de-escalation occurred as the Iranian government stated that their missile attack concluded their retaliation against Friday’s drone attack by the United States, and a statement by President Trump the following day said that there would be no retaliation from the missile attack by Iran.

Gold bulls revert back to basics

With the geopolitical risks diminished in the Middle East it allowed market participants to once again refocus their attention to fundamental economic data.

Today U.S. Labor Department released its jobs report from December. Economic analysts had forecast that December’s numbers would indicate that an additional 160,000 were added in December, the actual numbers were slightly below that with 145,000 new jobs added last month. This was supportive for the precious metals, and bearish for U.S. equities.

As of 4:40 PM EST gold futures are currently up $8.50 and fixed at $1562.80. This puts current pricing back in the territory of last year’s highest price points for gold. Our technical studies indicate that there is support for gold at $1551, the 38% Fibonacci retracement), and then again at $1531, a 50% retracement of the last rally.