Gold futures continue to trade under pressure. Today the most active February contract is currently down $10.80 and fixed at $1549.30, which is a net decline of 0.69%. Although on Friday gold prices managed to gain approximately $10 on the day, today gold opened above Friday’s closing price, and then closed well below Friday’s open.

This creates a simple candlestick pattern called a bearish engulfing. The first criteria to correctly identifying this pattern is that it occurs after a defined uptrend. This pattern should only be considered reliable when it occurs following a clearly defined rally. The pattern should also be followed by a continuation of price decline with the next daily candle being a red candle (closing below its opening price) containing a lower low a lower high than the previous day. 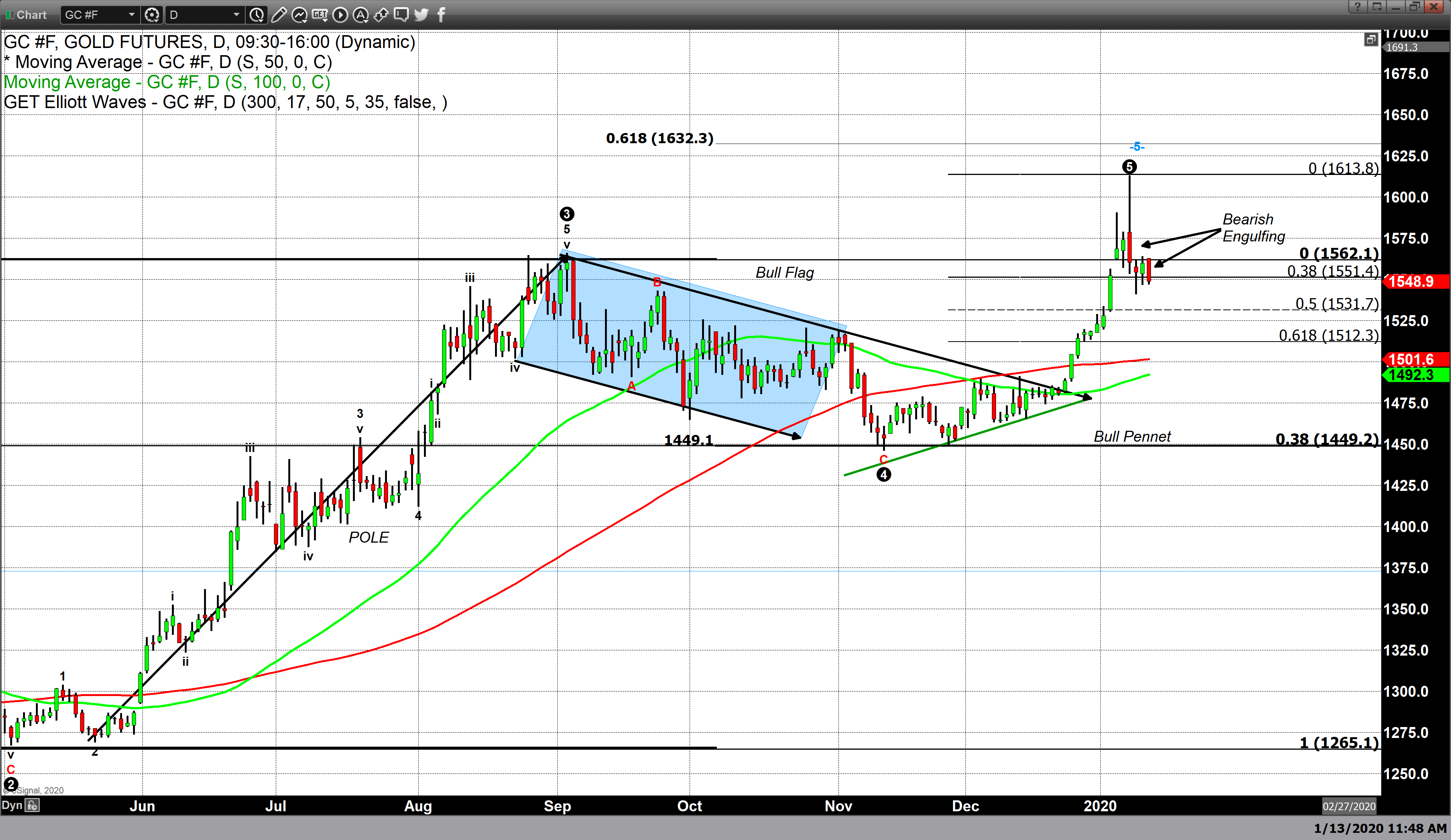 According to Investopedia a bearish engulfing pattern is a technical chart pattern that signals lower prices to come. The pattern consists of a up (white or green) candlestick followed by a large (black or red) candlestick that eclipses or “engulfs” the smaller up candle. The pattern can be important because it shows sellers have overtaken the buyers and are pushing the price more aggressively down than the buyers were able to push it up.

This is the second occurrence of this pattern within the last five trading days. The first occurrence was a result of last Wednesday’s wild price swings in which gold opened at $1578 well above Tuesday’s closing price of $1574, and then closed at $1560 well below Tuesday’s opening price of $1567. 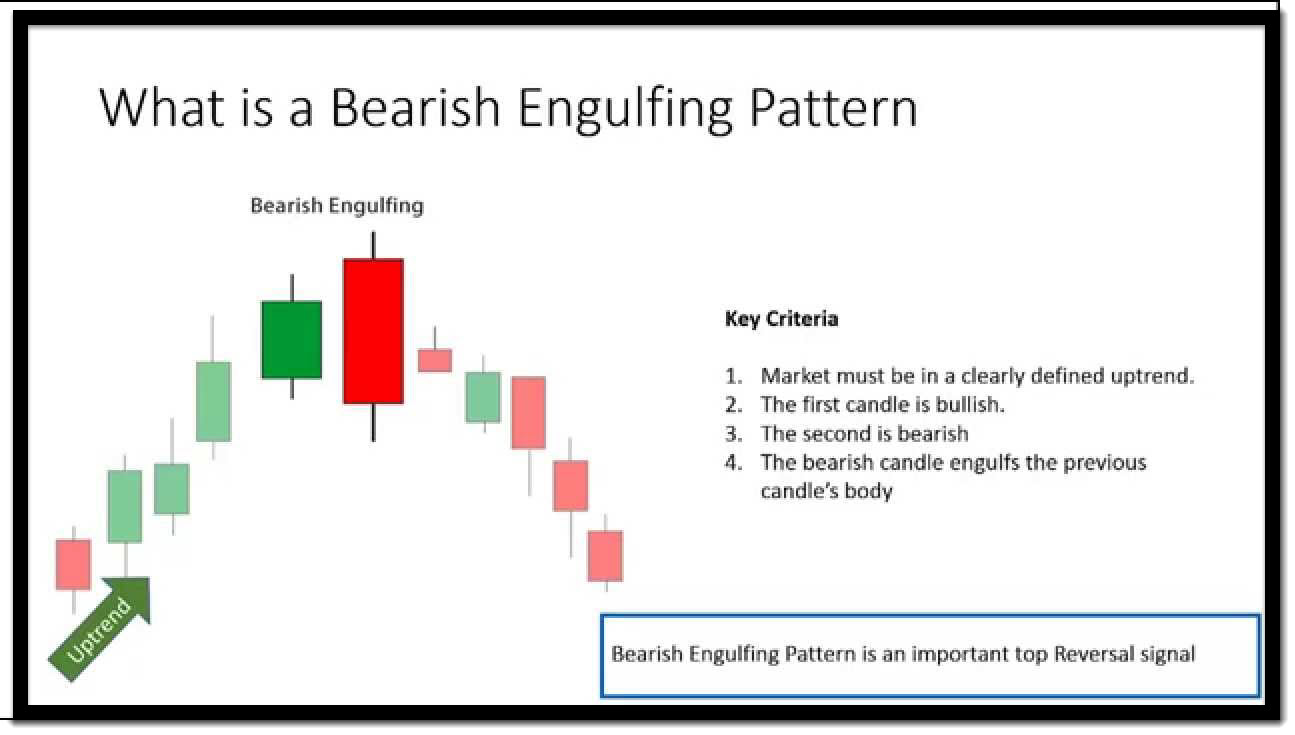 It also increases the likelihood that the highs witness last week Wednesday when gold ran to a seven-year high of $1613, and closed $53 below the high at $1560 was the conclusion of the last leg of a rally which began at $1449 per ounce at the end of November 2019.

The safe haven asset class including gold and silver have softened as a reflection of diminished geopolitical concerns in Iran, and the signing of a phase-one trade agreement between the United States and China on Wednesday, January 15. These fundamental overtones have also resulted in U.S. equities continuing to move to new record closes in the case of the NASDAQ composite, and the Standard & Poor’s 500.

Market participants will look carefully at the content of the trade agreement as very little tangible information is available on what negotiators have accomplished.