The imminent signing of the phase-one component of a comprehensive trade deal tomorrow between the United States and China continue to weigh heavily on both gold and silver pricing. Both precious metals continue to trade lower today with silver exhibiting the largest percentage drawdown of the entire precious metals complex.

As of 4 PM EST silver futures basis the most active March contract is currently down just over a full percentage point. After factoring in today’s decline of $0.18 is fixed at $17.815. Gold futures are also trading lower however with a much smaller percentage daily decline. Currently February gold futures are down $3.30, a decline of 0.21%, and fixed at $1547.40. 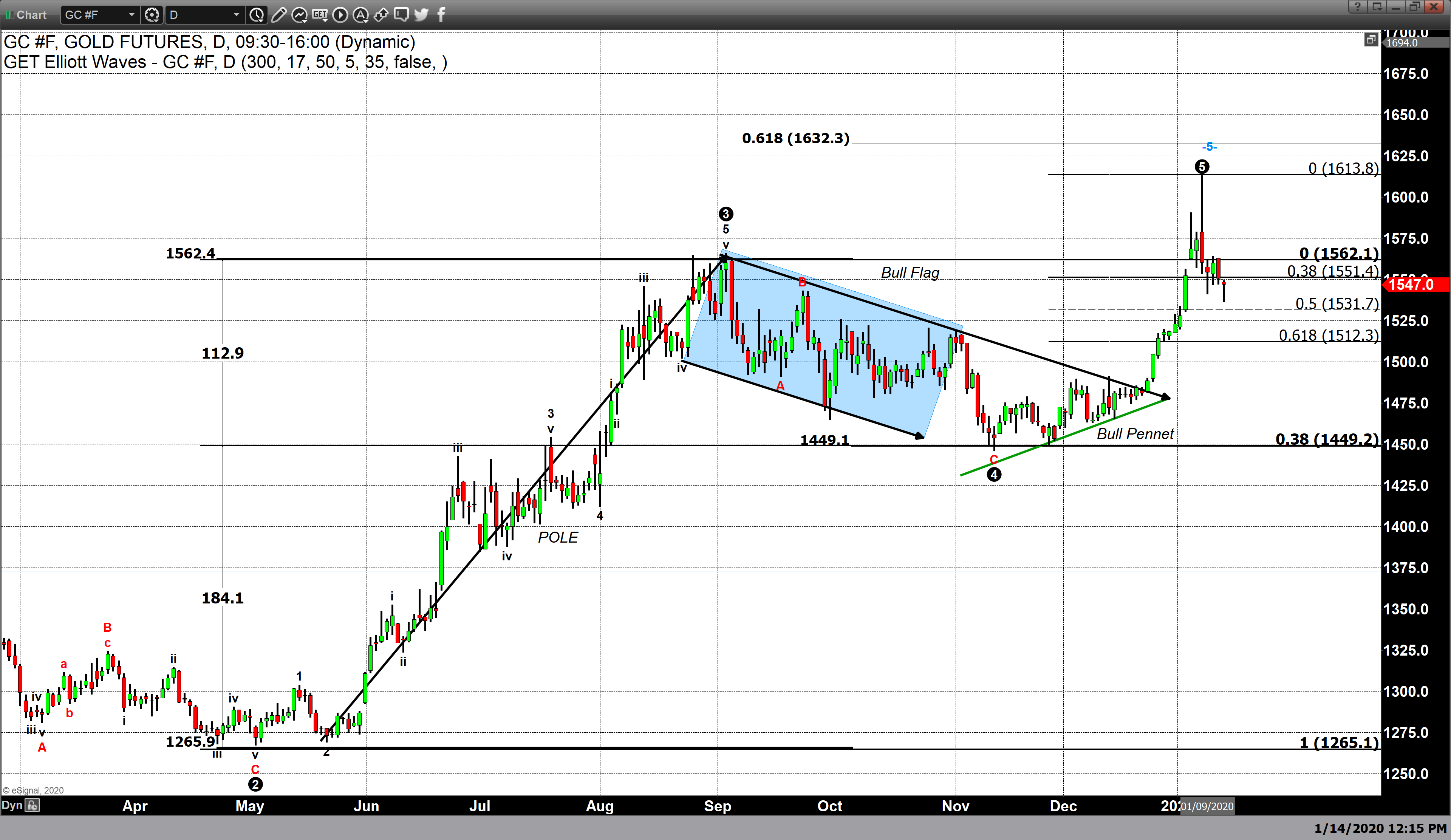 Platinum and palladium are both trading higher on the day with platinum gaining 0.66%, a net gain of $6.50 and currently fixed at $988.60. It is palladium that continues to charge into new record territory on a daily basis. In fact, since December 23 the most expensive precious metal has traded to new consecutive highs almost daily. Today is no exception. Palladium futures are currently up almost 2% (+1.91%), and after factoring in today’s gain of $39.70 is fixed at $2118.80, an all-time record high.

Our technical studies indicate there is still strong resistance for gold at $1562 per ounce, which matches last year’s highest value achieved at the beginning of September last year. Gold had just marginally closed below the potential support level of $1551 yesterday. This was followed by today’s open at $1548.60. After trading to an intraday low of $1536.40 before recovering to current pricing.

Our studies also indicate that the next level of support occurs at $1531.70, a 50% retracement of the last leg of last year’s rally. Below that is major support at $1512.30, is based upon a 61.8% Fibonacci retracement from the same rally.

Also noteworthy was an announcement yesterday by the United States that they have removed China from their list of currency manipulator’s indicating that the relationship between the two superpowers is warming. This positive forward progress has certainly created a risk-on appetite for equities in the United States and globally. A continuation of solid bullish sentiments for equities could continue to pressure both gold and silver pricing.