Gold holds steady above $1,550 even with the headwinds of recent events

Over the last six trading days gold has traded in the narrow and compressed range of $25. This range compression and sideways trading began immediately following last Wednesday’s spike to this year’s high ($1613), and close at $1559. Although the daily range has compressed there seems to be a reluctance for gold to trade and close below $1550 per ounce, which is now become short-term support. The last six trading days there was only one occurrence in which pricing opened and closed below that support level. 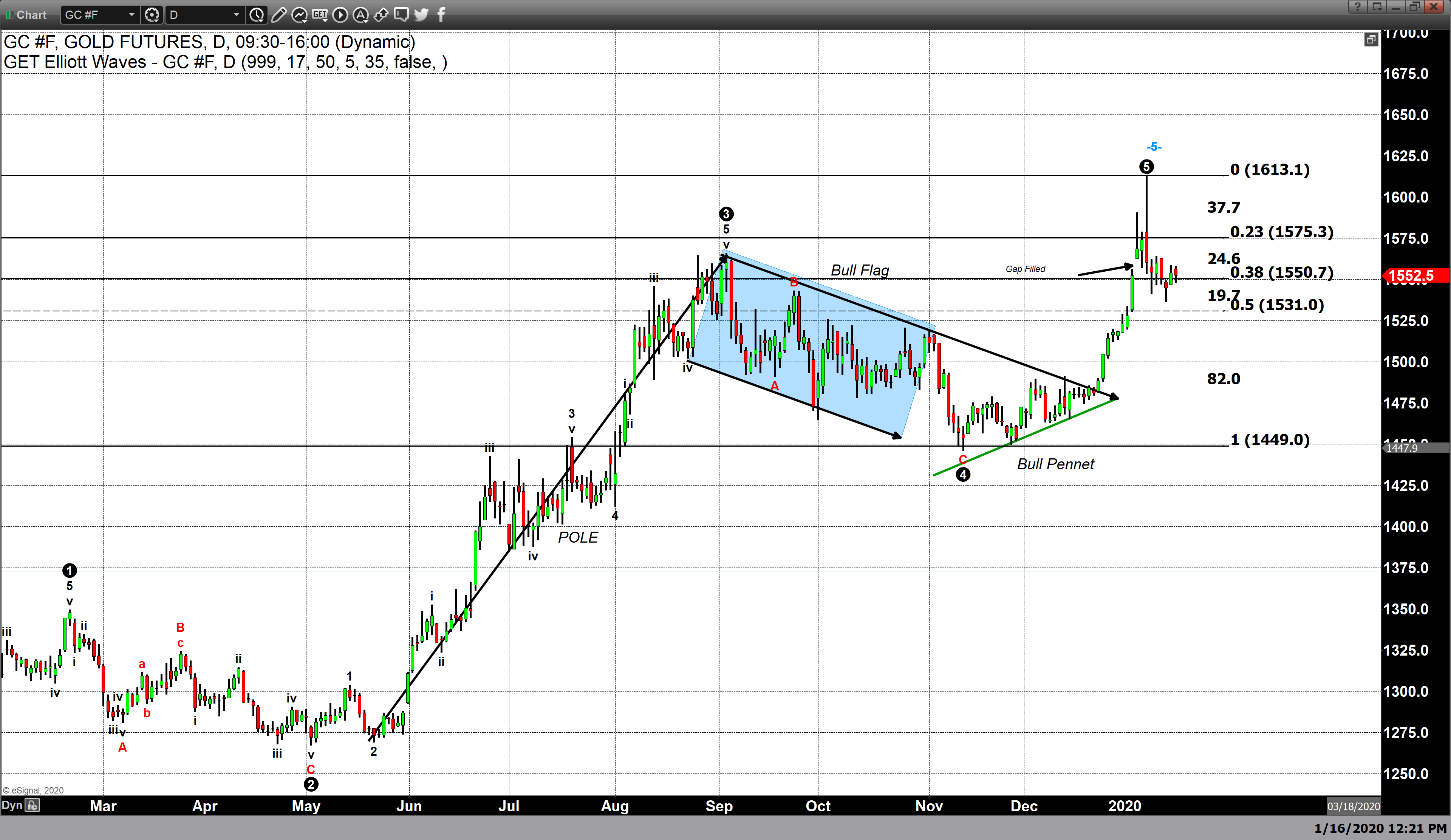 Although gold seems to of entered a corrective stage immediately following last week’s historical rise to $1613, given the reaction to recent fundamental events such as the de-escalation of the conflict between the United States and Iran, yesterday’s signing of the phase-one trade accord, and today’s extremely solid US economic data, gold has held up rather well.

Recent policies by the federal government and the Federal Reserve have been instrumental in maintaining the solid investor interest in the safe haven allure of gold. The budget deficit in the United States in 2019 actually surpassed $1 trillion. This the first occurrence of $1 trillion deficit since 2012.

According to CNN, the budget deficit “gap appears to be widening. For the first quarter of fiscal year 2020, which began on October 1, the deficit grew 12% over last year… the gap between how much the government spends versus how much it takes in -- increased to $357 billion in the first three months of the fiscal year as military spending and health care costs continued to eclipse federal tax receipts. The shortfall stood at $319 billion for the same period in fiscal 2019.”

President Trump had a large part to do with this expanded budget deficit when he issued his tax cuts and a two-year budget deal that increased federal spending.

Add to that was the Federal Reserve’s revamping of its monetary policy. First by cutting rates a total of three times last year, and secondly by accumulating securities, and adding them to their balance sheet. Since September the Fed has accumulated $400 billion worth of additional securities, as they buy an additional $60 billion per month.

Chairman Jerome Powell and the Fed have been emphatic as they stressed that these actions are not monetary stimulus but rather adding liquidity to keep money markets in check. However lower rates and a swelling asset sheet are precisely the definition of quantitative easing. Many analysts believe that this is the beginning of QE4.

Collectively these actions by the government and the Fed are symptomatic of potential economic concerns down the road and if not put in check could certainly add to the potential of an economic hardship down the road.

While it seems clear that the US economy is running on all eight cylinders, it is actions like the ones we spoke about above could come back to bite the US economy.