NOT DONE YET: Trump Cooking Up MAJOR BOMBSHELL!

In 2019, the Federal Reserve's stimulus packages – which SHOCKED the markets, since they represented a full U-turn in terms of policy, compared to the aggressive tightening in 2018 – were one of the primary reasons that the stock market soared by so much.

On multiple occasions throughout 2019, stocks hit new all-time highs. In the 4th quarter, this really intensified and reached historic rally levels. Stocks were green almost on a daily basis.

The FED's balance sheet expansion is one of the major catalysts, as well as the pro-growth Phase 1 deal that China and the U.S. signed yesterday for the willingness of buyers to pay higher prices.

The result is that the stock market is now the most expensive ever, as far as price/sales ratio goes: 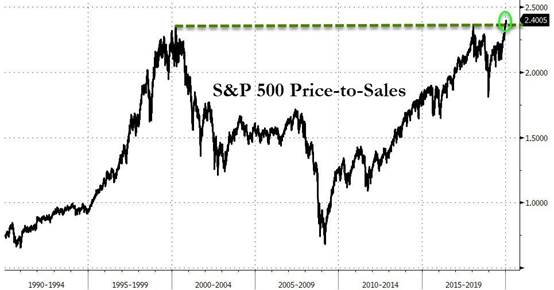 This isn't a good sign for stocks, nor for the economy, in general. To me, it means that these artificially-low interest rates are causing investment firms to purchase stocks, even though they don't really want to, as well as prompting CFOs to issue large buyback programs over spending funds on machinery, research and growth.

The lack of viable alternatives for the trillions of dollars in managed money is creating a situation in which fund managers are acting out of necessity, not out of pure reasoning.

Warren Buffett, who isn't under any pressure to make any moves, has patiently amassed an enormous cash position, which will surely serve shareholders when the time comes to buy big. 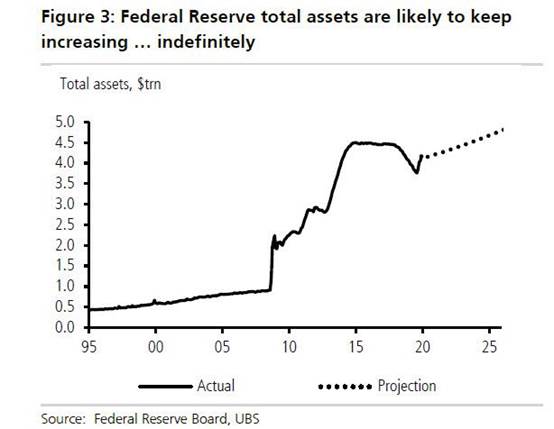 As you can see, the FED is not trigger-shy on its unofficial QE4 plan.

Everyone's been focused on this monetary easing, but the Trump administration is preparing a tsunami of fiscal stimulus in the form of another round of tax cuts for the middle class and lower-income demographics – and they plan to roll it out in 2020!

This means that, on top of the already $1.1T deficit, tax receipts are set to decline dramatically.

The monstrous economic engine, the boom in the markets, the low unemployment rate, the confidence of consumers; all of these are what Trump is banking on to get re-elected.

It seems Trump is looking to make all voters know, right around the time of elections, that he is ready to take drastic measures to let the free enterprise system work, by reducing taxes.

Obviously, if he is re-elected, he'll have to focus on balancing the budget, which is a whole other major topic.