On yesterday's report we spoke about how our technical studies indicated that gold would trade higher, moving to between $1575 and $1594. The studies suggested that the current rally is composed of a counter wave, found in between two bearish corrective waves. Our upside projections are based upon this rally moving gold between 50% and 75% of the corrective wave which took gold pricing from $1613 to a low of $1536. Once this counter wave concludes there should be one final move to lower prices completing the correction. 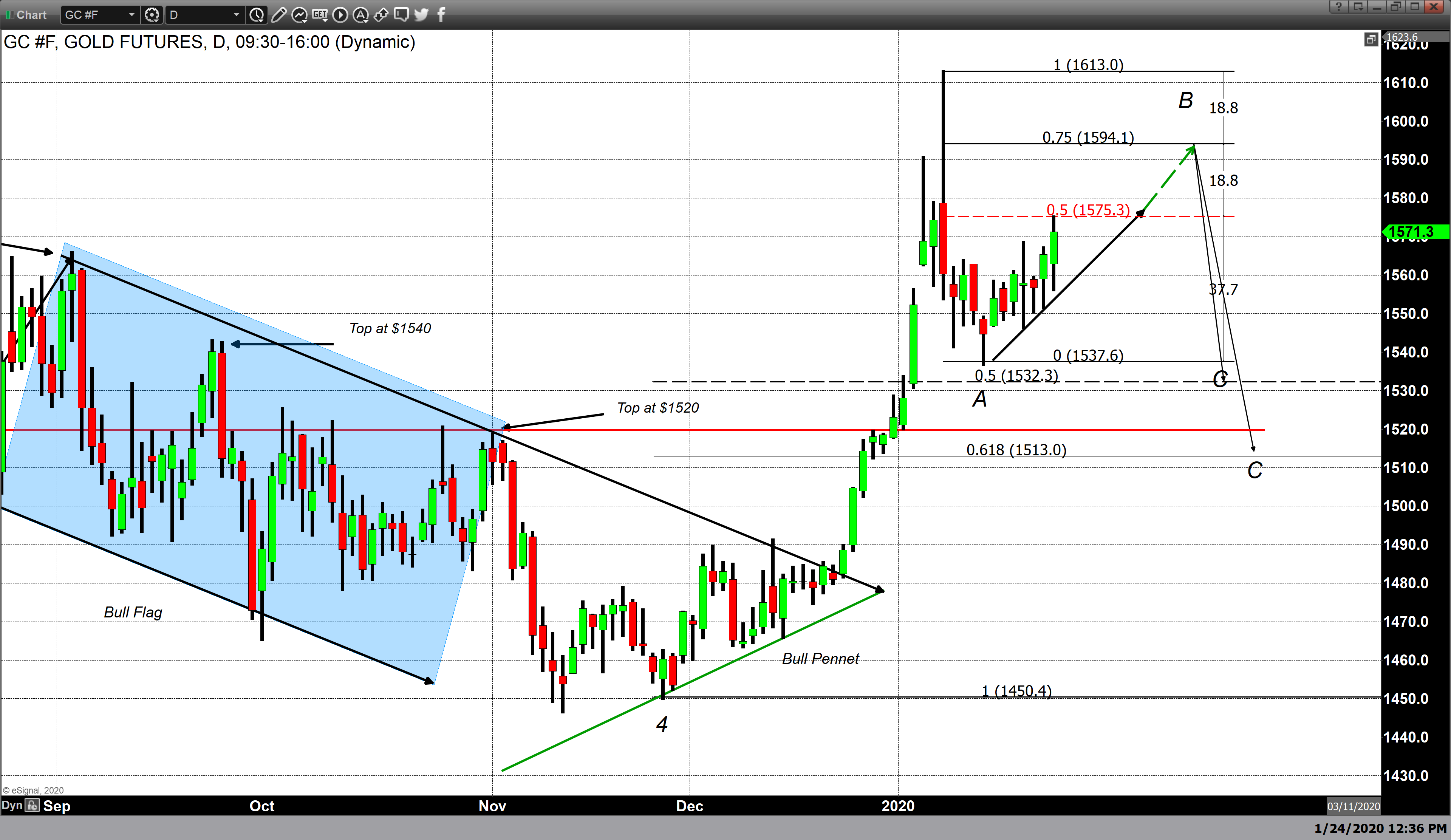 Market sentiment has quickly shifted from risk-on to risk-off with U.S. equities selling off briskly. The S&P 500 is currently down almost 40 points at 3285.70, which is a decline of 1.2%. One major concern is based upon the coronavirus outbreak in China.

Today MarketWatch reported that, “The spread of China’s coronavirus is providing stock-market investors with another reason for near-term caution as major U.S. equity benchmarks trade near all-time highs, analysts said, offering a potential trigger for a near-term pullback.” The spread of this virus could result in conditions leading to a global economic slowdown. China has confirmed 830 cases of the virus, and an official death count of 26.

However, Jeff deGraaf, Chairman of Renaissance Macro research tempered that statement when he said, “we’ve seen outbreak panics in the past and the resulting fear-based moves in the market have been buying opportunities.”

Regardless where this current rally concludes, the recent rally has been impressive and substantial as it traded from $1536 to current pricing. While our technical studies indicate that there is further potential for higher pricing in the short term as high as $1594, it also indicates that this is to be followed by a final corrective wave which will take pricing to $1537 or lower.

The upside to this projection is once the correction has completed gold pricing will return to an extended upside rally which most certainly will challenge the recent high of $1613.