The crack-up boom and gold & silver

Monetary edema: a monetary phenomenon occurring in late-stage capitalist economies when repeated attempts to restore economic growth causes excess money to be trapped in financial markets; asset prices then rise to record levels in a crack-up boom (per Ludwig von Mises), which ends with a “flight into real values [gold and silver] and the whole monetary system founders.”

As aggregate levels of debt exponentially expand in capitalism’s endgame, markets become increasingly destabilized and central bankers become the primary participant in markets they once regulated.

Prior to the 2008 financial crisis, central banks used interest rates to keep monetary growth and economic expansion in relative balance. The 2008 collapse, however, was so severe, the Fed was forced to purchase hundreds of billions of dollars of illiquid subprime mortgage-backed securities (below, colored red) from banks then on the verge of insolvency. 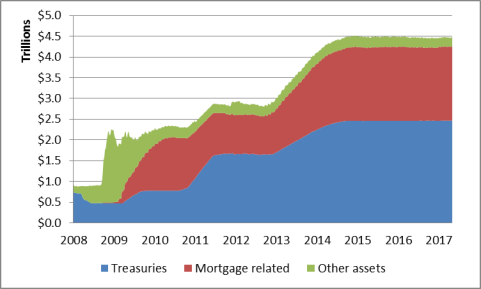 After 2008, the Fed has provided historic amounts of liquidity (over $4 trillion) to financial markets through quantitative easing and zero-rate policy i.e. QE and ZIRP. This was necessary to replace rapidly disappearing liquidity in financial markets caused by powerful deflationary forces unleashed by the collapse of the massive subprime property bubble. 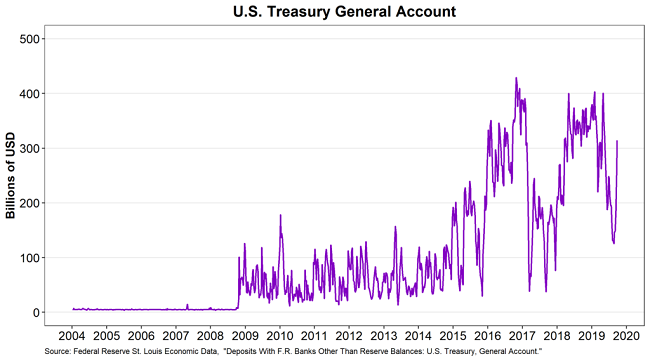 After 2008, the Fed used QE and ZIRP to quickly replace the trillions of dollars disappearing from the economy; but, in September 2019, a crisis in the overnight repo market forced the Fed after an absence of twelve years, i.e. 2007-2019, to intervene in the repo market again. 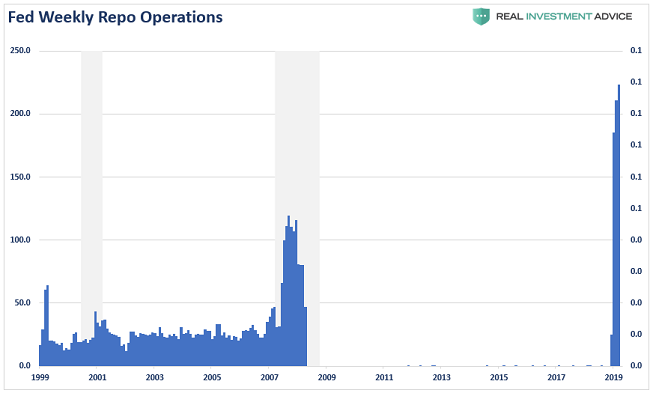 Since its intervention on September 17, 2019, the Fed has been forced to provide an ever-increasing flow of liquidity—to date, over a quarter trillion dollars—to the repo markets. 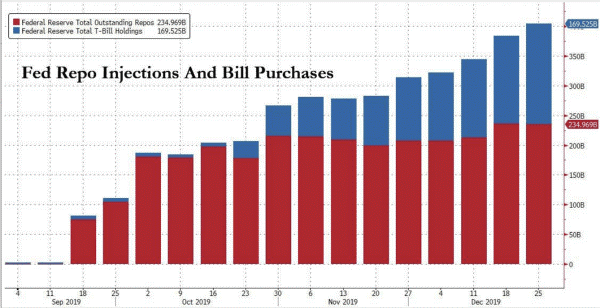 The quarter-trillion dollars however, won’t be enough. The Fed, has badly underestimated how much and how quickly liquidity is now disappearing.

THE FED IS TRAPPED
SO ARE WE

HEDGE FUNDS IN THE CRACK-UP BOOM
Most hedge funds are designed and sold on the premise that they will make a profit regardless of market conditions. Losses aren't even a consideration - they are simply not supposed to happen.
www.investopedia.com 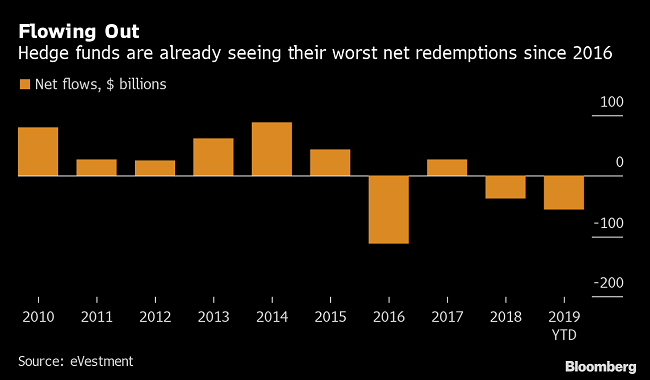 Investors have pulled $63 billion from hedge funds this year…The first two-thirds of 2019 have been rough for the hedge fund industry…The outflows are a continuation of the wave of redemptions that started back up in 2018 when investors pullbed $37.18 billion out of the industry…

Spooked by hedge funds’ worst-ever returns at a time the average fund has lost 20 % this year, pension funds and wealthy individuals alike are leaving hedge funds faster than ever before…Between July and September, investors pulled out a record $31 billion, which helped shrink the industry 11%...A lot of people are looking for liquidity which is causing people to redeem investments
Reuters, October 2019

On June 3 the $4.7 billion Woodford Equity Income Fund in the UK froze withdrawals by investors. The fund was slated to open for withdrawals in December but the UK regulator… announced in October that the fund will not reopen and will be liquidated instead.

On December 4, the UK based M&G Property Portfolio announced it would suspend deals, stating that it could not meet redemptions due to difficulty in selling commercial property. Investors had pulled an estimated $1.2 billion from the fund in the first 10 months of last year.

Supporting the idea that a spike in hedge funds withdrawals is partly responsible for the Fed restoring its cash feeding to Wall Street, the Financial Times reported on October 1st that the CFO of a ‘top-10 US bank’ told it:

“We have plenty of liquidity. We are just choosing not to lend it out overnight to hedge funds.”

My youtube video, 2020: Bucky’s Predictions can be viewed at https://tinyurl.com/vdsdh7y . It’s going to get worse before it gets better.