Market sentiment is based upon the psychological mindset which is used to base future projections upon it can change on perception rather than hard-core information. Today is a good example of that paradigm in action. While the current crisis regarding the coronavirus outbreak in China has changed very little from the recent assessments, market participants chose to lighten their focus on this very serious outbreak. Instead many traders and investors chose to refocus on equities strengthening risk-on market sentiment, as well as moving their attention away from gold as a safe haven asset. 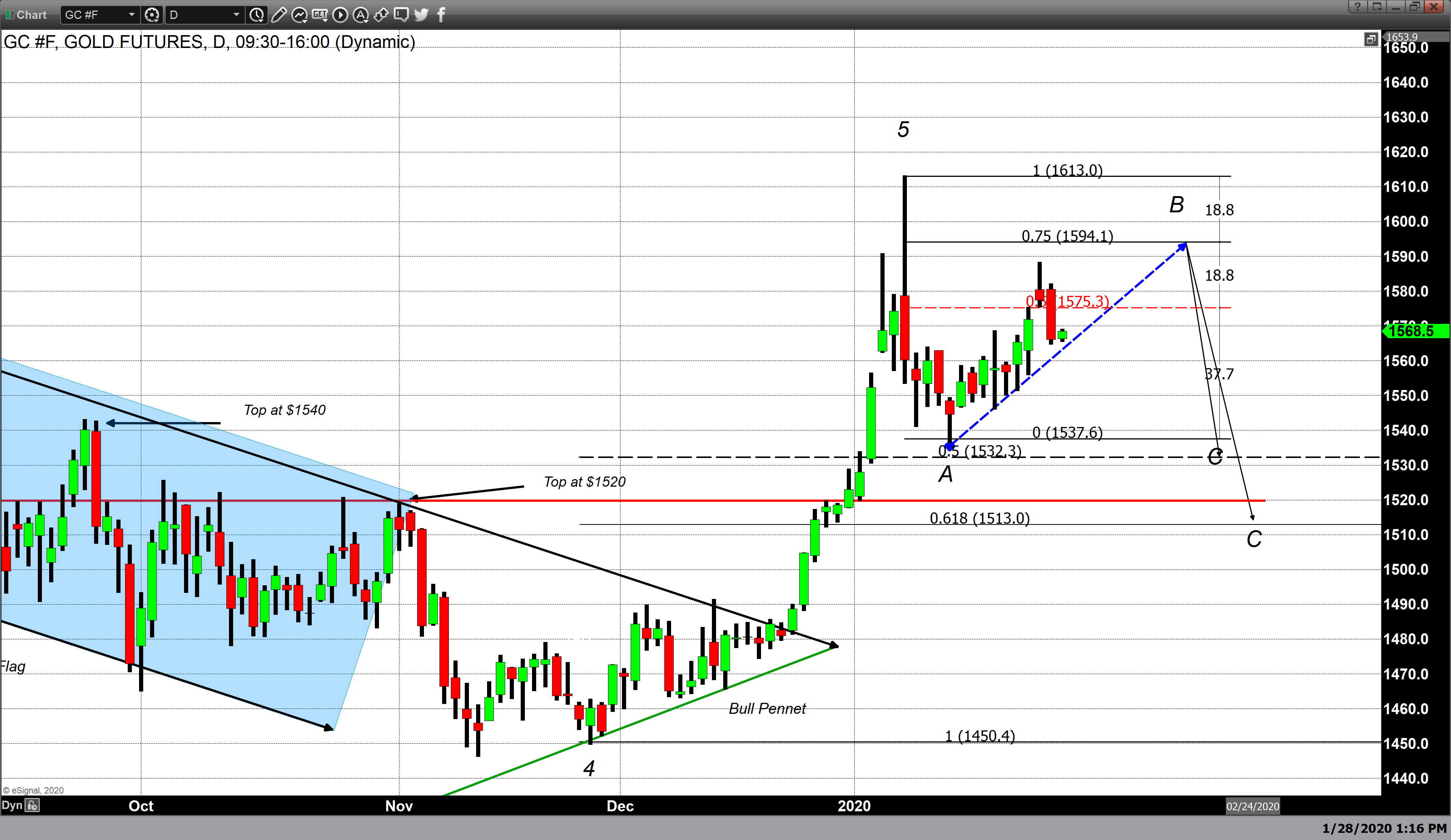 As such we saw U.S. equities regain approximately half of the drawdown which resulted from yesterday’s minor meltdown. We also saw liquidation of gold and silver at the same time taking both of the precious metals lower. Silver was hit the hardest losing 3.38% in trading today. Currently March futures are trading at $17.44 per ounce after factoring in today’s $0.61 decline. Gold also declined on the day and closed at $1566.10 in the February contract, and at $1572 in the April contract which is soon to become the most active.

Over the last few days we have been talking about a model which indicates that gold is currently in a bullish counter wave that is part of the current correction that our studies indicate have not concluded. That being said as long as gold pricing remains above the current trend line which was created from the recent series of lows are not broken, we should see gold continue to climb and close somewhere between $1575, and $1594.

The chart embedded in this report is a candlestick daily chart. The large dashed trend line colored in blue indicates the technical levels that gold must trade above as this counter wave continues. Any real break below this trendline would indicate that the initial target between $1575 and $1594 has been reached even though it was not on a closing basis.

That being said if this model continues to provide valuable information it would indicate one final corrective wave taking prices to between $1532, and as low as $1513 (although I think a correction that steep would be overdone).

The most important factor to take away from this analysis is that if correct indicates that there will be a tremendous buying opportunity once this corrective cycle has concluded. The most exciting part of this analysis suggests that once gold returns to its strong bullish demeanor it should reach and challenge this year’s highs at $1613.