Silver moved higher after the outbreak of the China virus, but was unable to consolidate and has fallen back to the $18.00 level. 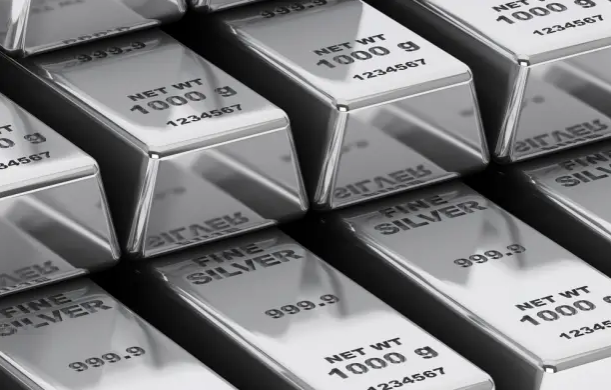 Silver prices rose on Friday, as the outbreak of the China coronavirus sapped risk appetite and alarmed investors snapped up safe-haven assets. Silver appeared to have mustered some momentum to move higher and put some distance away from the 18.00 level. However, this scenario did not materialize, as silver has dipped lower this week. Traders should note that silver often follows gold, and gold prices have moved modestly higher, despite the rise in risk apprehension due to the volatile situation in China. Silver has hovered around the 18.00 level since late December, and the metal has once again returned to familiar territory.

Will Fed Meeting be a Sleeper?

The Federal Reserve is holding its monthly policy meeting and will set the benchmark rate on Wednesday. There does not seem to be much buzz in the markets ahead of the meeting. There has not been much in the way of economic numbers since the previous meeting in mid-December. Fed policymakers appear content with the economic picture and current interest rate policy, which means that we’re unlikely to see any interest rate moves in the near future. Investors will be keeping a close eye on the rate statement, as the tone of the statement could affect market movement.

Silver is pressing on the 18.00 level, which is fluid. I don’t expect the metal to fall much lower, as there are nearby support levels. The 50-EMA line is situated at 17.66, followed immediately by support at 17.50. There is resistance at 18.60, followed by resistance at the round number of 19.00. 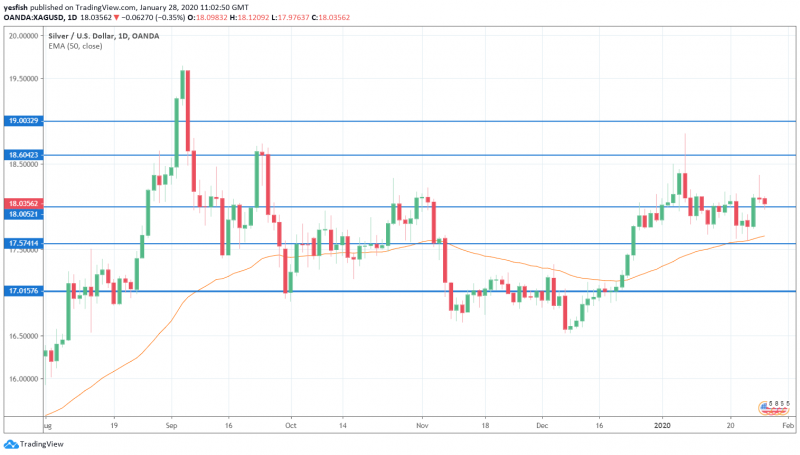