Coronavirus still at epidemic levels, but investors re-focus on equities

(Kitco News) On Sunday, February 2, China’s National Health Commission released its latest figures of the novel coronavirus. Their latest figures released acknowledged that there have been 17,205 confirmed cases to date in China, with the death toll rising above 360. 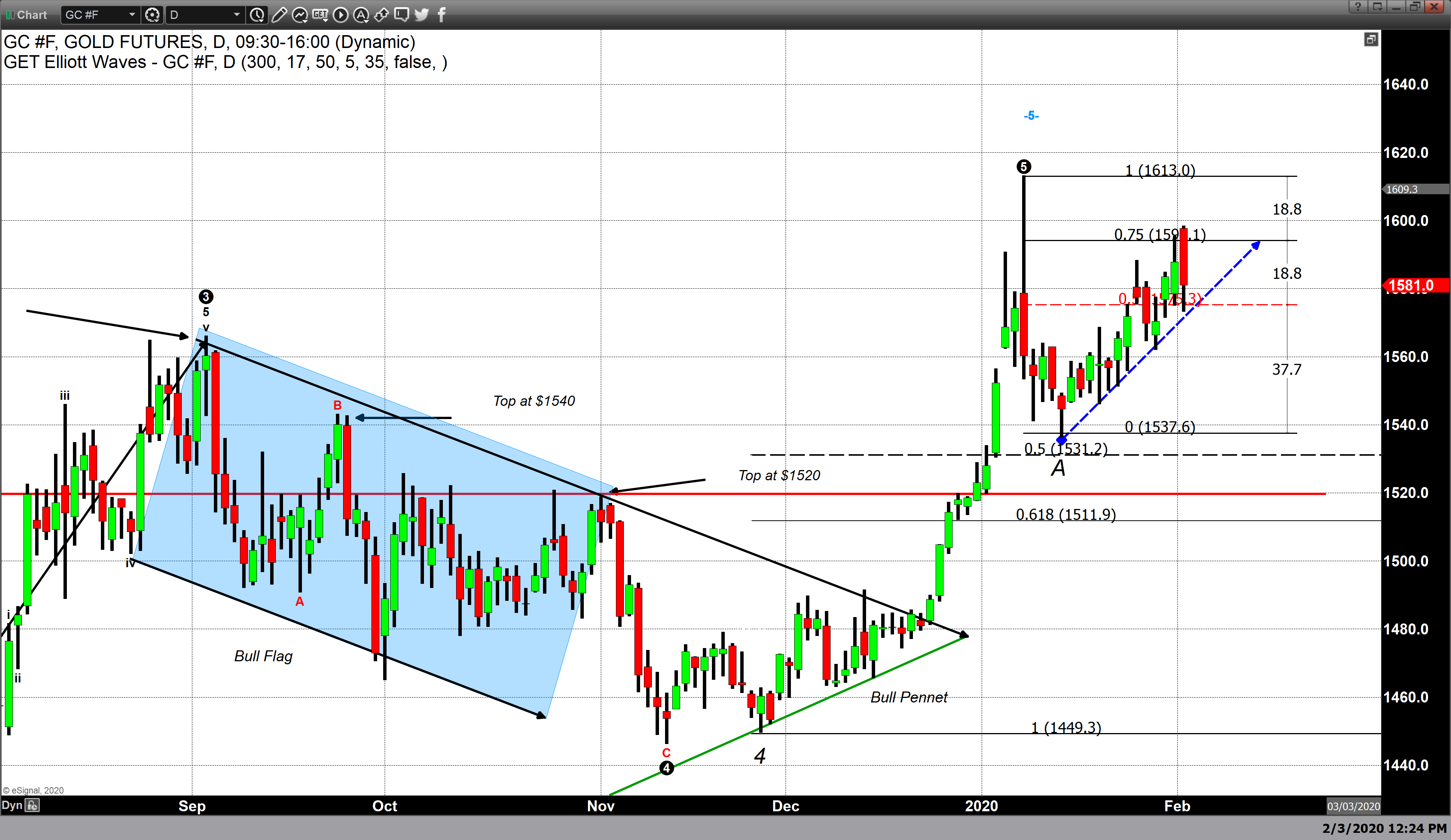 Even though this epidemic continues to spread in China, as well as globally, market participants at least for today have refocused their attention on the fundamentals of U.S. equities bidding all three major indices higher. As of 3:55 PM EST the Dow Jones industrial average is currently up by approximately 150 points, which is a net gain of just over ½ a percent, and currently fixed at 28,404.15. The S&P 500 is up almost 9/10 of a percent, and after factoring in today’s gain of 28.40 points is currently fixed at 3,25404. The largest percentage gainer today was the NASDAQ composite which is currently up 1.40%, or 129 points, and fixed at 9280.32.

This pivot back to market participants favoring the risk on asset group has put pressure on the safe haven asset group specifically gold and silver. Both platinum and palladium are trading higher on the day as an inflection of the industrial component of both of those metals in the automobile industry.

After four consecutive days of higher pricing gold had a moderate decline today, with the most active April futures contract currently trading down $7.00, and fixed at $1580.90. Silver has taken the largest hit giving up just over 2% of value and after factoring in today’s decline of $0.36 silver futures currently are fixed at $17.65.

On a technical basis even though gold has sustained a moderate decline today, the lower pricing has not caused any major chart damage. Technically speaking we have been looking at our support trend line which has been created from the series of higher lows beginning on January 14 when market forces took the precious metal to approximately $1536 per ounce. Since that time, we have seen the majority of trading days result in higher lows. Most importantly today’s low remains above that support trend line.

Given the renewed optimism evident in today’s U.S. equities gains, as reported in MarketWatch today Mohamed El-Erian, the chief economic advisor to Allianz doesn’t appear impressed by the bounce shaping up for U.S. stocks. In fact in a guest column he wrote for the Financial Times he “urged against buying the dip when it comes to the stock-market reaction to the spreading coronavirus, arguing that the long-running play of dismissing downbeat fundamentals on expectations central banks will be able to ride to the rescue could prove misguided in the current environment.”

His cautionary statement in light of the fact that the coronavirus is an uncontained epidemic which continues to infect larger numbers in China, and continues to spread to countries worldwide. Until this epidemic begins to diminish, along with fears of this disease morphing into a pandemic we could see data suggesting that the economic global fabric is contracting. Until affective treatment, vis-à-vis a vaccine, and reasonable levels of containing the spread of the virus have been initiated many analysts including myself believe that we are not out of the woods yet.