For the last five consecutive days the U.S. dollar has gained in strength. Over the last three consecutive days gold has been able to overcome dollar strength and close in positive territory. After reaching a low of approximately $1550 on Wednesday, market forces reversed the selling pressure that was evident on Monday and Tuesday and close higher not only Wednesday, but also Thursday and Friday. Today gold futures basis the most active April contract is currently trading up by $3.80 and fixed at $1573.80. 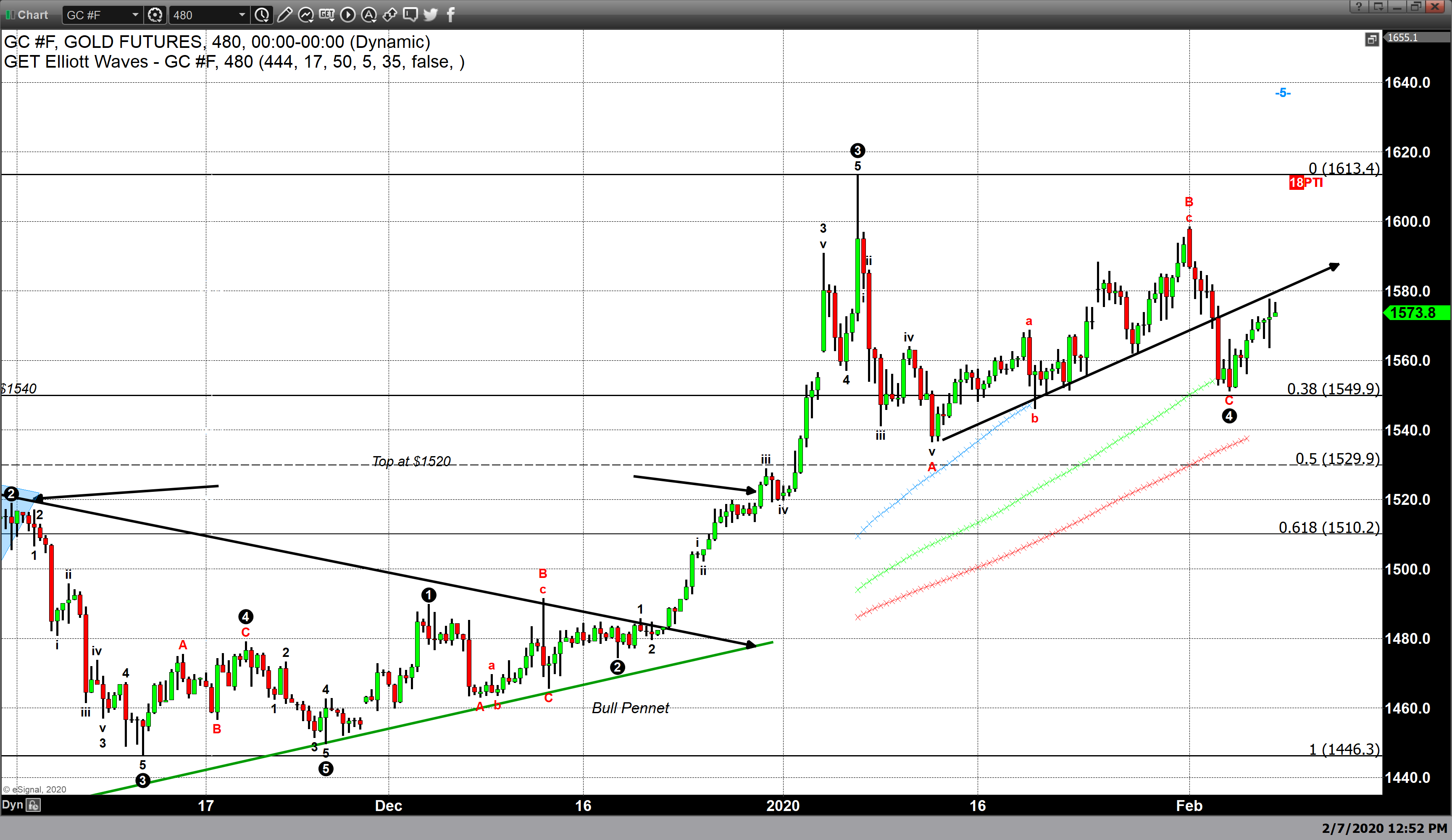 Dollar strength is evident in the current pricing of spot gold. As of 6:00 PM EST spot gold is fixed at 1570.20. According to the Kitco Gold Index today’s gains of $3.80 are actually dwarfed by dollar strength. Normal trading was able to add $7.55 in value today, which diminished once today’s dollar strength was added to the mix.

Nonetheless gold has been running very strong since Wednesday. Monday and Tuesday of course were a very different story. On Monday gold opened just shy of $1600 per ounce and by the close of trading on Tuesday had dropped to $1552 per ounce. On Wednesday although gold pricing opened above Tuesday’s close it would make a new low at $1551 before recovering and closing solidly higher. This was followed by yesterday’s double-digit upside move, and today’s gain of $3.80 was still not enough to turn the week around and ended the week $24 lower.

Gold’s recent bullish demeanor is a direct reflection on the current outbreak and spreading of the coronavirus. The death toll continues to rise now at 638 reported deaths, and 31,000 reported cases since the beginning of January. This according to China’s National Health Commission.

One major repercussion from this health crisis is recent action by central banks globally. On Monday and Tuesday of this week the People’s Republic Bank of China added vast amounts of liquidity. This was followed by the central banks of Russia, the Philippines as well as Japan and Europe. Central banks worldwide are attempting to lessen the economic contraction that is a direct result of the coronavirus.

Given that there is no vaccine or treatment for the coronavirus, it seems likely that global economies will continue to contract and that will force the hand of many central banks to maintain an accommodative stance. The net result of all of these factors will most certainly provide bullish market sentiment for gold.