Is yesterday's USDX decline about to trigger PMs rally?

Although its decline was not yet significant, the USD Index finally declined yesterday. Given the recent breakout above the November 2019 highs, this move lower might leave one with mixed feelings.

The USDX in the Short Run 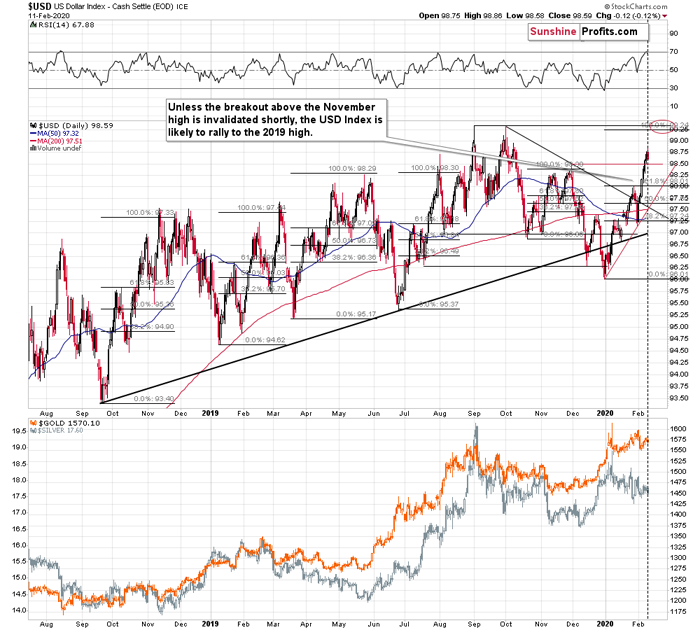 On one hand, the USD Index just closed above the November high for the third consecutive trading day, which confirms the breakout, and is a bullish factor.

On the other hand, the USD Index reversed right at its triangle-vertex-based reversal as we had indicated yesterday.  Plus, it did so after a big short-term rally and while being very overbought from the short-term point of view, as confirmed by the RSI indicator. The latter moved above 70, and in the past 1.5 years, this meant a local top in each case.

There are more bearish factors for the short term than the bullish ones, and RSI’s ability to detect short-term tops is uncanny. Consequently, in our view, USD’s outlook for the next several days is bearish.

The USD Index is likely to drop to approximately 98 or even lower, to the rising red support line, and the precious metals market is likely to react by rallying. Since the decline in the USDX is not likely to be very big, this move is not likely to take a lot of time. This means that PMs are likely to rally from here, but not for long.

PMs in the Meantime 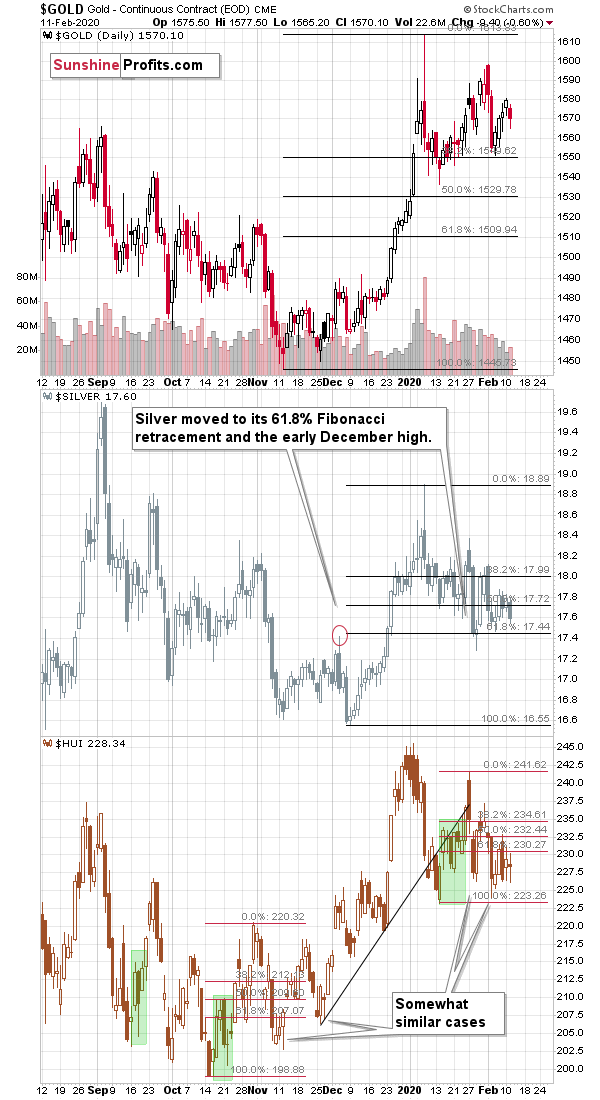 Overall, the situation and outlook for the precious metals market seems to be just as it’s been previously. PMs and miners are likely to move higher in the very short term, as the USD Index is likely to decline for the next several days or so. As that’s likely the final part of the rally, silver is likely to outperform, even though it’s not doing so right now.