Across a wide spectrum of the financial market’s traders experienced a true meltdown in pricing today. U.S. equities, gold and silver, as well as the U.S. dollar index all traded significantly lower today. Briefly breaking below 27,000 the Dow Jones industrial average traded to a low today of 26,997.62, before recovering slightly finishing at 27,082.18, an 879.30 (-3.15%) point decline. The S&P 500 also gave up a little over 3% in trading today, with the NASDAQ composite taking the smallest percentage drawdown declining 2.76%. 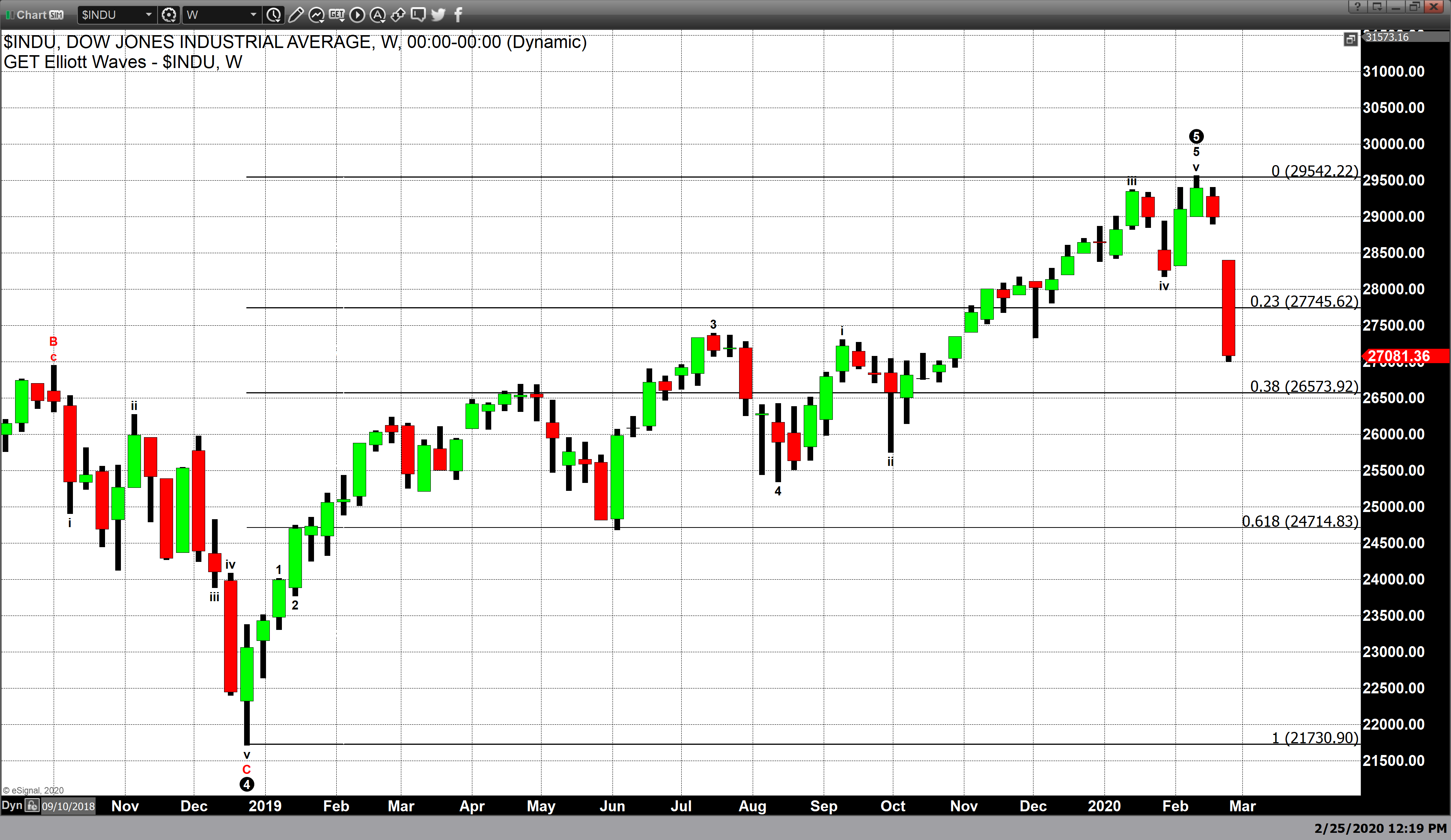 These moves in equities were truly significant, in fact according to MarketWatch the Dow marked its worst two-day point slide in history.

“The Dow Jones Industrial Average DJIA, -3.15% was off 929.92 points, or 3.3%, at its Tuesday nadir at 27,030.88, a day after the blue-chip benchmark rang up a drop of more than 1,000 points, representing its third-worst daily point drop in the index’s 124-year history. The Dow finished Tuesday down nearly 880 points to mark its sharpest two-slide in point terms, about 1910 points, for the Dow in its history, according to Dow Jones Market Data.” 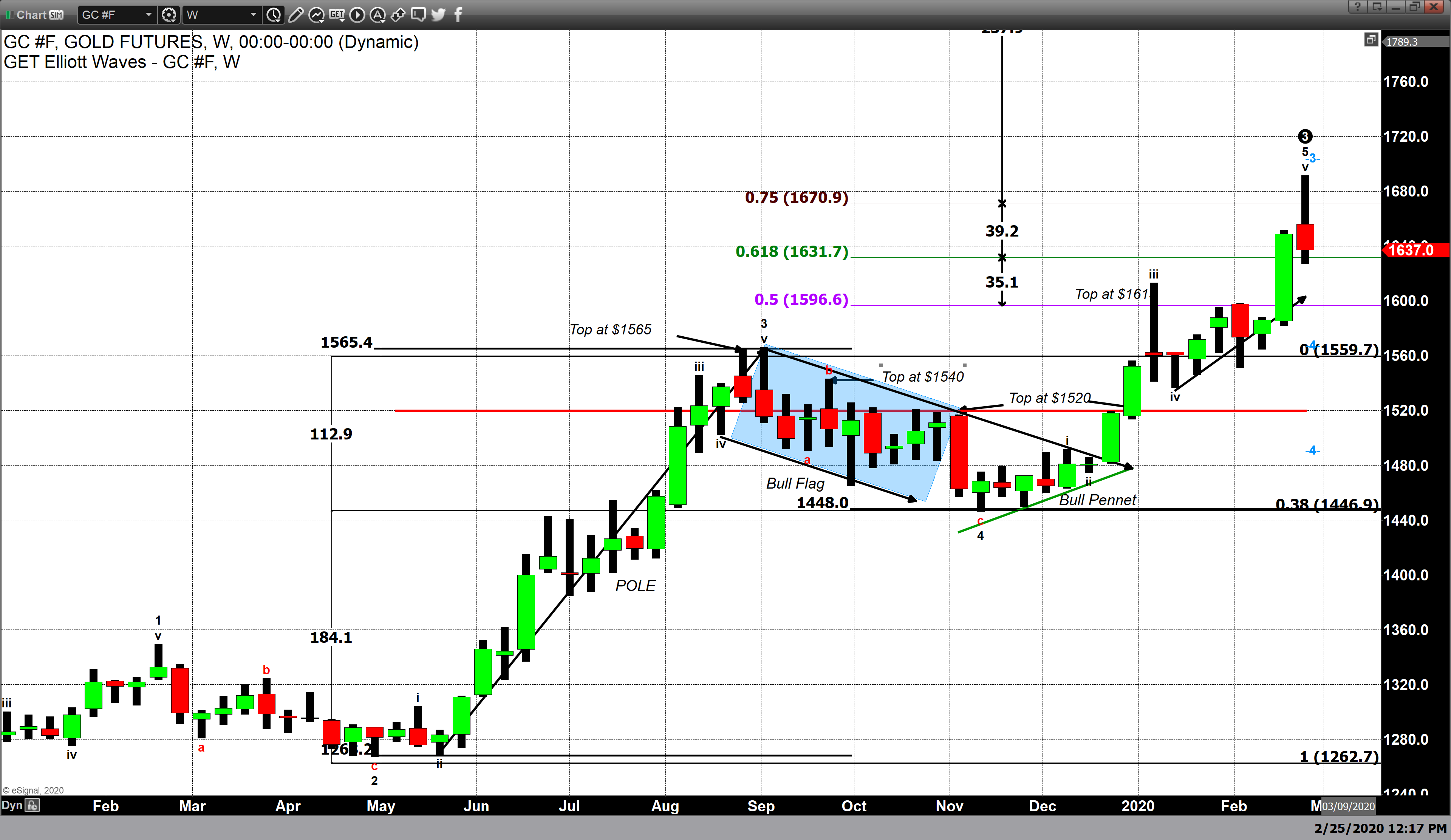 Market participants, investors and analysts have witnessed this type of financial carnage before. In 2008 U.S. equities sustained a tremendous correction, and safe haven assets such as gold and silver sold off concurrently. This unusual strong correction sustained across asset classes occurs as mass liquidation and fear fuels investors market sentiment. Many investors liquidate gold assets to account for margin calls, or losses that they might have accumulated in U.S. equities. Another explanation is that this is simply an opportunity to pull substantial profits out of the gold market which had traded to a seven-year high yesterday as traders bid the precious yellow metal higher and unsuccessfully challenging $1700 per ounce by under $10.

Our technical studies currently indicate that there is potential support at $1631.70, which is based upon the .618% Fibonacci extension of the last rally which began around May of last year at $1252, concluding at $1565 the record high of 2019. Major support for gold occurs at the 50% retracement level at $1596. If gold continues to trade lower these are the two price points that we would watch carefully for signs of a pivot or key reversal.