Why gold got sold

To reason why, be it "theirs" by traditional Tennyson, or "ours" by contemporary culture, is oft a subjective exercise in futility, fatality for those in "The Charge of the Light Brigade", frustratingly for those in the discharge the Gold cascade.

Moreover, we've put forth in many-a-missive over the years that "change is an illusion" -- which for Gold this past week was -8.7%, its worst such performance since that ending more than 41 years ago on 03 November 1978 -- whereas "price is the truth" in settling out the week yesterday (Friday) at 1529.

"You're illusionary, mmb, maybe even delusionary..."

Now just stay the course here, Squire. Absent the coronavirus affair and its globally geometric repercussions, we'd be feeling pretty good right now about Gold's present level of 1529: that's +16.8% from where 'twas one year ago at this time. Or put another way, if told a year ago at Gold 1310 that 'twould be 1529 in a year's time, one would be joyously over the moon! By the same time frame, the S&P 500 today is -2.9%. The truth is: for the Gold Bull, 1529 today is far better than was 1310 a year back. So get up and blow off some of that angst with your happy dance! (Yeah, 'tis not that easy).

Nonetheless, never have we been asked one particular question so much in recent weeks as "Why isn't Gold going up?" Folks in the know as well as those who don't know are prognosticating Gold 2000, even 2500, by May. But to answer the salient question without going "online" to seek that which others have opined, let's simply look at a few facts, fivefold as follows from the "Facts, Hercule, Facts Dept."

¦ 1) For the third successive week, Gold was unable to move materially above our call for 1675 as this year's high, price peaking at 1704 this past Monday. We shan't keep repeating the following chart, but again, here is the updated pink overlay of Gold's daily bars this year-to-date on top of the year-and-a-half range of pricing congestion which ran from 23 September 2011 through 08 February 2013. Simply stated, Gold -- which again already is +16.8% year-over-year -- just cannot (as yet) muster the puff to bust up through that overhead pricing mass:

¦ 2) Up until a week ago, we'd resisted referring to the markets' coronavirus reactions as a "Black Swan", because unlike its prior pond appearance back in 2008/2009, money this time 'round had been pouring into the Bond. But to again quote the above-pictured Inspecteur Jacques Clouseau: "Not any mooouuurrr..." This past week the Bond joined the balance of its BEGOS Markets brethren (Bond / Euro / Gold / Oil / S&P) in unceremoniously un-bonding from the ceiling such that -- just as was the case in 2008/2009 -- the ebbing tide from the Black Swan's paddling by lowered all the BEGOS boats, including the Gold baby being thrown out with the pond water.

¦ 3) Similar, too, to 2008/2009, as well as on other occasions, 'tis being dismissed that Gold is money; rather 'tis from time-to-time tossed about as a commodity. Honestly, that's really dumb, however the market is never wrong, and moreover, one cannot take away profitability from those who've benefited by getting it right, being their having deemed Gold as money, a commodity, a relic, or a knee-jerk correlation play. The key correlation for Gold -- lest we never forget -- is its ultimate valuation to currency debasement, which by the Gold Scoreboard at the top these missives places price today at 3016. Please do not be in the majority that miss out on that inevitable run.

¦ 4) As oft evolves in times of global strife such from this corona case, human compassion is replaced as the lead story by finger-pointing as to why it all happened. Thus the geo-political element -- which you'll recall we hadn't really regarded as being in this corona mix -- is now front and center. And we've seen ad nausea what the price of Gold does after rising into geo-political discord: it turns tail really fast.

¦ 5) And then, of course, there is dear old "Dollar strength" -- its Index burdened by six currencies and which moves with the finesse of a battleship -- nevertheless sprinting +2.9% this week for its best such gain in nearly five years. Yes, we do go on at times that Gold plays no currency favourites, but in this "nuthin' but the buck" week, the Dollar went way up and Gold went way down.

To reason why, indeed.

Yet, there's the upside effect of all that lovely, fresh central/sovereign bank accommodation awaitin' in the wings. Our call for 1675 as the year's top (again exceeded only to 1704 thus far) may well be deemed in the rear-view mirror by year's end as "conservative".

But first there's "The Now", Gold's fallout being enough to curtail the 11-week run of parabolic Long trend in flipping it to Short as indicated by the encircled red dot shown here in the weekly bars from a year ago-to-date. That's one big bearish "engulfing" rightmost bar there, the prior support swath from November/December being the 1490-1446 range. And if you think Gold netted a tough week, Silver dropped below the radar: -15.3%. The current Gold/Silver ratio of 104.1x is record-setting:

Now: whilst 'tis still too early to calculate the recessive aspects of the coronavirus on the world's economies, we did a week ago preview the University of Michigan's Sentiment Survey which was targeted to drop from 101 for February to 96 for March's initial reading. Indeed it came in at 96, which by consideration of the average reading since 1998 as 87 was pretty darn good. Yes, the survey likely was completed prior to The WHO (not the band) declaring corona as pandemic; UofM's revised reading is due 27 March. Adding to the past week's flip-over by the Baro were deflationary February reports for both wholesale inflation and export prices:

Putting into perspective the Federal Reserve Bank moving to purchase Treasury securities and float The Street with short-term loans on the cheap, the $1.5 trillion injection can be likened to the pace of liquidity as fostered during a time of "quantitative easing" when the monthly dosage was upped to $85 billion/month 'round the start of 2013; thus $1.5 trillion is (at that pace) some 18-months' worth.

Worth perhaps a look away from your screen is elicited by our two-panel Gold graph of its daily bars from three months ago-to-date on the left and its 10-day Market Profile on the right. We'd written two weeks back about Gold's "Baby Blues" -- those dots of linear regression trend consistency -- having started to kink lower, their prescience now bearing-out brutally. That, in turn, is reflected in the Profile which from high-to-low spans 200 points:

The same can be stated, even more acceleratively, for Silver, her daily bars and Baby Blues at left, and plunging Profile -- 17.60 to 14.46 (nearly -18%) -- at right. In just these past three weeks, Sister Silver has relinquished all that she gained since late May of last year:

All of which brings us down to The Stack:

Gold's Value per Dollar Debasement, (from our opening "Scoreboard"): 3016

We thus wrap with that for which to watch: coronavirus recoveries exceeding coronavirus infections. Purportedly, there already in Asia is evidence of such. The unknown remains -- that as detection methods improve -- how many of us have been, are, or shall become infected. Regardless, upon recoveries truly exceeding infections, 'twill both lift the human spirit and markets' prices -- and in hurried manner at that. So mind those around you and mind your Gold; don't allow yourself to be short sold! 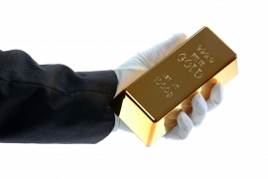