Today gold pricing skyrocketed and broke strongly above Friday’s close. This incredibly strong move is based upon the release of a statement by the Federal Reserve at 8:00 AM EST, and the inability for the government to agree on a proper fiscal stimulus package.

As of 5:20 PM EST gold futures are currently trading up by $78.20, which is a 5.26% move to the upside, and fixed at $1566.30. Gold futures traded to a high of $1574.80 before backing off to current pricing. Gold was not the only precious metal to surge. In fact, the entire complex traded a minimum of 3 ½% higher with silver taking first place in terms of greatest percentage gains. 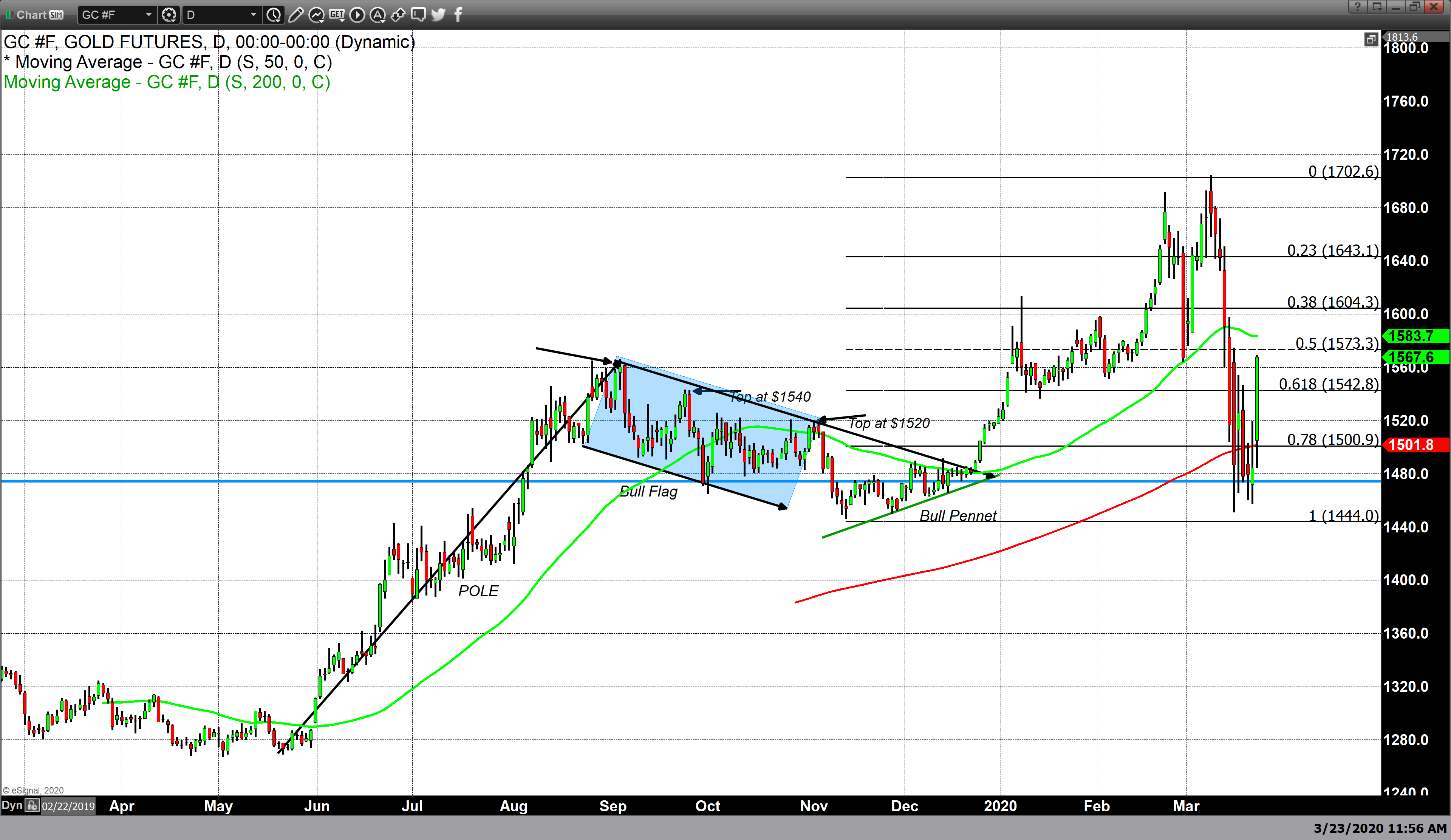 The key to the statement by the Federal Reserve was that “aggressive action” is needed and they will begin a new unlimited phase of quantitative easing. This will begin with the central bank allocating $300 billion to new lending programs to aid the majority of sectors in the financial markets.

According to MarketWatch, the statement said the “Federal Reserve will purchase an unlimited amount of treasuries and securities tied to residential and commercial real-estate to ward off the credit crunch.”

According to Jeffrey Bergstrand, Professor of finance at the University of Notre Dame, Mendoza College of Business said that there are two notable differences with the Fed’s response to the financial crisis of 2008 – 2009.

In this case, “The Fed is acting more quickly to try to ward off layoffs and is using all available channels to generate liquidity — Treasury, commercial paper, corporate bond, municipal bond markets — by buying assets across the board. It is the speed of the expansion across a broad array of assets that is unprecedented.”

Quantitative easing is only part of the actions taken recently by the Federal Reserve. They have set up three new emergency lending programs. They have also implemented a program to support small businesses and consumer loans. They also have promised to begin a program which would in effect increase the “Main Street lending program”.

Although the announcement by the Federal Reserve ignited precious metals pricing it did not have the same effect on U.S. equities which once again traded lower on the day. In fact, the Dow Jones industrial average has lost over 10,000 points in 2020. Today the decline in the Dow was 582 points and is currently fixed at 18,591.93. 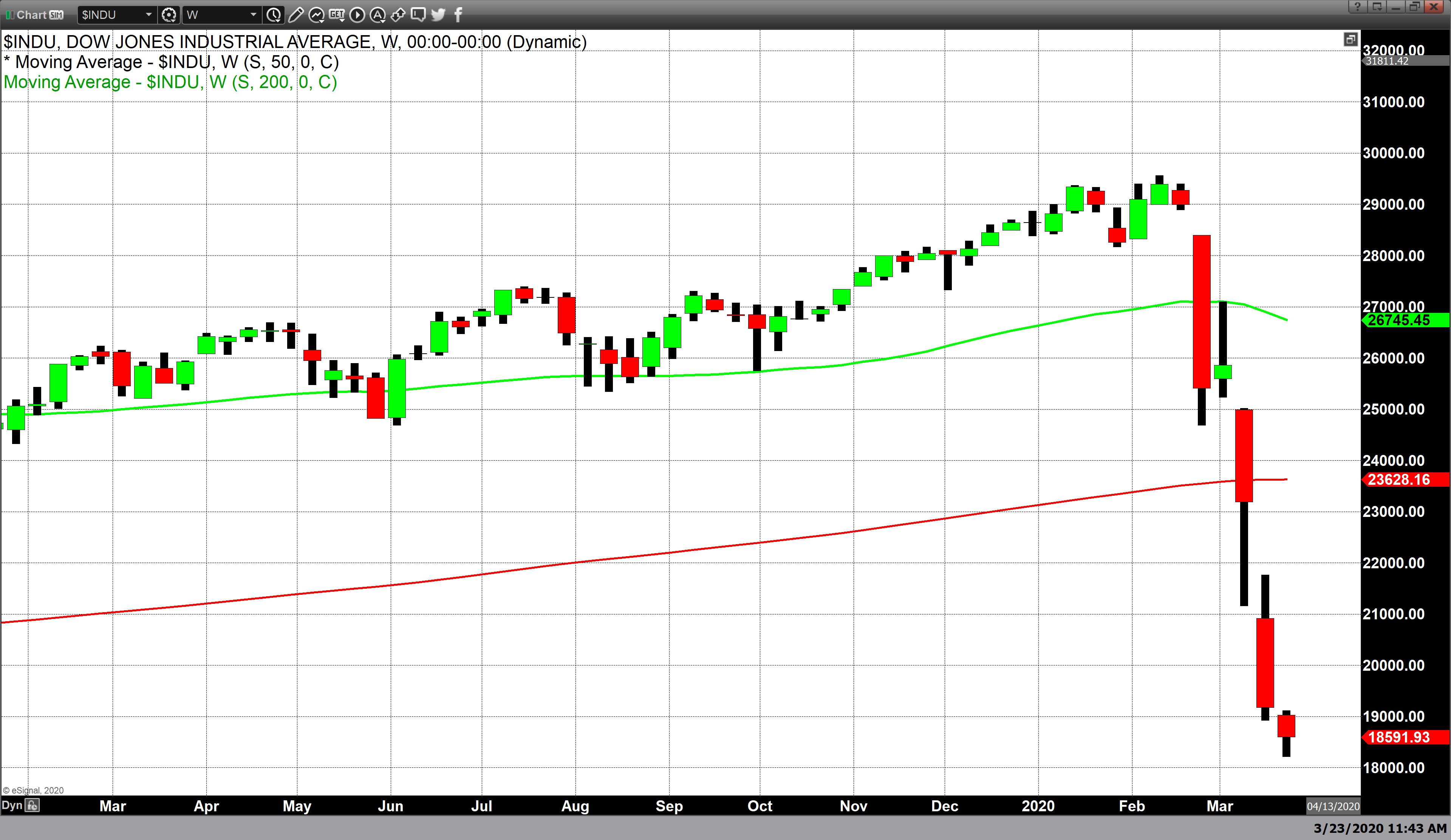 All things being equal it is unlikely that what we are seeing in terms of gold’s spike today as a one-day wonder. It is this author’s belief that this is the beginning of a major rally which could carry gold to much higher pricing over the next 30 days. While there are analysts that feel gold will run to $2000, effectively it is my belief that we will see gold run to $1700 over the next 30 to 45 days.