The rally which began in gold yesterday continues, now in its second day with substantial gains. After yesterday’s $60 advance which took gold pricing from $1507-$1567 ignited the second stage thrusters as it achieved terminal velocity and entered the stratosphere on its journey to the stars and even higher pricing.

As of 5:41 PM EST gold futures basis the most active April contract gained $101.40, a 6.47% gain and is currently fixed at $1669.00. Last night fast market conditions continued with wild price swings and a true disconnect between futures pricing and spot pricing occurred in London. 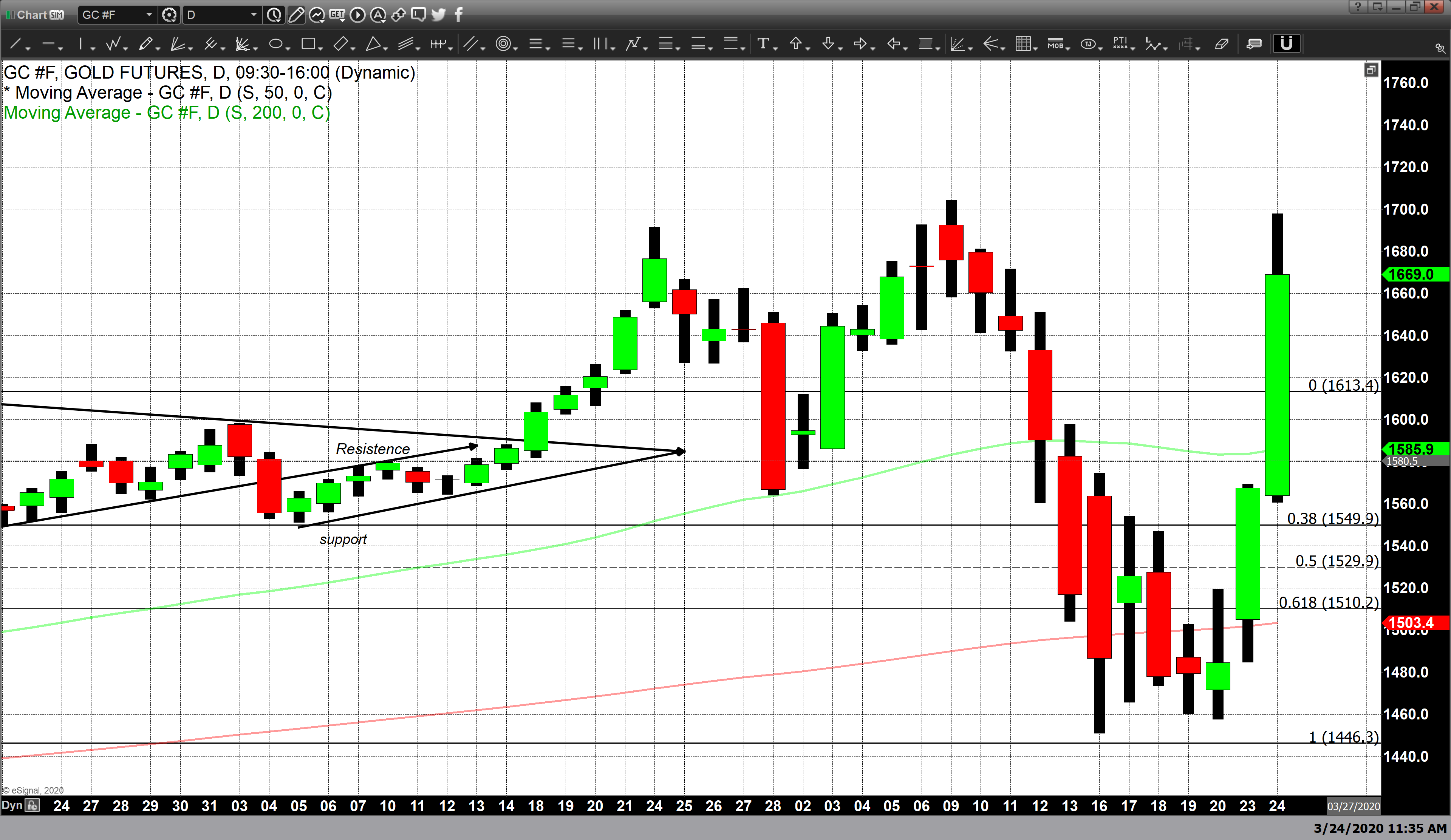 In fact, the spread between futures and spot gold became so great that major players began to accumulate futures contracts due to their belief that the spot prices were not a true reflection in line with the reality of this strong rally. This caused gold to trade to an intraday high last night of $1698 per ounce. Now the for the third time gold has unsuccessfully challenged to break the $1700 ceiling.

According to Jim Wyckoff of Kitco News, “Apparently, big gold traders and commercials in Europe who normally would base their trading decisions on the London spot price rushed to buy Comex gold futures when they could not get what they felt were accurate or fair London spot gold prices. Also, there are reports the supply of physical gold bullion worldwide is now hard to come by, if not almost impossible to secure in some cases. That is leading to ideas that futures traders long (buyers) the gold market in the nearby contracts could hold their positions into expiration of those contracts and thereby take delivery of physical gold, per futures contract specifications. Such a scenario seems untenable if it were to actually occur in large fashion.” 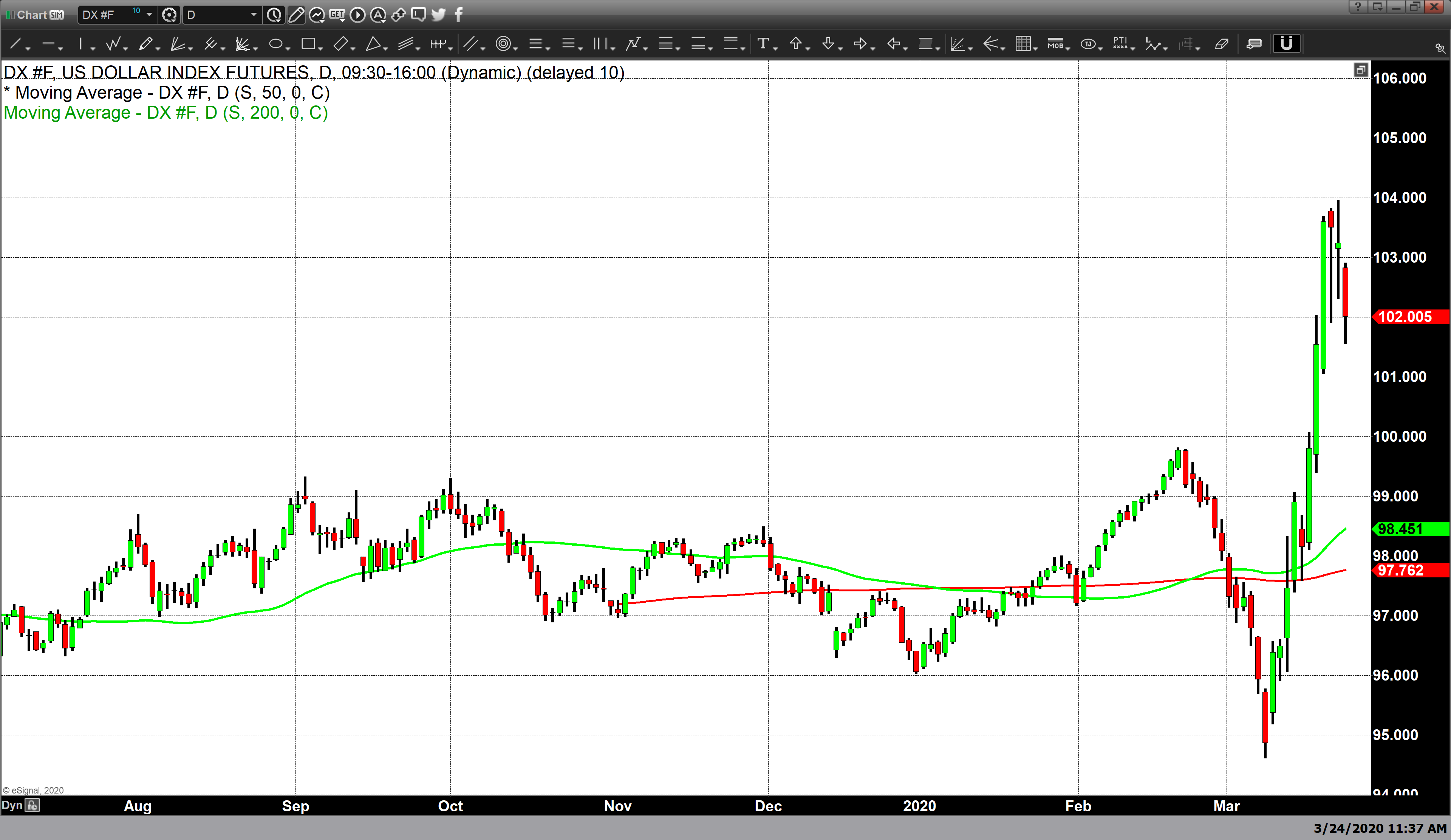 In the last two trading days gold gained approximately $163 which is an 11% increase. This incredible move stems largely from a surprise announcement by the Federal Reserve yesterday in which they stated that they were committed to “Unlimited asset purchases” their asset accumulation will be comprised mostly of treasuries and securities tied to residential and commercial mortgages in an attempt to ward off any credit crunch. Meaning that the Federal Reserve has once again begun their program of quantitative easing. Just as we saw in the 2008 – 2009 financial crisis during which the Fed accumulated assets to the tune of $4.5 trillion before they began to slowly liquidate part of the assets accumulated.

Today also resulted in large moves in both the precious metals complex as well as U.S. equities with both climbing substantially higher. The Dow Jones industrial average gained 2,112 points and closed at 20,704.91, resulting in a net gain today of 11.37%.

Platinum grew by 13.56%, silver gained 8.59%, and palladium increased by 13.58% in trading today. As I spoke about yesterday it is this author’s opinion that the rally witnessed over the last few days is simply the tip of an iceberg with much more potential upside in store. Although today’s crisis is very different from the financial crisis of 2009 the effect of quantitative easing on both equities and precious metals should react in a similar manner meaning we would see gold push dramatically higher. 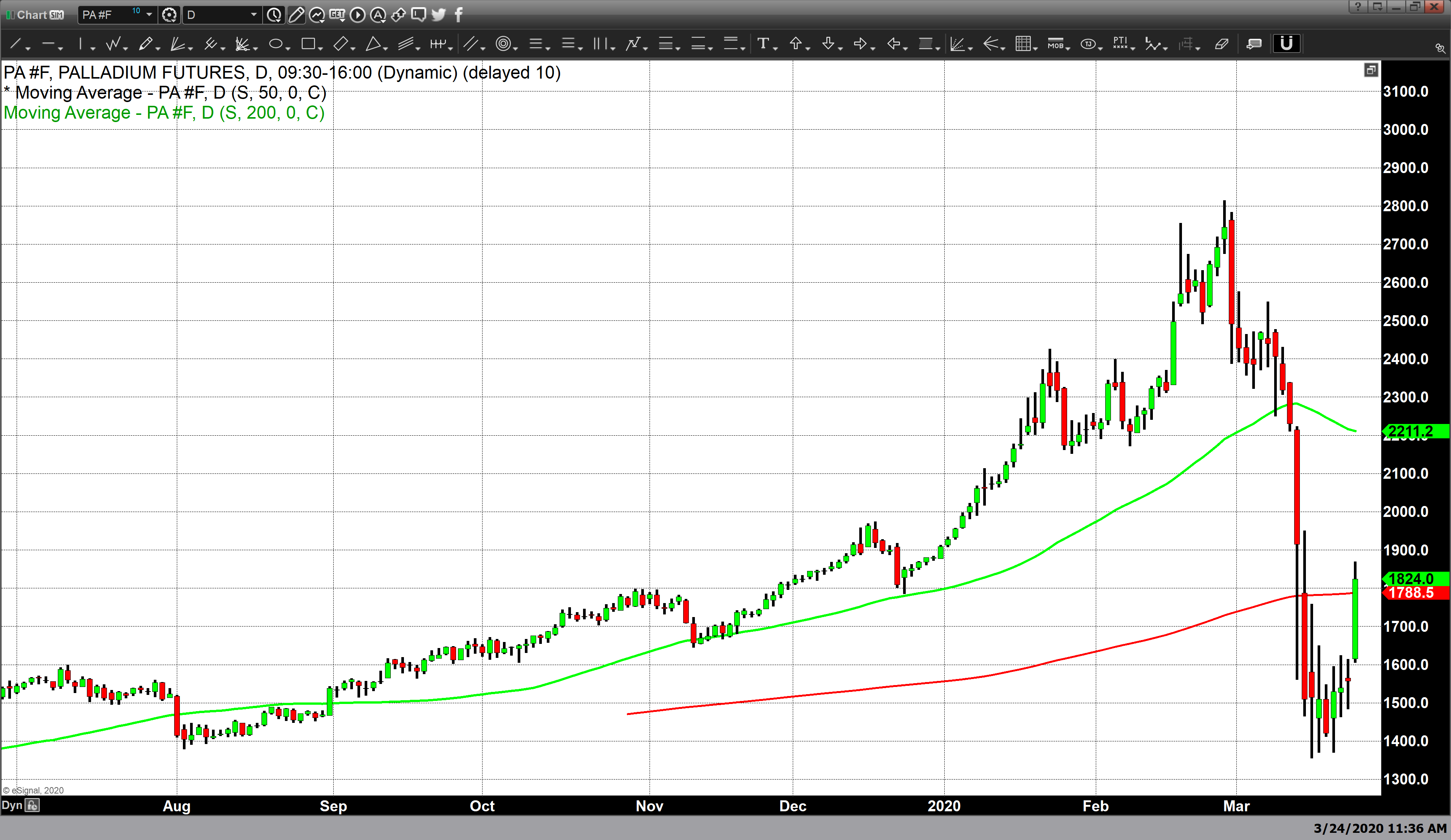