June 2020 futures contract has become the most active trading month 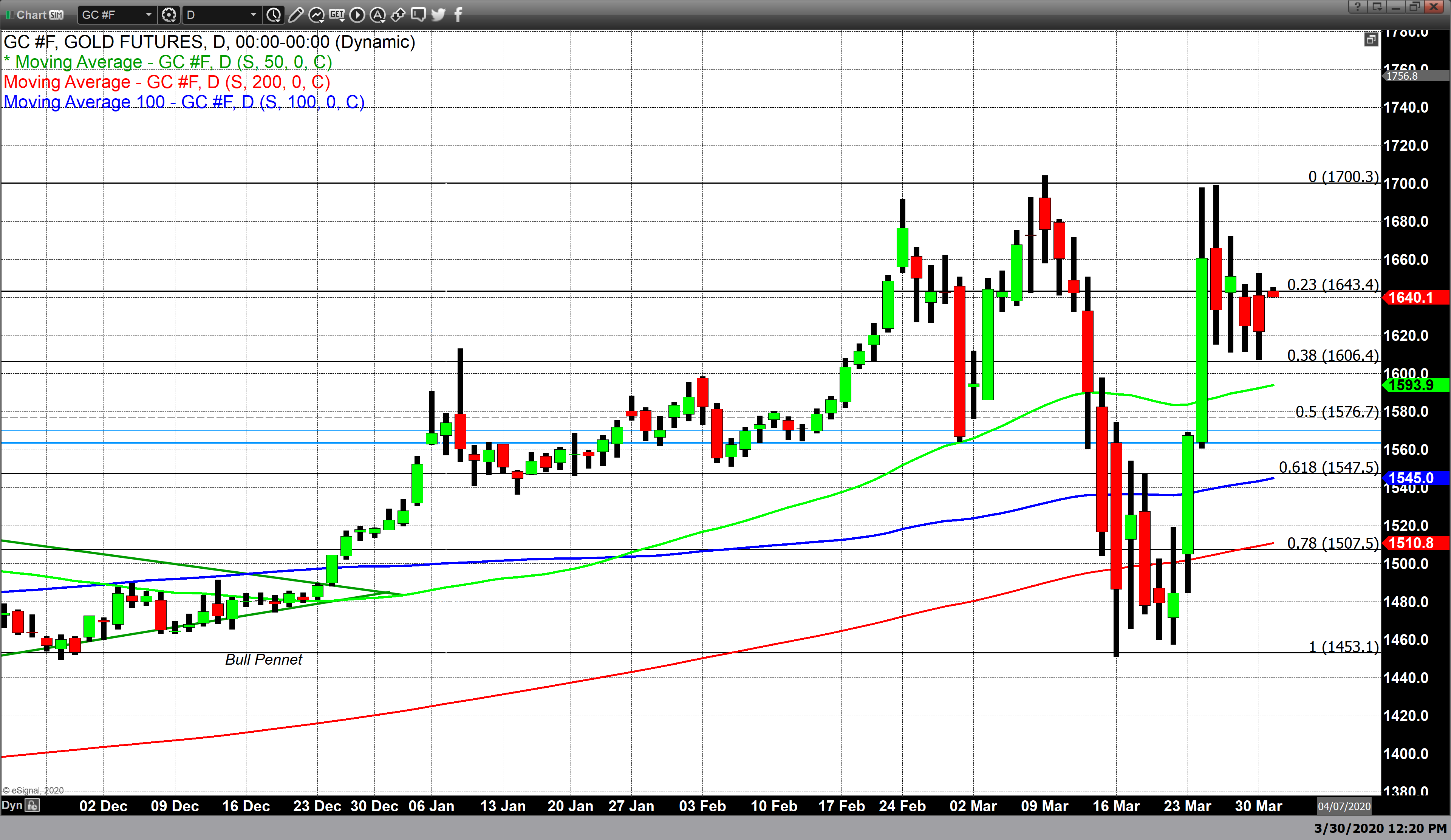 But the most interesting and noteworthy aspect of gold pricing today has to be the spread between the April and June futures contracts. With April 2020 currently fixed at $1670.980, June futures lost $10.70 in trading today and is currently fixed at $1643.40. That means that the difference between the current month and what will become the most active contract month shortly (June) as a $25 differential in pricing. 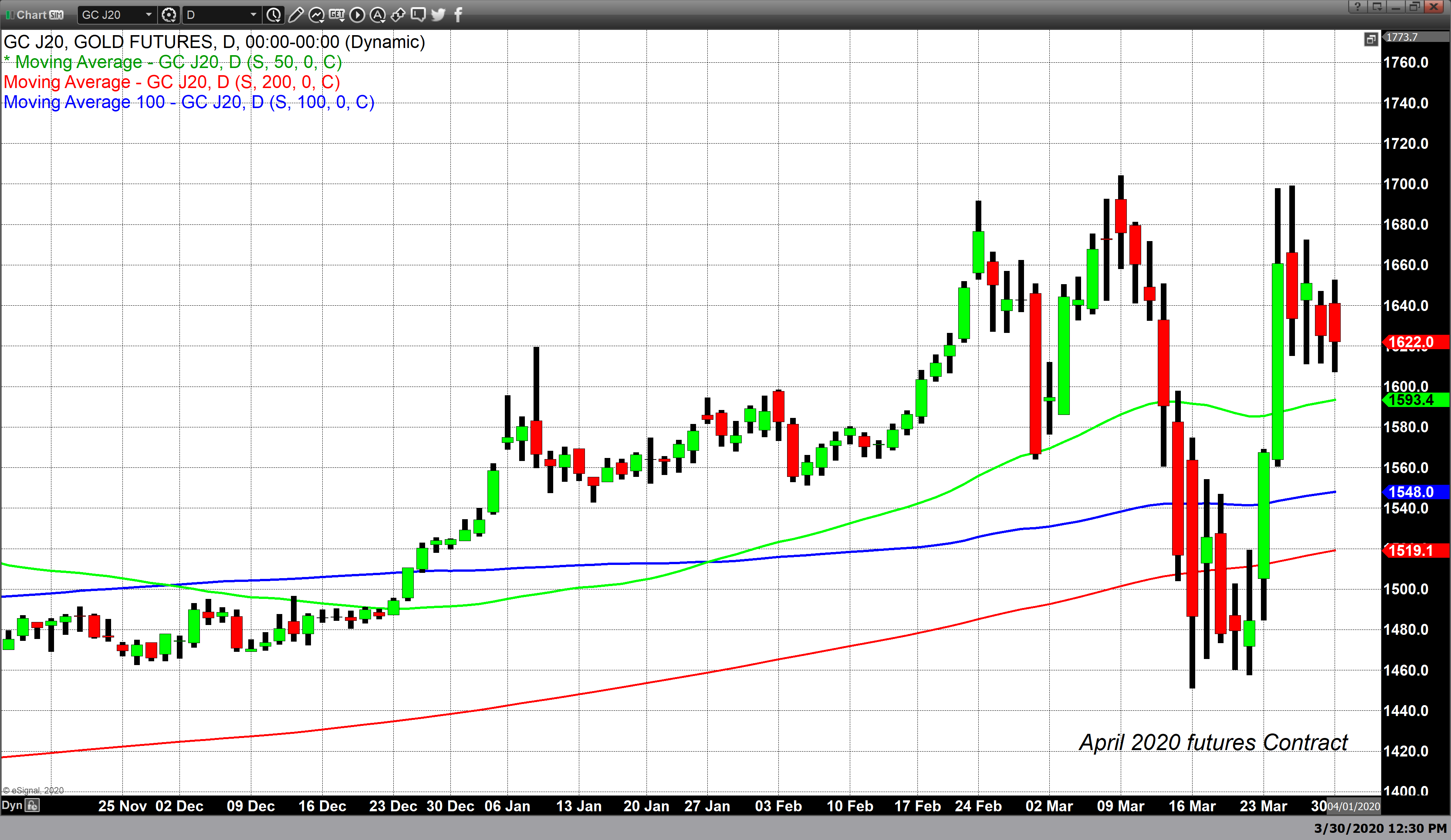 Unlike last week where there was a tremendous spread or discrepancy between April futures and the spot and physical market, those two prices have come back into alignment with spot gold currently fixed at $1622.50. Also, as of the close of trading in New York today many platforms including the one I use (e-Signal) has updated its continuous contract and now is using the June 2020 gold contract as its primary continuous contract.

Today’s decline in the precious metals markets is mostly attributed to stronger U.S. equity prices, and more importantly the U.S. dollar gaining on the day. Although the dollar index is still below 100 it gained 6/10 of a percent and is currently fixed at 99.135.

As reported in MarketWatch, Edward Moya, senior market analyst at Oanda said, “Gold’s supply chain for the physical metal was disrupted over the last 10-days, but that has now settled and taken away any momentum for higher prices.” He also said that “Gold’s ‘outlook remains bullish as world adjusts to never-ending promises of monetary easing, but the next rally may be more of an escalator ride than elevator one.’”.

Michael Kosares, founder of USAGOLD had a completely different take on the action today as well as the price difference between what was the most active contract April 2020 rolling over into the new active contract which is June 2020. He said “The gold market is a very unsettled place these days. Some think that things will fall back in line after the April contract rollover, but if the bullion shortage continues, it’s anyone’s guess if that will happen. From our perspective, gold demand is alive and well and could very well be just the tip of the iceberg.”  He said that “Physical gold coins at USAGOLD is running at levels not seen since 2009.”

Which brings us to the current COVID-19 crisis and how it compares to the financial crisis of 2008. While it is reported by multiple sources that there is an extreme shortage of physical gold coins, gold pricing has not yet fully reacted to the actions of the Federal Reserve, and the fiscal stimulus plan passed by both the Congress and the Senate and signed by the president last week.

However, the vast spread between spot and the former most active April 2020 contract when compared to the new most active contract (June 2020) is truly an indication that market participants are expecting a fairly major rise in gold over the next couple of months.