Equities in the United States traded higher today, this in response to the easing of restrictive lockdowns in many countries. The United States has outline plans to ease the restrictions and begin to effectively reopen in phases.

Three states in the U.S. including Georgia, Oklahoma and Alaska have implemented plans to loosen their restrictions on businesses, this despite warnings from public health experts that this effort could be too early to be safe.

According to the Associated Press, “Along with Georgia, Oklahoma allowed salons, spas and barbershops to reopen, while Alaska cleared the way for restaurants to resume dine-in service and retail shops and other businesses to open their doors, all with limitations. Some Alaska municipalities chose to keep stricter rules”.

Even as some countries and parts of the United States have begun plans to ease lockdown, the global death toll for the coronavirus now is in excess of 200,000. The worldwide death toll was at 201,907 as of Saturday. This according to John Hopkins University.

As reported by MarketWatch today, economist David Rosenberg said, “the economic aftermath of the 2008 financial crisis was so tepid it was referred to as the great recession. In the wake of the coronavirus catastrophe, investors need to brace for the great repression which may be even uglier than the downturn of a decade ago.”

His predictions forecast that the United States will have a 30% contraction in real gross domestic product in the second quarter, and a negative year over year consumer price growth for 5 quarters, and unemployment rate of 14.2% by the end of 2020, averaging 13% throughout 2021.

Crude oil continues to trade under immense pressure with the most active contract losing over four dollars (-23.85%) and is currently trading for $12.92 barrel. 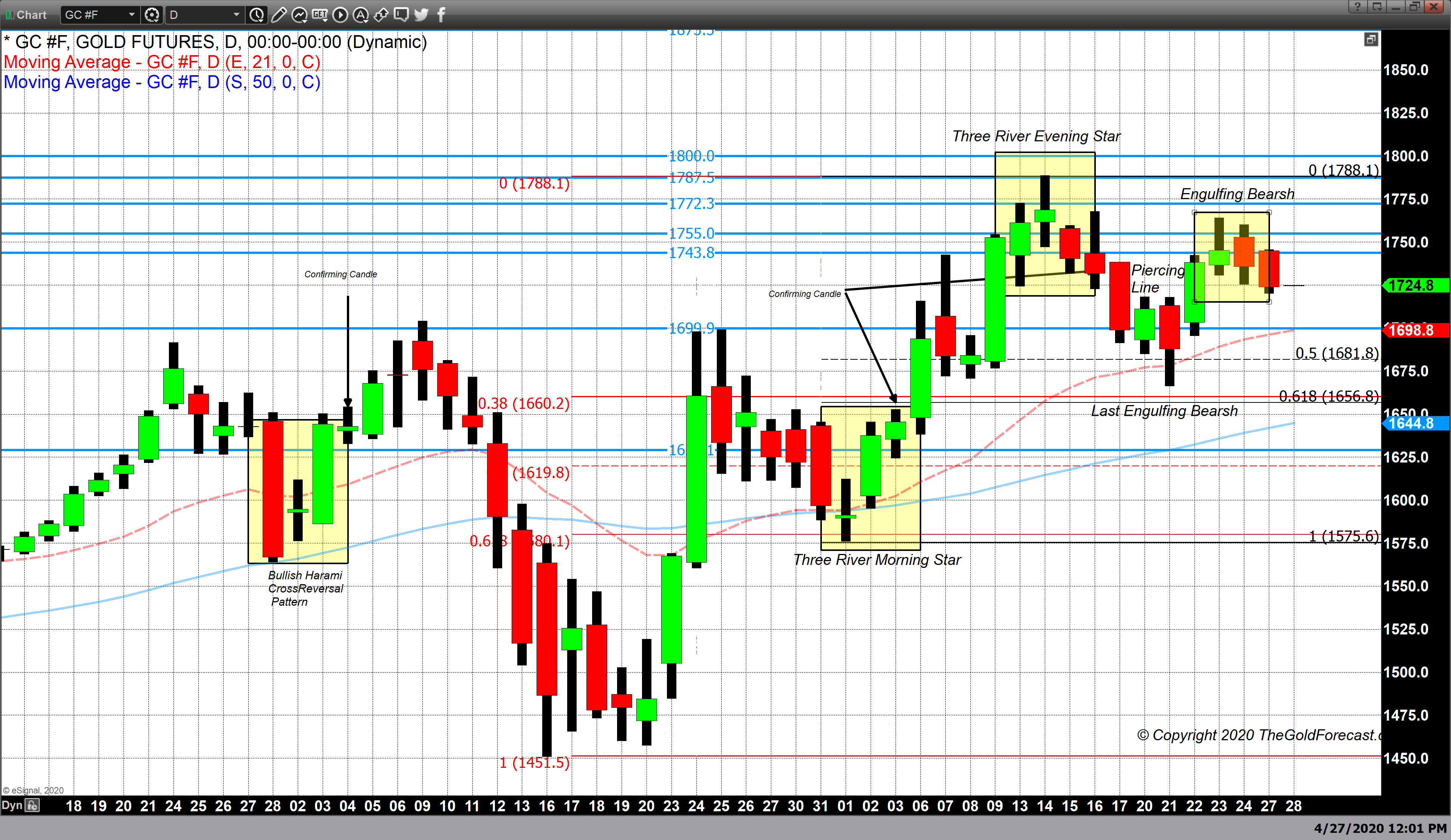 The precious metals complex had mixed results in trading today with gold and palladium trading lower, and platinum and silver moving higher. Silver futures basis the most active may contract gained a little over four cents today and is currently fixed at $15.305. Platinum futures gained almost a full percentage point and is currently fixed at $781.20 after factoring in today’s gain of $7.40.