While it is a little too early to say that the price correction in gold which began on the 23rd of last month is over, the first signs of a potential bottom have appeared today. Gold pricing did recover this morning, however at the same time, gold traded to the lowest intraday price of $1676 since the intraday low of $1666.50 seen on April 21st.

If this low achieved today holds throughout next week, and gold pricing trades higher we will witness gold trading to a higher low than the previous low. The key will be whether or not gold pricing can move above its most recent high of $1754 achieved on April 23rd. 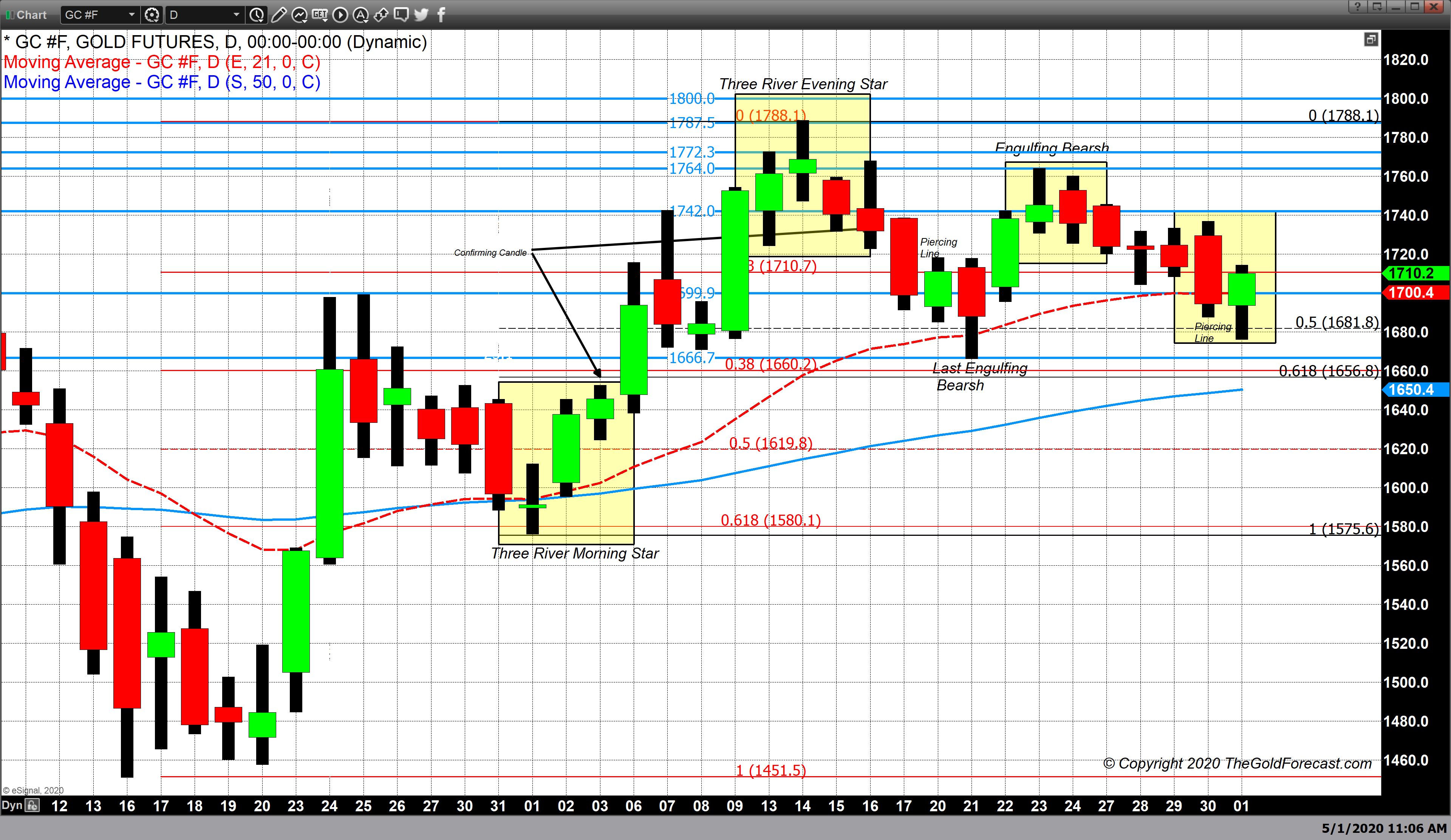 We have also identified a simple two-day candlestick pattern that can indicate a pivot, or market called a piercing line. This pattern is a two-day candlestick pattern that occurs after the market has been in a defined downtrend. The first day of this pattern begins with a large red candle, which is created when a stock or commodity closes well below its opening price. 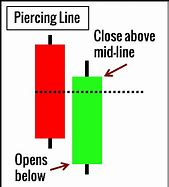 The following candle will be composed of a green candle, which is created when a stock or commodity closes well above its opening price. If it also opens below the close of the prior session this creates a price gap between the real body of the previous red candle. The green candle then must close at or above the midpoint of the prior days red candle. Lastly to take the signal one should wait for confirmation which means that the following day is a green candle with a higher high, and higher low than the previous green candle (the bigger the confirming candle the stronger the signal).

Silver traded higher today gaining almost seven cents on the day, with the most active May contract currently fixed at $15.04. The key distinction is that silver is trading below its 21-day exponential moving average and its 50-day moving average. While gold and silver tend to move in tandem, it is quite possible that if we see lower equity prices next week silver will continue to be pressured by its industrial component, rather than act as a safe haven asset.

Gold futures basis the most active contract month (June) closed up by a little over $14 today. As of 4:30 PM EDT gold futures are fixed at $1708.40, which is a net gain of $14.20 on the day. Today’s close is just off the intraday high of $1714.40. Gold never traded below its 50-day moving average. However, yesterday’s decline, as well as today’s opening price were below the 21-day exponential moving average which is currently fixed at $1700.40. Today’s $14 gain put pricing well above that average.