Gold and U.S. equities de-couple with stocks selling off, and gold moving higher

In the last 12 years, the United States has experienced two major economic disruptions both requiring massive Federal Reserve intervention to lessen the effect of a contracting economy. The first occurrence was in response the financial meltdown of 2007 and subsequent recession which began in 2008. The second occurrence is still in progress and based upon a global pandemic which had a major impact on many industry sectors.

What is unusual about these two occurrences is that even with Fed intervention market sentiment has dramatically changed in reference to stock and gold prices. In 2007 it was discovered that there was an imminent banking crisis which would lead to a recession which began in 2008. In the fourth quarter of 2009, the Federal Reserve realized that action was necessary and initiated the first round of quantitative easing, simply referred to as QE1.

At that time gold was trading at approximately $700 per ounce, and for the next two years would rise dramatically to its all-time record high. This was aided by the second round of quantitative easing (QE2) which began in the fourth quarter of 2011. Gold had been priced at approximately $1300 prior to the initiation of QE2 and continued to trade higher through the middle of 2011 when it hit $1900 per ounce. However, at that point gold prices began to define a range with a highs of $1800, and lows at approximately $1537. 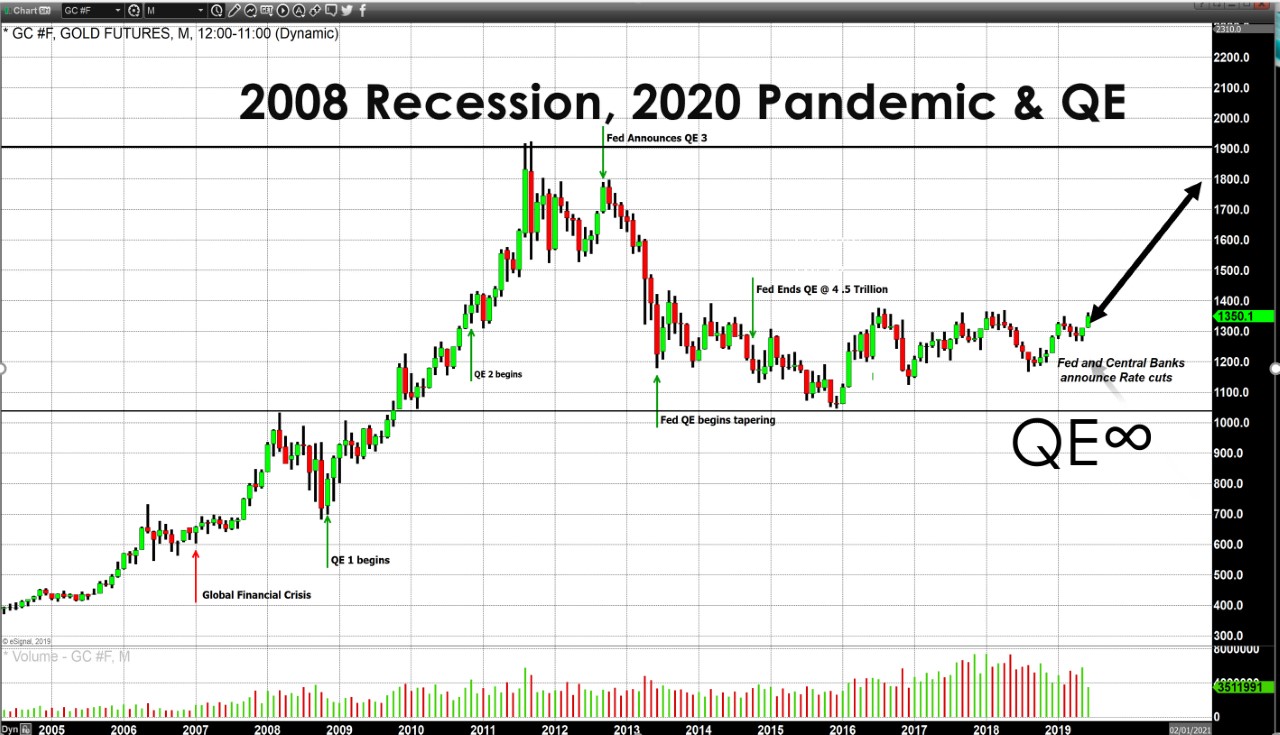 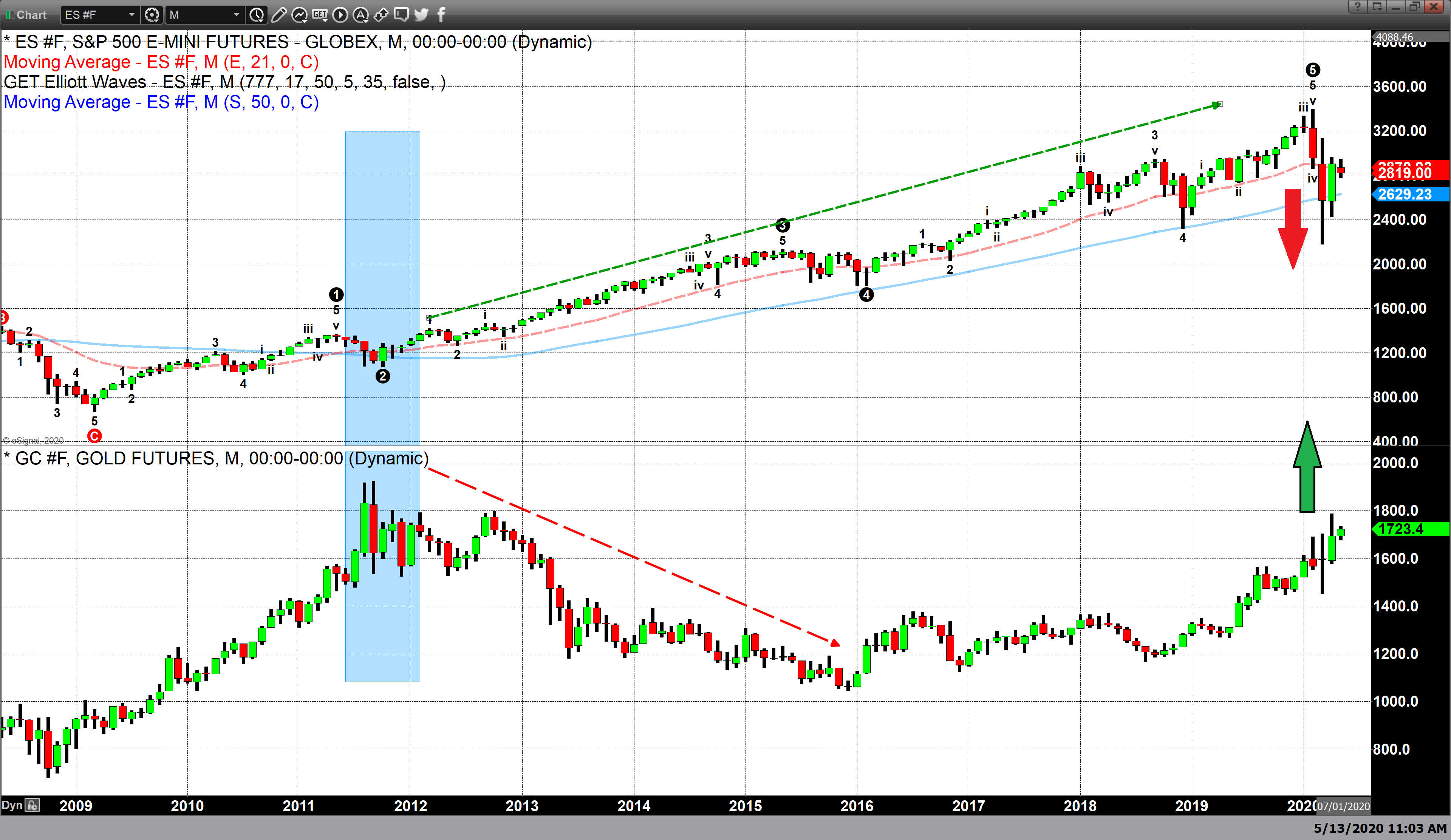 Most noteworthy is the fact that U.S. equities continue to rise through 2013 up until 2020 when the global pandemic it. At the same time quantitative easing by the Federal Reserve boosted equities pricing causing them begin a decade-long rally (that would result in the highest price recorded for the three major indices; the Dow, the NASDAQ composite, and the Standard & Poor’s 500.

Over the last two days we have seen a decoupling of the tandem upside moves of both equities and gold. We are now seeing U.S. equities come under pressure, and gold pricing moving higher. The question then becomes whether or not we are witnessing a pivot in terms of the relationship between those two asset classes. If this is the case, we can expect US equities to continue to lose value and gold simultaneously moved to higher pricing.