Gold's northern front foray no. Six - but shall it stick?

As the Earth today orbits through its solstice, we find Gold for the sixth time in the last 11 weeks sticking its toe a bit into The Northern Front (1750-1800). Perhaps more positively, 'tis but the second instance that Gold has closed any of those 11 weeks inside The Northern Front by settling yesterday (Friday) at 1756. Perhaps more negatively, Aesop's infamous shepherd boy having falsely cried "Wolf!" twice, Gold's prior five forays into The Northern Front have all fallen on false hopes. To be sure, "three's a charm" didn't work, nor did "four brings more" let alone did "five let's drive". Instead all resulted in a dive. Now we've attempt No. Six - but shall it stick?

Either way, it sure beats Gold's price having been seemingly stuck at 1737 for days on end. Indeed across the last eight trading days, every time we glanced at the screen, Gold was priced at 1737. (We actually dispatched Squire to the trade desk to inspect if the screen's pixels had become stuck at 1737). Indeed so stuck on 1737 was price that we'd considered entitling this week's missive "Gold - Another Week of Nothing".

But there's nothing like a little anarchic angst and concerns over a potential Trump Tussle in Tulsa to put a bug in Gold's derrière that things shan't necessarily all go ok in OK as the Northern Hemisphere works through the year's longest day. Come Monday we'll have a better idea if this time price sticks or again reverses way.

Meanwhile in turning to Gold's weekly bars from a year ago-to-date, the piston-pumpin' up-down-up-down pattern continues, hopefully not burning off too much of the oil in Gold's crankcase: 'tis hot in there right now! Best that Gold break out to the upside and take The Northern Front, else have its engine seize up such that we may indeed see "1600 before 1800" (per two missives ago), en route starting a new series of descending red parabolic Short dots. As for those of you scoring at home: Gold's current trend of ascending blue parabolic Long dots numbers 13 weeks, ranking it seventh by duration amongst the 19 such Long trends since Gold's All-Time High back in 2011; and price's expected weekly trading range is now 87 points, (the daily being 30 points). So for the ensuing week, a Northern Front victory at 1800 is well within range ... as is 1670 should foray No. Six instead fail: 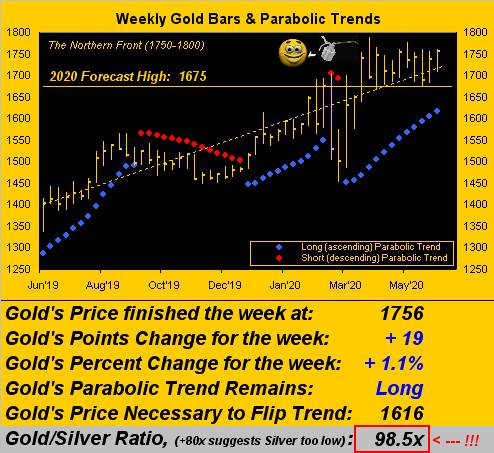 As anticipated, defying failure beyond its "W" depths is the Economic Barometer. And whilst the calculations that have comprised the Econ Baro these past 22 years remain as guarded a secret as is one's Gold in Switzerland's Amsteg vault, that climbout as next shown from the "W" is the steepest 16-trading-day up run (since 29 May) we've ever recorded. Flip down the economic toggle switch, then flip it back up. Pistons pumpin' indeed. Or to quote Tim McIntire: "It's America, babe." --[The Gumball Rally, '76]. Of the baker's dozen bevy of metrics from this past week alone, just four were negative, the Baro in turn going "Boom!":

As for the stock market which we measure by the S&P 500, it has had one strong dose of monetary inflow from three months ago-to-date. The following graphic's upper panel depicts the S&P's cumulative points change (red line) from 20 March through 19 June astride of which is its cumulative moneyflow change (blue line) regressed into S&P points. The lower panel is the difference of the two lines, the inference being that the S&P "ought be" 421 points higher that 'tis. 'Course, given the extreme reading of the "live" price/earnings ratio at 38.2x and a lousy Q2 Earnings Season awaitin' in the wings, skepticism is more than fairly warranted. But you know what they say: "When rates are zero, stocks are the hero." Got stops? All that monetary inflow, and yet Dow Jones reported this past week that "Investors Are Sitting on the Biggest Pile of Cash Ever". Even so, with Goldman-Sachs having determined that retail investors of late have been better stock selectors than bankers n' hedgies, we reiterate: Got stops? Here's the graphic:

Next let's go 'round the horn for all eight of the BEGOS Markets (Bond, Euro/Swiss, Gold/Silver/Copper, Oil, S&P 500). Here are their respective daily bars from one month ago-to-date, their diagonal grey trendlines, and the baby blue dots depicting the consistency of those trends. The two most shallow trendlines (and thus most inconsistent) are those for the precious metals: Gold's trend is mildly up whereas that for Silver is mildly down, the latter as mentioned a week ago remaining a concern, her "Baby Blues" now having sunk below the 0% axis; the only other component in a downtrend is the Bond, however price itself has well-rebounded from its recent low. Still, the EuroCurrencies are both running out of puff. Economically-driven Oil and Copper are furthering their firm uptrends; but that for the S&P is swiftly losing its own consistency. All-in-all 'tis a churning sea: 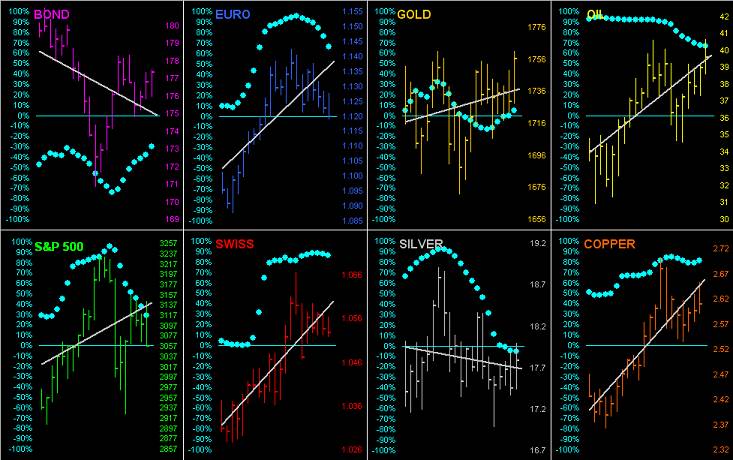 As to the 10-day Market Profiles for Gold on the left and for Silver on the right, the yellow metal now appears near-term trading secure, the 1734 apex being the most traded price across the last fortnight, ("What? 'Tis not 1737?") The white metal finds herself near Profile's center, the mid-to-upper 17s now being Sister Silver's make-it-or-break-it zone:

We'll wrap it for the week with this bit from the "What's Under Your Mattress? Dept." According to Federal Reserve System Chair Jerome Powell, when put to question last Wednesday in front of the House Financial Services Committee by Jumpin' Johnny Rose [R-TN], the U.S. coin shortage (made manifest by the economic fallout from COVID) is being addressed with both the Mint and attendant reserve banks. But the coins must be somewhere, right? If not in the conversion-to-paper repository at the grocery store, to where have our dear little rounders rolled? Under one's mattress perhaps? Don't laugh: reports have it that the StateSide mattress business has "bounced back" as such stores re-open and folks opt on expenditures for the home rather than for the plane. (Perhaps all that scoring at home during COVID in some respect took its toll?) Anyway, be it under the mattress or in Amsteg, our preferential coin of choice is Gold! 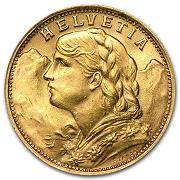