Solid support for gold in light of higher U.S. equities

U.S. equities recovered from Friday’s substantial decline. Market participants bid U.S. equities higher on hopes of a quick recovery from the global pandemic which is now in its fourth month. Despite these real concerns of a major uptick in reported cases the Dow Jones Industrial Average gained 580 points in trading today.

According to Reuters, “Investors have been weighing better economic data against a new uptick in COVID-19 infections. The global death toll from the virus reached half a million on Sunday, according to a Reuters tally. Cases surged in Southern and Western U.S. states, prompting California to order some bars to close in a rollback of efforts to reopen the economy.” 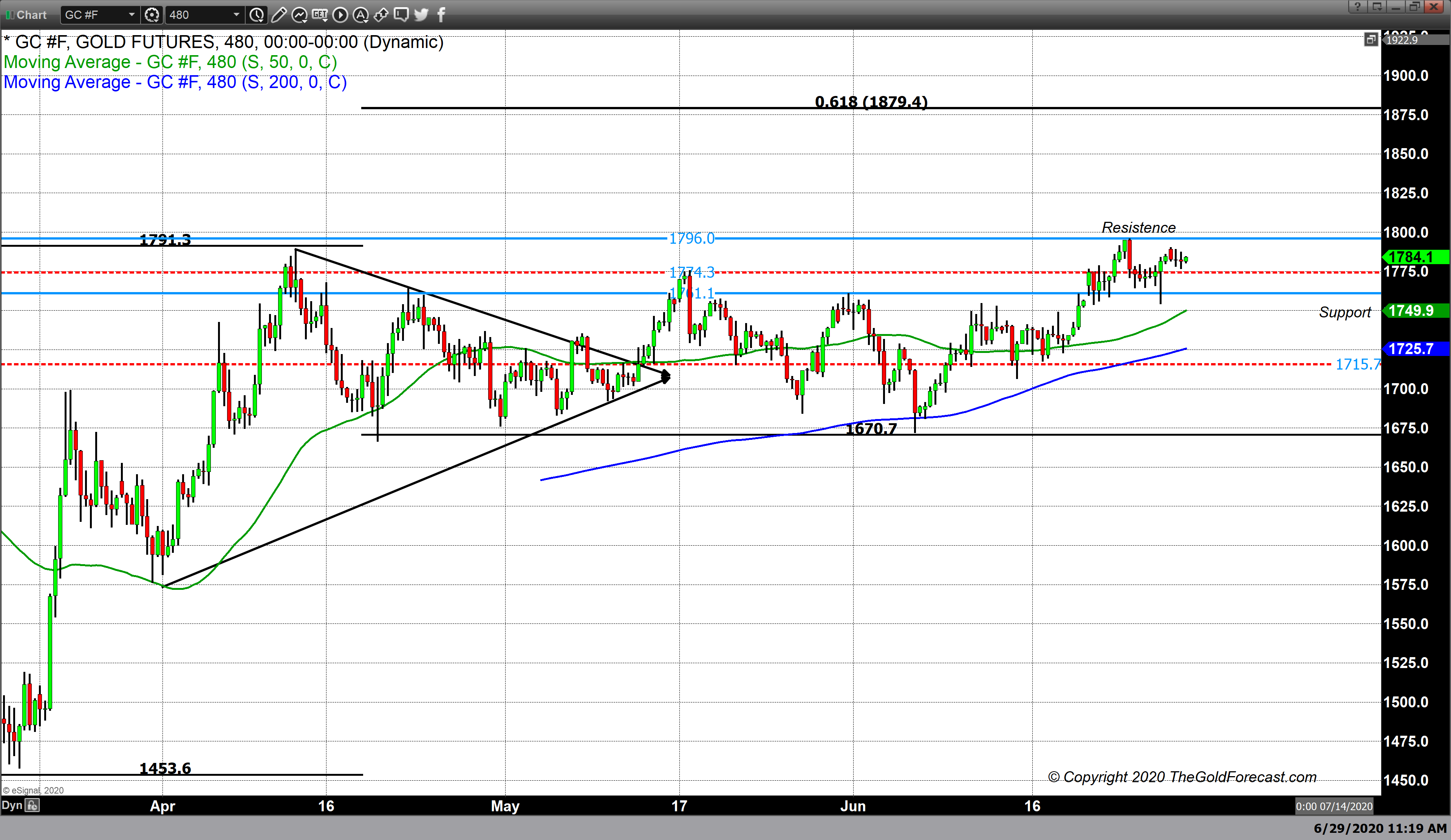 At the same time concern over the uptick and spread the virus has been highly supportive of the safe haven asset class, specifically gold. As of 4:06 PM EDT gold futures basis most active August contract is currently trading up $2.20 (+0.13%) and fixed at $1782.60. Spot or physical gold is also trading higher on the day currently up two dollars (+0.10%) at $1771.60. This in light of a fractionally higher U.S. dollar and a strong equities market in the United States.

Today John Hopkins University & Medicine reported that there are now over 10 million (10,199,798) confirmed Covid-19 cases globally, resulting in the loss of over 500,000 souls. Economic pressures to have businesses reopen worldwide has been cited as the root cause of the uptick in reported cases. In the United States 14 states have halted, or rolled back the reopening of businesses in response to the rapid rise of new reported cases.

According to CNN as of Saturday June 27, “Texas and at least five other states -- Florida, Georgia, Idaho, Tennessee and Utah -- reported the highest single-day totals of new Covid-19 cases, according to the state's health departments. Florida, seen possibly as the next US epicenter, reported its highest one-day total of new cases on Saturday with 9,585 cases.”

The United States is not alone in fighting this global pandemic. In China officials announced a lockdown of 400,000 individuals in Anxin County. This county is approximately 90 miles south of Beijing.

The question of how quick economies worldwide will recover is an uncertainty. That uncertainty will continue to be highly supportive of gold. Given that gold pricing is currently overbought after reaching highs of $1796.10, there seems to be solid support at $1765. There is still strong resistance at $1800 per ounce. Considering that gold futures traded to a low of $1680 on June 5, gold has gained a little over $100 in this short period of time. Gold could continue to hold current pricing and even challenge $1800 per ounce as long as global central banks continue to have extremely accommodative monetary policies.