A summer of uncertainty - a summer of mixed messages

As the Americans and Canadians get ready for a welcomed extended weekend with Canada Day already underway (as of yesterday) and Independence Day on Saturday, market participants and investors continue to show concern in reference to the massive potential economic fallout from the COVID-19 pandemic.

A summer of uncertainty

The increasing number of new coronavirus victims globally has heightened concerns that the timeline and number of infections has been greatly underestimated.

Daily cases in the United States reached a record breaking 50,000 with 38 states indicating an increase in the number of infections. According to the CDC, there were 54,357 new cases reported when compared to yesterday’s data. The total number of reported cases in the United States now stands at 2,679,230, with the loss of 128,024 souls. The only positive data coming from the CDC is that the daily death rate from new cases has been falling dramatically. They cite young demographics is the primary reason for this decline. This dramatic spike has led to many states rolling back recent attempts to reopen businesses.

Concurrently the jobs report which was released by the U.S. Labor Department today indicated that the United States added 4.8 million jobs last month. This month’s report was well above the forecast of economists polled by MarketWatch of 3.7 million. The additional jobs took the unemployment rate to 11.1% down from 13.7% in the prior month.

As reported by CNBC, “Economists surveyed by Dow Jones had been expecting a 2.9 million increase and a jobless rate of 12.4%. The report was released a day earlier than usual due to the July Fourth holiday.”

The better-than-expected jobs report led to a strong rally in U.S. equities today, with the Nasdaq composite hitting a new milestone. The tech heavy index gained 4.46% this week and closed at 10,207.63, a new all-time record high. The S&P 500 gained .45%, and the Dow gaining .36%.

A summer of mixed messages

In any other market environment, on a week that resulted in dramatically higher equities pricing and a jobs report indicating soaring jobs growth and a drop in the unemployment rate, one would expect the safe haven sector to trade under pressure. However, we are in a period of mixed messages where strong economic data is in contrast with the alarming spike of new Covid-19 in the United States and other countries. 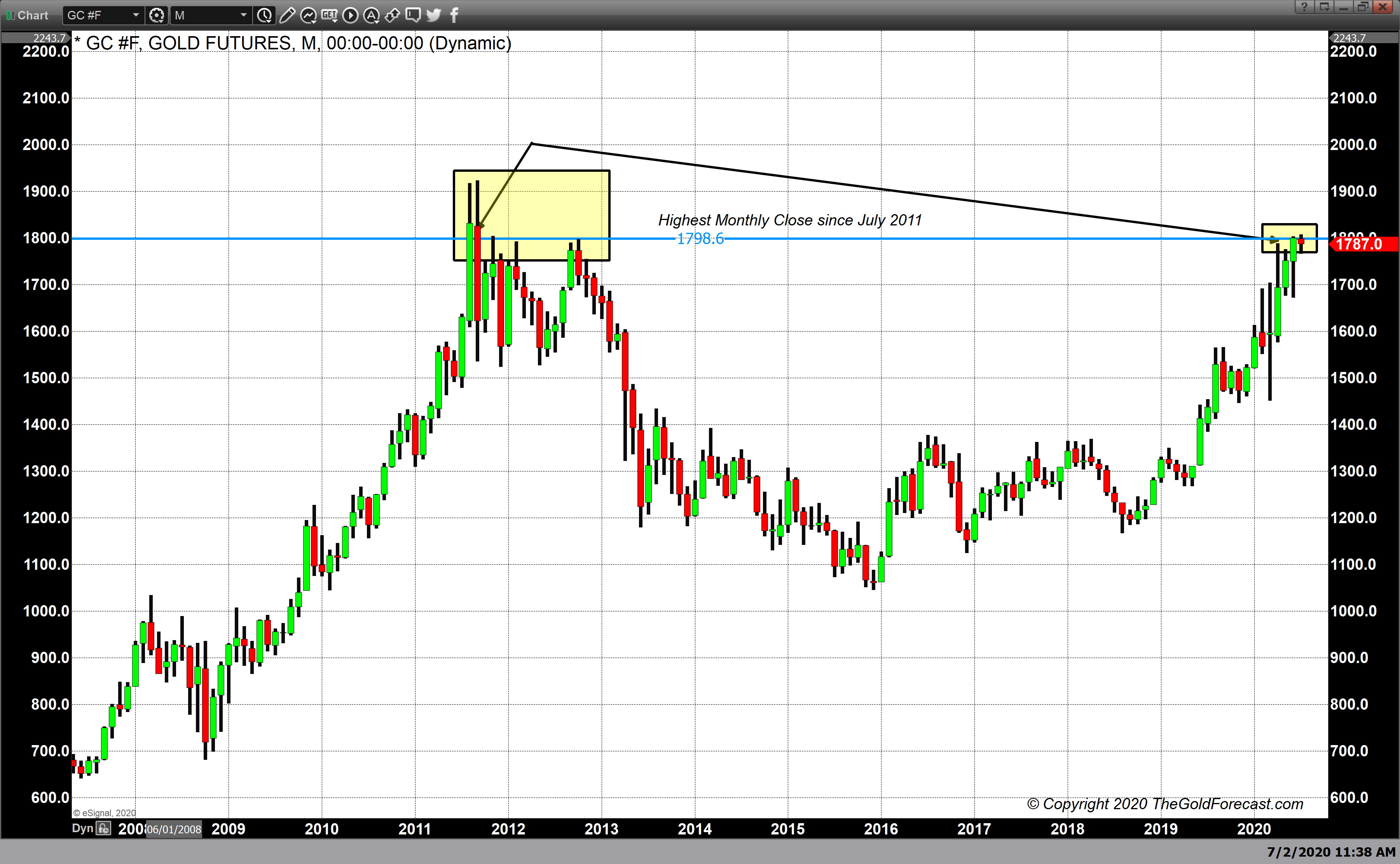