Lots of gold and silver stocks have done well since the March meltdown. But one type of company has really boomed during gold’s breakout above the $1,800-level: land banks.

That’s despite Doug Casey teaching me early on that they can make for great speculations.

Let me show you why. 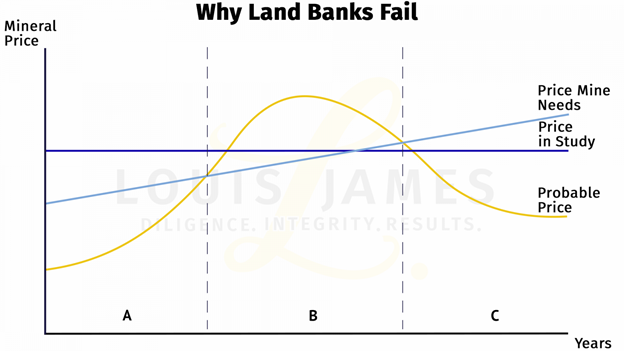 Note that land banks tend to have large deposits, so their mine lives often last decades. No one really knows what actual mineral prices will be next month, let alone decades down the road. This is why serious mine builders use low (conservative) numbers in their feasibility studies.

The price the mine actually needs can never be fully known in advance, either. The reality changes over time unpredictably. The best miners can do is hope for an average that works. That’s the price used in the study—or should be. But despite all the math and fancy language, this number is just a guess.

Key Point: The price of whatever the land bank has in the ground may rise to a level that makes mining it profitable, but it almost never stays that high—while mining costs always rise.

At the outset, when the price of the mineral to be mined is lower than the price the mine needs, marked “A” on the chart, it’s clearly a land-bank situation. Only a fool or a crook would try to talk investors into building the mine at this time.

During the time marked “B” on the chart, the land bank not only looks profitable, it could actually be profitable—if the mine could be built fast enough.

The visible approach of B can be called the period of “irrational optionality exuberance.”

Then comes “C.” That’s when reality sets in, and the mineral drops back toward more sustainable prices over the longer term.

Even if that price is higher than it was during period A, it’s usually not high enough to make the mine profitable—especially as mining costs always rise.

This is when mines that never should have been built get shut down and investors who bought into the period of irrational optionality exuberance go broke.

There is one way out of the trap, however. That’s if the miner can recover the capital it takes to build the mine during period B and achieve much lower costs going forward—so low they stay below the longer-term mineral price curve.

This is possible… but it’s hard enough for most mines to achieve even when they aren’t land-bank plays. Mines tend to excel at discovering more unexpected costs than ore.

A new mine that makes money as advertised is rare thing, even when not starting with the handicap of needing historically high mineral prices.

But neither Rick nor Doug bet on land-bank plays narrowly escaping the long-term insolvency trap.

The optionality thesis is simply that as the mineral price moves from A to B, investors see potential profit where there was none before and pile into the stock, sending it soaring.

There’s no need to stick around to see if the mine actually makes any money—or how long it might last if it does. You can just ride the period of irrational optionality exuberance and walk away before reality sets in.

Or, if you have a big win, you can take profits and ride whatever upside may remain free of risk.

Of course, I would use an Upside Maximizer strategy in such a situation.

Betting on the period of irrational optionality exuberance is basically a form of counting on the “greater fool” to bail me out of an investment that really makes no sense.

This makes me uncomfortable. I’m never certain a greater fool will actually come along. But it’s my job as your due diligence consultant to point out the opportunity in this space. Gold land-bank plays are popping.

Here are a few examples, starting with Northern Dynasty (NAK, NDM.TO), which is the leader of the pack: 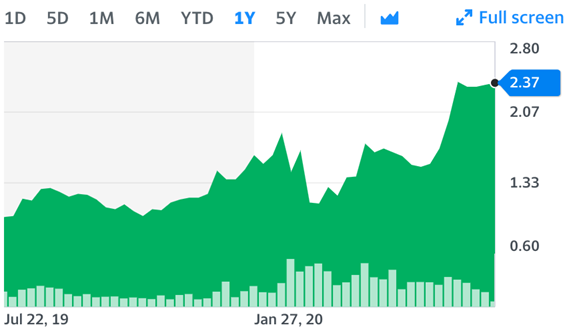 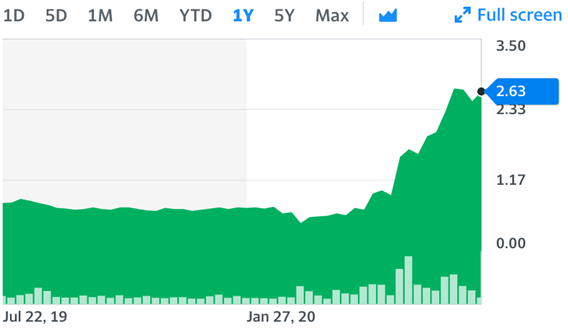 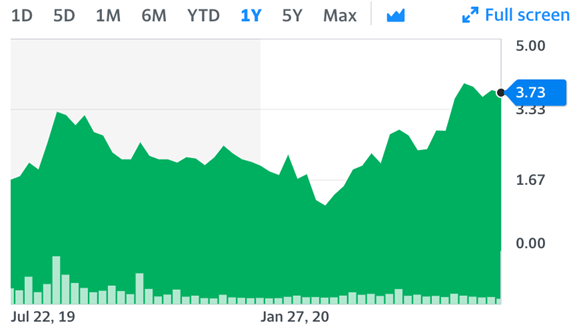 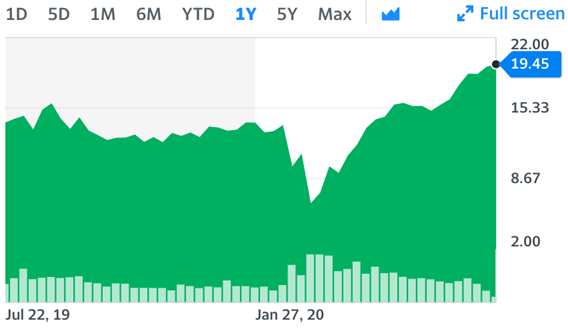 And trailing the rest, we have NovaGold (NG, NG.TO): 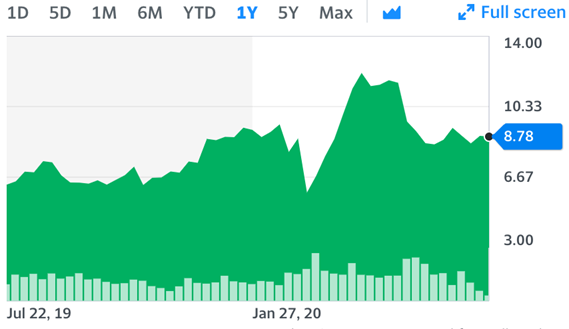 Seabridge is a relative underperformer, perhaps because of how important copper is to that story. But the real laggard is NovaGold, which was doing well after the March meltdown until it became the target of a short-seller attack. I don’t agree with the short sellers, which could make NovaGold an opportunity, but it remains to be seen if the company can shake the accusations off.

Some may object to me including Northern Dynasty in this group, since so many investors are excited about the prospect of permitting going forward under the Trump administration. But did you know that there isn’t even a feasibility study on the Pebble project? An old (2011) preliminary economic assessment offers a reference case, pre-tax internal rate of return (IRR) of just 14.2%. That’s not even including taxes, and it’s below the usual minimum 15% IRR it usually takes to get a project funded. (And Pebble will need a lot of funding, with the initial capital projected at $4.7 billion, over nine years ago.) Until I see current feasibility numbers with an after-tax IRR above 15%, I’m counting Northern Dynasty as a land-bank play.

Regardless, it’s easy to imagine stocks like these going vertical when gold reaches new all-time highs—and then zooms up over $2,000 per ounce and beyond.

To be clear, I’m not recommending that anyone buy any of these stocks.

They all seem pricey to me for a bunch of projects that may never become mines.

But that doesn’t mean they won’t go higher as record high gold prices make headlines, and that’s something for speculators who are willing to take the risk to consider.

You may find yourself thinking that all these hockey stick charts for gold land banks are telling us it’s too late. You would not be alone. And I’d congratulate you for your contrarian thinking.

I do think these stocks will go even higher if gold keeps rising to $1,900, $2,000, and higher without major correction—but we don’t know for certain that that will happen.

This inclines the cautious, contrarian speculator in me to want to look elsewhere for opportunity…

Luckily for us, there is just such an opportunity, shunned by most investors, begging for attention now: uranium stocks.

Arguably, every uranium company that is not in production today is a land bank play.

I haven’t classified them this way, as most didn’t buy uneconomic uranium deposits with the aim of banking them in the ground until higher prices came along. Most have explored or developed their assets. But with uranium prices still below the average cost of production, I expect all the better uranium plays to produce hockey stick charts when uranium prices achieve critical mass.

Key Point: While the shift from A to B is underway for gold, it’s yet ahead for uranium—and most investors doubt it will ever happen, so it’s still possible to buy great companies dirt cheap.

So if you like the land bank idea, but wish you had bought when nobody cared about gold… well, you have that chance in some great uranium companies today—many of which are covered in My Take.

In fact, putting my money where my keyboard is, I just quadrupled my position in what I consider to be the best uranium land bank play in The Independent Speculator portfolio.