Focusing on the Big Picture with Miners Due to Consolidate Gains 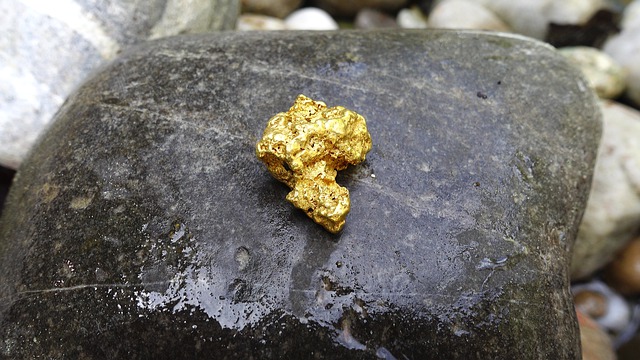 (Kitco News) - Over the past few weeks, most precious metals sector analysts have been repeating ad nauseum that it was only a matter of time until the gold price reached all-time highs at the $1900 level first seen nearly nine years ago. Naturally, this mostly foregone conclusion had set up a proverbial “buy the news and sell the fact” situation in the mining sector.

Moreover, with the monthly Relative Strength Index (RSI) in gold futures extreme overbought above 80, there will begin to be questions over just how much further this run in the gold price can go before a meaningful correction takes place. The miner action over the past few days has been sensing this, as both the GDX & GDXJ have begun to lag the metal.

The major gold miners tracked by GDX have skyrocketed since being briefly sucked into the COVID-19-lockdown stock panic.  As of yesterday’s close, the largest global miner ETF has soared over 150% higher in just four months. This fantastic performance has been exceptional, as it is not very often speculators and investors can triple their capital in such a short period of time.

However, with the miners expecting gold futures to reach all-time highs in the short term, the GDX has also raced to extreme overbought status on a monthly basis while leading the metal higher. In fact, with the month ending next Friday, the GDX has already reached its most extreme overbought levels in its history when measured by the RSI on its monthly chart. This unprecedented surge higher in such a short period of time has raised the odds considerably for a consolidation of recent gains to take place soon before moving higher.

Since the miners had been leading the expectation of gold reaching all-time highs by the marketplace, this extreme overbought sector made an intra-day reversal to the downside on Thursday as gold futures nearly reached $1900. Given the huge rise in such a short period of time, we may experience an extended and healthy consolidation period before the GDX continues its climb higher during this now full-fledged miner bull market.

Although GDX has good support at the $35 level, and the GDXJ could test its 7-year breakout in the $48-$49 region during an expected consolidation period, longer term investors should remain focused on the big picture. The most important thing for investors to remember is the precious metals primary trend is higher, while the macro fundamentals have never been more bullish for the entire gold complex. Moreover, the miners have broken out of multi-year bases with huge upside potential over the next 6 to 12 months, and even for the next 3 to 4 years.

With GDXJ having just experienced a major breakout after a 7-year consolidation period, the measured technical target of this move is $90. While I expect some consolidation after this target is reached, possibly by next Spring, the technical adage of “The bigger the base, the bigger the move out of that base” applies for long-term junior gold stock speculators.

Furthermore, silver has now broken out of a 6-1/2-year base, while the gold/silver ratio has recently turned sharply lower. Since touching its weakest level in more than a decade in March, silver has doubled to a seven-year high of over $23 an ounce. Despite its recent gains, however, the wide discrepancy between the two metals still shows that silver remains much cheaper historically than gold.

The longer a market consolidates, the more energy it stores up for an eventual breakout. And now that the breakout has been confirmed in the GDXJ on the last trading day of Q2, the moves higher in many junior stocks have already been explosive. But after seven years of consolidation, we should see years of gains while hundreds of percentage points lie ahead for gold mining investors who are accumulating long-term holding positions in quality precious metals related equities.

Although it is never a bad move to take profits, it is also best to consider your ultimate goal for your investment in each gold stock purchased before selling. If your investment time horizon is weeks or months, taking some profit out of juniors which have more than doubled over the past few months may be a good idea here. But if your investment horizon is a few years, selling right now could be a big mistake.

For a clear big picture view of how depressed the mining sector has been for decades in relation to the gold price, the XAU/Gold ratio is a fascinating chart to follow. The miners had been in a bear market in relation to the price of gold for 20 years leading into 2016, despite gold zooming from $250 to over $1900 from the year 2000 to 2011!

The “Miner Bear Trap for the Ages” in the XAU just four months ago, created a generational buying opportunity when the index double bottomed and it has been rising exponentially ever since. Although this tiny sector has exploded recently, quality junior precious metals stocks still have plenty of catching up to do when a new solid floor is established in the gold price where once was major overhead resistance at $1800.

My goal for the past few years has been to carefully construct a concentrated portfolio of exceptional junior resource stocks in the context of an investment time horizon at least as long as one cycle, which I feel has just begun. If you require assistance in choosing the best quality juniors to buy and hold for the next few years, please stop by my website and check out the subscription service at https://juniorminerjunky.com/subscribe