Gold stages the highest weekly closing price on record at $1899.80 an ounce

History was made today when gold pricing closed near the highest daily level since August 22, 2011. In fact, as of 5:50 PM EDT gold futures basis the most active August contract is currently settling at approximately $1900.30. On a weekly chart gold closed at a new record price for the highest weekly close. 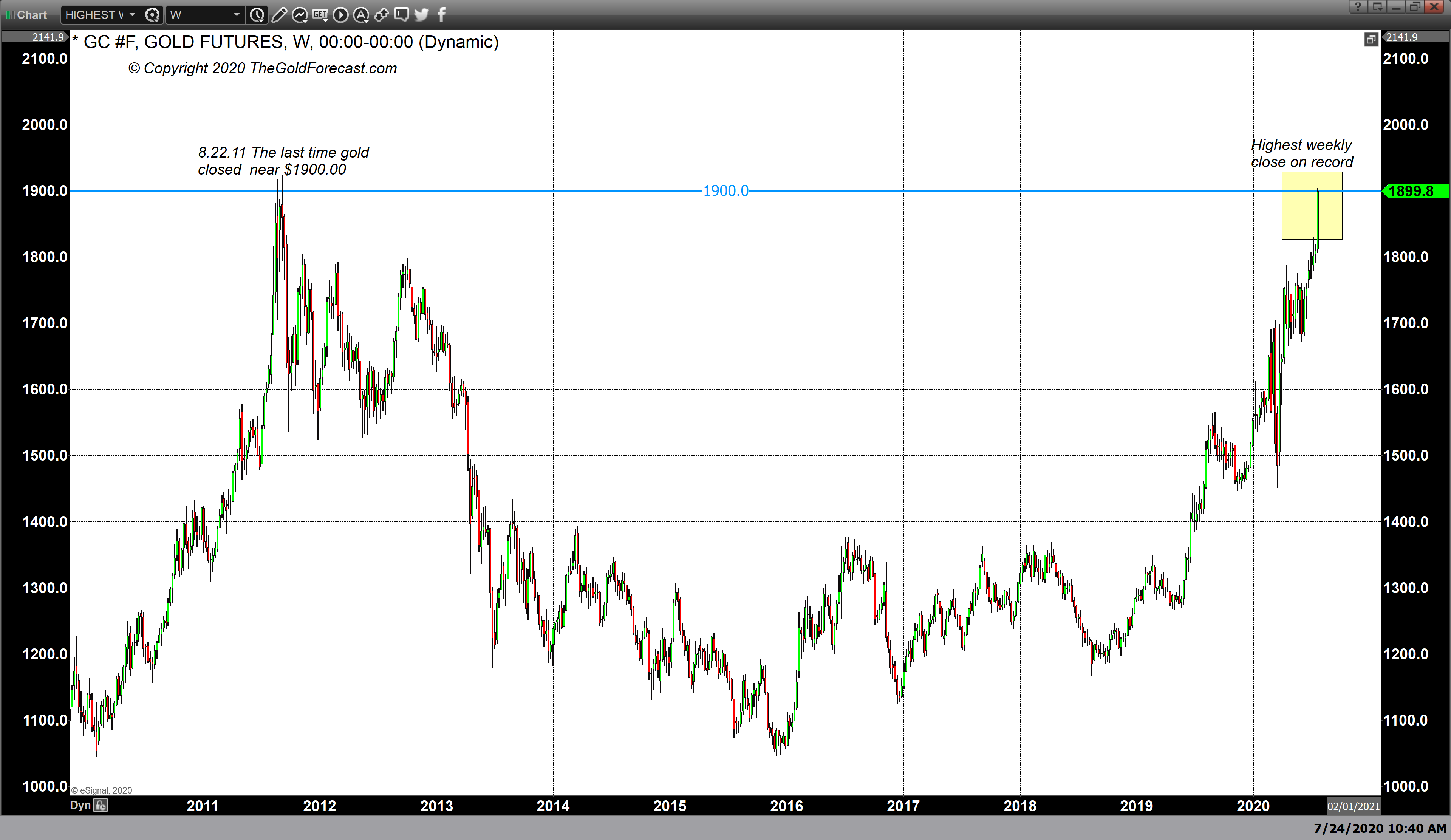 Considering that this massive rally began in the middle of March in response to a epidemic becoming a global pandemic with gold trading at approximately $1450 per ounce. In this short time span of four months traders have witnessed gold prices rise dramatically from the mid-March lows to close today within pennies of $1900. 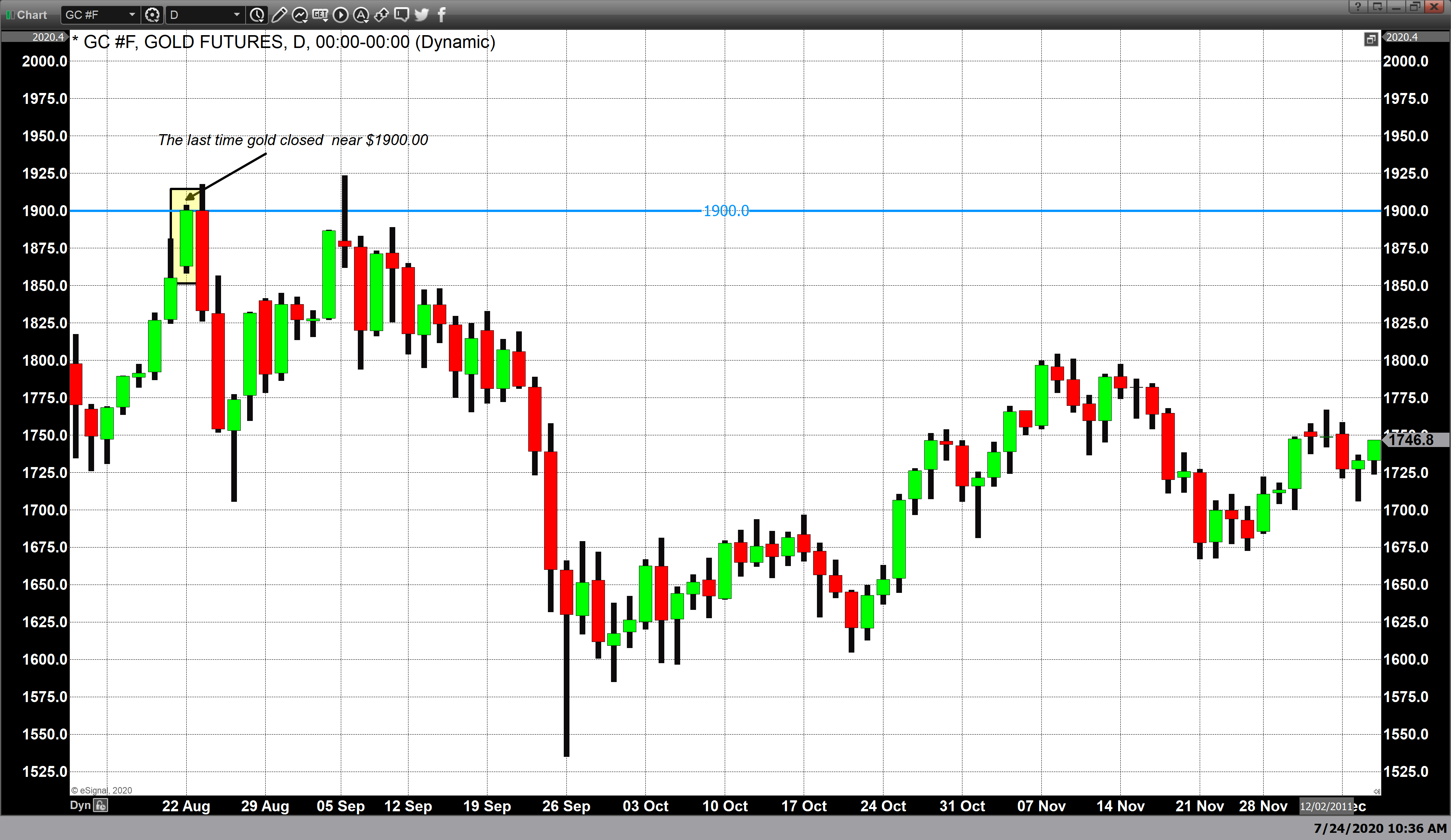 The global pandemic has touched every country in the world. According to John Hopkins University the total number of reported cases worldwide is now at 15,628,936, resulting in the loss of 636,262 lives.

Our issues with China did not start with the Covid-19 virus which is believed to have begun in a Wuhan province. Prior to the pandemic our two superpowers were fully immersed in a trade war. The rally which began in March of this year came after the trade tensions between the United States and China had already run up the price of gold.

At the end of 2019 gold was trading somewhere around $1300 an ounce after climbing from about $1040 when the multiyear correction concluded at the end of 2015.  Roughly 2 years later America and China would begin trade negotiations which resulted in a trade war.

According to Reuters, it was September 24, 2018 when the 10% tariffs on the $200 billion worth of Chinese imports was actualized and enforced, and on the very first day of 2019 China responded by taxing $60 billion of U.S. goods. Unknowingly this issue would be put on the back burners as the world’s greatest superpowers were unable to move past a phase-1 agreement, which at this point is still unresolved.

The current focus in the United States and globally is on mitigating the damage caused by the coronavirus. This has been a huge component creating bullish market sentiment for gold. The recent tensions between our two superpowers have escalated the conflict and was the final push needed to take gold to $1900. 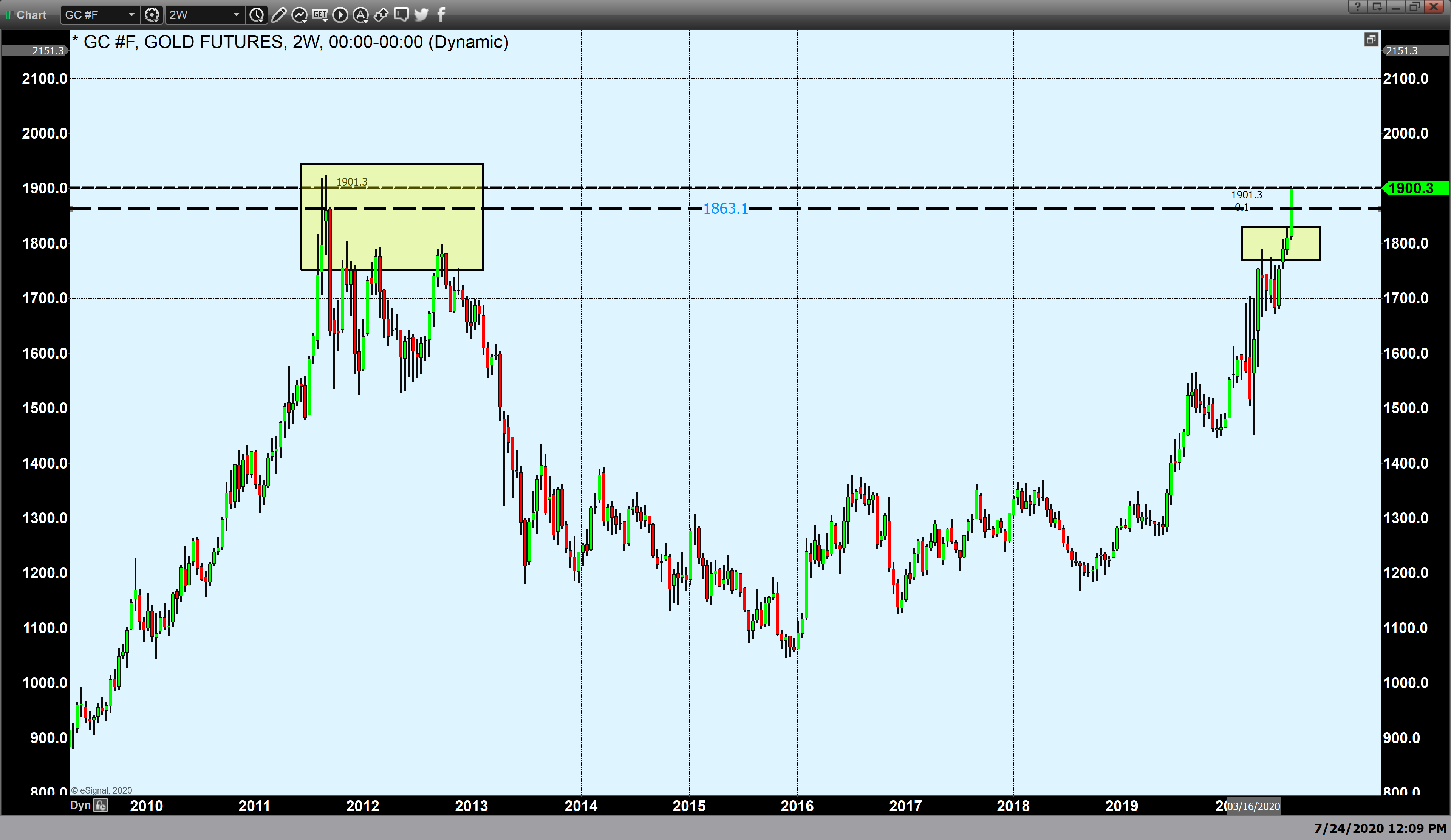 Whenever this pandemic begins to subside countries globally will have to deal with the economic fallout that most certainly will follow. If the economic fallout is combined with heightened tensions between the United States and China collectively these fundamental issues could take gold to $2000 or higher.