Gold continues to consolidate and form a base at higher pricing

As the last trading day of the month concludes, we can say that although gold closed slightly lower than the previous month. But that is not the whole story as the last two months have been stellar in terms of gains made in the precious yellow metal. This month gold traded to its highest price on record.

On August 6th gold closed at its highest trading value ever with the futures contract closing at $2,068 per ounce. The next day on August 7th gold futures opened at $2,075 and made the new all-time record high of $2,088. At least for this month $2,088 per ounce would continue to be the all-time record high. Three days later, on August 12th market forces took gold pricing to an intraday low of $1,875, but closed that day at $1,949. 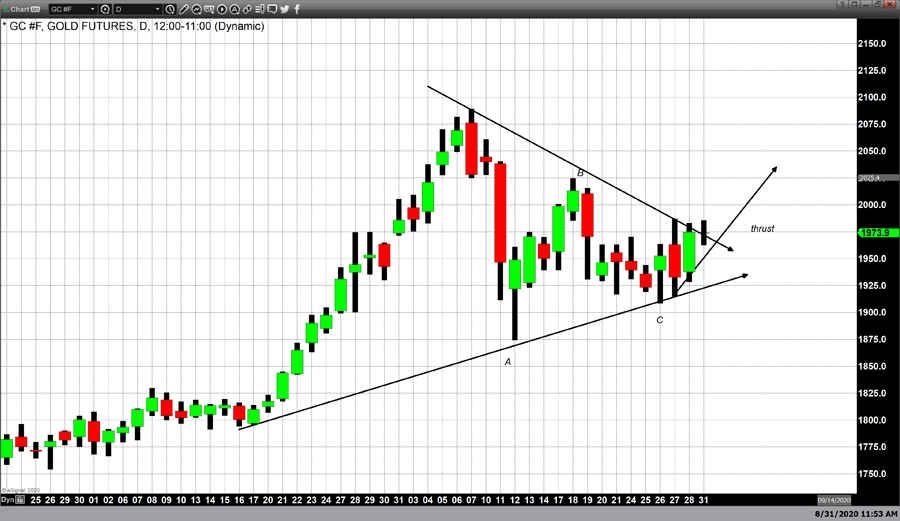 Now on the last trading day of the month we have gold futures basis the most active December 2020 contract trading at $1973.90, which is a net decline of one dollar on the day.

The dynamic gains in gold since March of this year have been largely attributable to dollar weakness combined with bullish market sentiment for the safe haven asset. Considering that the S&P 500 and the NASDAQ composite have both traded to all-time record highs, the recent rise in both gold and silver has been exceptional. 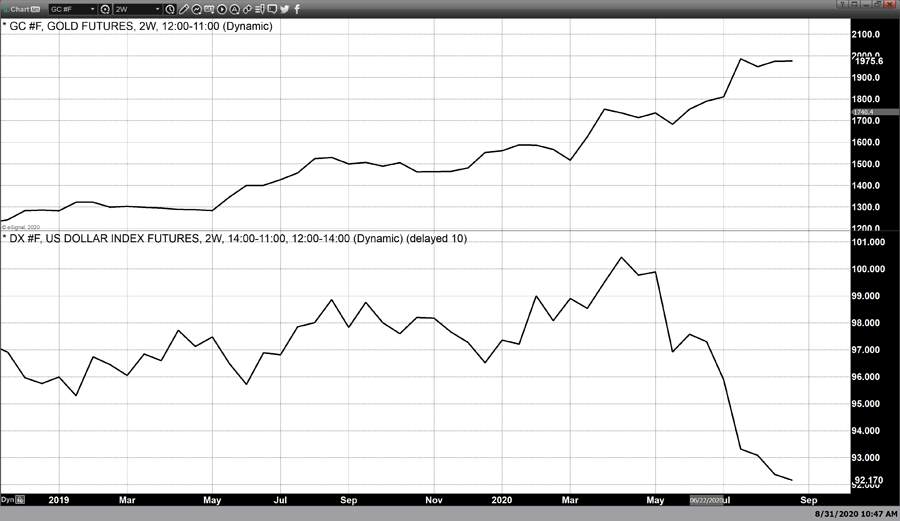 This occurrence of both risk on and safe haven asset groups running in tandem to the upside seem to be present whenever the Federal Reserve has an extremely accommodative monetary policy. This includes interest rates near zero and massive quantitative easing. We saw a similar pattern in 2009 when both gold and equities ran to new all-time highs.

As long as the U.S. dollar continues to lose ground against the basket of foreign currencies weighted against it in the dollar index, we can expect the strong tailwinds to be highly supportive of higher gold and silver pricing.

Although gold has not effectively been able to trade above $2,000 per ounce for more than five consecutive trading days, it seems highly probable that gold will not only take out that price point, but more importantly form a base above $2,000 making that price level support

For those who would like more information on our services, simply use this link.

Wishing you as always, good trading,
By Gary Wagner