For the first time since Chairman Jerome Powell gave his keynote speech at the Jackson Hall virtual economic symposium, traders and market participants will have a chance to gain more insight as to the recent changes in the Federal Reserve’s monetary policy. While Powell spoke about the key changes such as keeping interest rates extremely low for an extended period of time, and their new target for an acceptable level of inflation; however, the devil is in the details.

It is these details that will shape market sentiment over the next month as Chairman Powell and other Fed members give greater clarity to the newly adopted changes in their monetary policy. One of the most drastic changes in their monetary policy that needs further clarity could be revealed is in the updated ‘dot plot’, which will be revealed in the Fed’s statement following the conclusion of this week’s FOMC meeting.

According to Investopedia, “A dot plot is a method of visually representing expectations for some data series. In finance, the Federal Reserve uses a dot plot to signal its expectations of future interest rate changes. In a Fed dot plot, each member of the FOMC is represented by a single dot, but each dot is anonymous.”

According to Bankrate, “When the Federal Reserve announces its next interest-rate decision, you want to hold off on connecting any dots. That’s because U.S. central bankers are about to update their Summary of Economic Projections (SEP), as well their heavily scrutinized “dot plot” chart. This graphic indicates to consumers just how much each Fed official thinks it will cost to borrow money in the future.”

What makes the release of September’s ‘dot plot’ so important is that this is the first time since December 2019 that the Federal Reserve has released an updated projection. This most certainly will bring clarity as to the future plans of the Federal Reserve, but more importantly it gives market participants an indication of the strength or conviction based upon what individual Fed members believe is the best course of action. 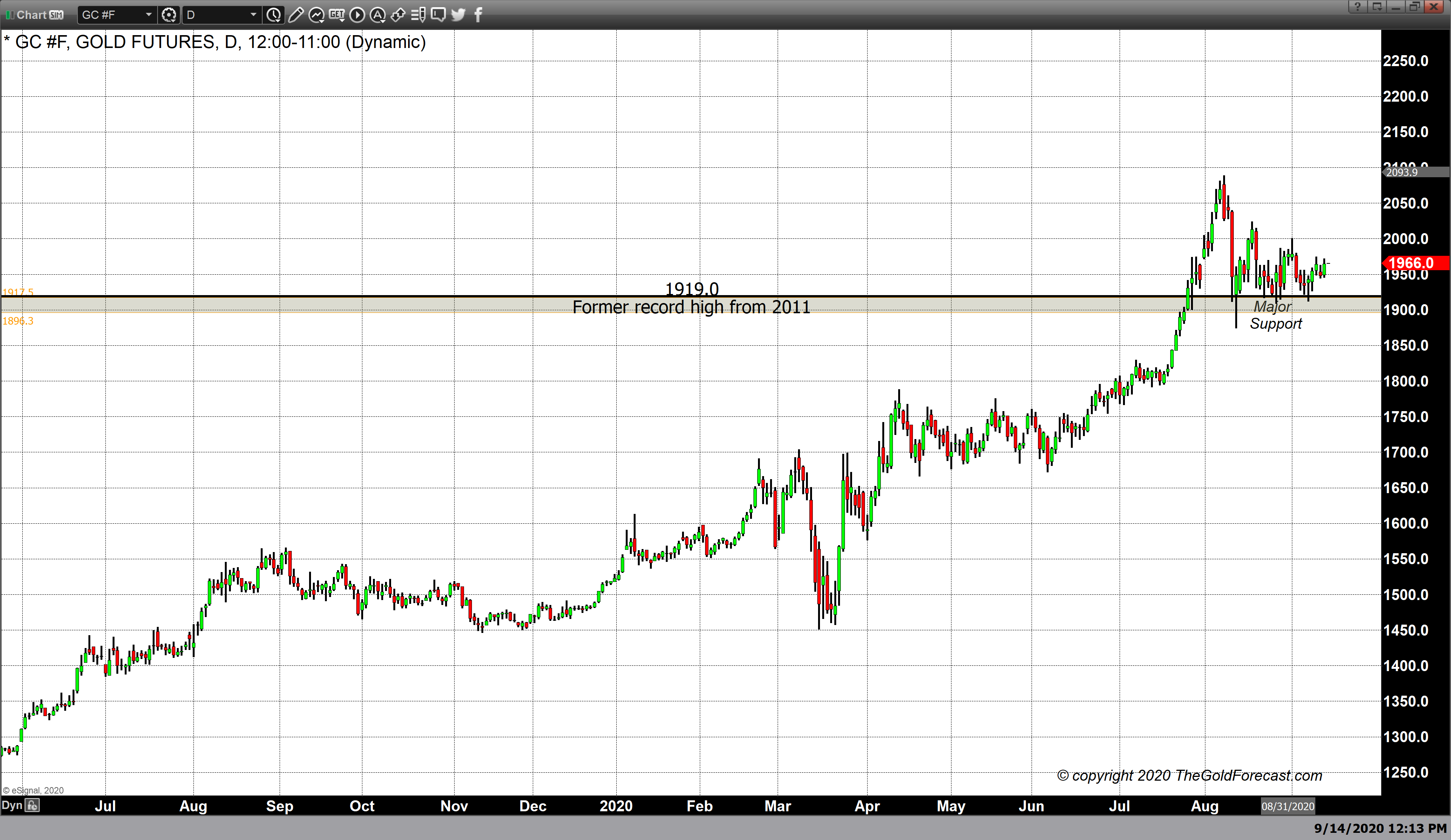 It seems market participants are already anticipating an accommodative and dovish monetary policy by the Federal Reserve. Today we have U.S. dollar weakness which could be an indication that low interest rates are here to stay for a while, as well as major moves in both gold and silver.

Our technical studies on Friday indicated that the market had moved into an oversold scenario when looking at the MACD (moving average convergence divergence), as well as observing a widening range between the 50-day and 100-day moving averages. These studies also have indicated that the former record high at $1,920 has now become a major level of support. While the new record high at $2,088 is the ultimate brass ring. Gold trading and closing above $2,000 for an extended period of time will be the most important technical indication that the current rally in gold still maintains strong momentum and upside potential.