Silver bulls will be handsomely rewarded

They say patience is a virtue.

Well, if anyone is virtuous these days, it has to be silver bulls.

They also say good things come to those who wait.  I believe those good things will be coming…in spades.

Silver reached just shy of $50 back in April 2011.  A decade later, we’re still just barely above half that level.

But that’s all about to change.

But silver’s trough-to-peak gains have put gold’s to shame.  The white metal bottomed in March near $12, then soared to a $29 peak, also in early August, for a blistering 140% gain in just 4½ months.

When silver really gets going, it can surprise even the most ardent of silver bulls.  And odds are it’s going to go on several more runs like this in the future.

Here’s what’s making this metal tick, and why what lies ahead for silver is going to surprise us all.

It’s widely accepted that silver is both an industrial metal and a monetary metal.  But now that precious metals are in a secular bull market, silver’s monetary side is likely to have an outsized impact.

If we look at how silver compares to gold in bull runs, it turns out silver has outperformed five of the last six times. 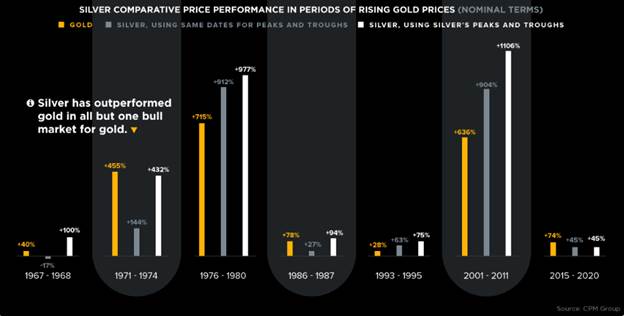 That’s likely going to happen again this time, and the main driver will be investment demand.

According to the Silver Institute’s Annual World Silver Survey, silver investment demand was up 12% in 2019 over the previous year.  The Institute recently reported that in the first half of 2020, investors hoarded 10% more silver than in H1 2019, mostly through buying silver-backed exchange-traded products (ETPs).  As a result, ETPs have been setting successive record high levels of holdings this year. 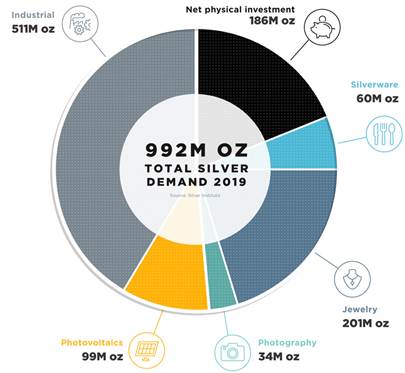 What’s more, it’s estimated that just 6% of all above-ground silver is in investment form like coins or bars.  The rest is almost evenly split between industrial uses and jewelry/decorative uses.

Besides rapidly growing investment demand, one of the biggest drivers of higher silver is going to be limited new supply.

Just 28.7% of new silver supply comes from primary silver mines.  71% of newly mined silver is only produced as a by-product of other metals like gold, copper, lead and zinc. 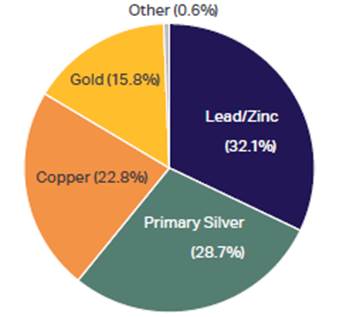 In a recent Kitco News interview (Kitco.com) E.B. Tucker, Director at Metalla Royalty & Streaming (NYSE:MTA; TSXV:MTA) said, “Silver’s got some catching up to do. One of the things about silver that people need to understand is that the supply of silver is not elastic, and what that means is if the price goes higher, the mines can’t just turn it on. Only about a quarter of the supply comes from actual direct silver mining, the rest of it comes from by-products, and recycling”.

Even once silver prices soar, mines that produce silver cannot just ramp up silver production.  And silver is often a small portion of their revenues, so there’s little incentive to produce more.

With fundamentals lining up, let’s examine the technical side of silver’s near-term outlook.

Silver has been forming a symmetrical triangle pattern since early August.  Volume’s been dropping over the past month, and the RSI and MACD momentum indicators continue to move downwards.  This suggests more consolidation and, for now, a possible downside move once the triangle is breached.  The $26 level is the first downside target, then the $23 - $24 range would be next.

Silver stocks are reacting in much the same way as silver itself.

The only difference here is the RSI has gone mostly sideways for five weeks.  For SIL I’d expect a first downside target to be $45, followed by $40.

But once the current consolidation/correction is over, which could still play out over several more weeks, I’d expect silver to come back with a vengeance.

The Fed is standing ready to “print more on demand”, while the European Central Bank and others are signaling more as well.  The covid pandemic is seeing cases tick up as kids head back to school and we head indoors.  Oh, and there’s a critical federal U.S. election, amid a highly antagonistic political environment, in under two months.

Silver is likely going to reach above $37 before the year is out, as its monetary role starts to dominate once again.

Rest assured, your patience will be rewarded.