Gold, silver and platinum all failed to take out the top end of their ranges; they are now falling to the bottom end to test support. However, all three remain in the admissions pattern, known as congestion. Eventually, congestion will end, and they will trend again; the only question is when?

In the last couple of days, gold has failed to break out higher and is now headed south in what looks like could be a very ugly move. Since August 7, gold has made a series of lower highs indicating the selling is not over yet. Recent tops in gold were on August 18, September 1, and September 16. 1900 to 1925 will be a major test of support for gold.

Silver is in a similar pattern, but it’s not as dramatic. What we are seeing in these markets is very tightly wound congestion, which will lead to a breakout in one direction or the other, for now, we say lower. Platinum was very close to reversing, as we noted yesterday but failed and is down this morning.

Our positions remain the same. We are short all three metals and will stay there until we get a reversal signal. Daily trading action has no bearing on our algorithm; it does not get swept up by the emotion of traders or the Federal Reserve. It just reads the patterns with our mathematical formulas. It’s that simple! 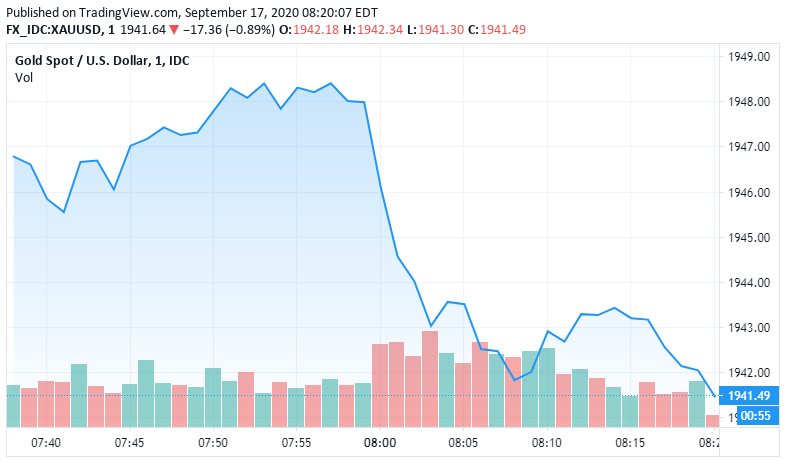