Oreninc index up as bought deals and brokered action high

The Oreninc Index increased in the week ending September 11th, 2020 to 95.43 from 79.69 a week ago as bought deals and brokered activity continued.

The US Labor Department said 884,000 people filed for first-time jobless claims, an increase from the previous week, suggesting the economy is struggling to recover from COVID-19 pandemic impacts. The four-week moving average for new claims was 970,750, a 21,750 fall from the prior week. Continuing jobless claims rose to 13.4 million.

The European Central Bank said interest rates will remain unchanged at 0.00%, 0.25% and -0.50% respectively and maintained emergency stimulus measures to help the economy recover from the COVID-19 pandemic impacts.

In Europe, the UK and European Union look increasingly unlikely to reach a deal to govern their new relationship in 2021 and beyond following the UK’s withdrawal from the bloque. With neither side apparently willing to budge on what they hold to be fundamental principles, the UK government is moving to renege on legal-binding interim commitments it made regarding Northern Ireland, 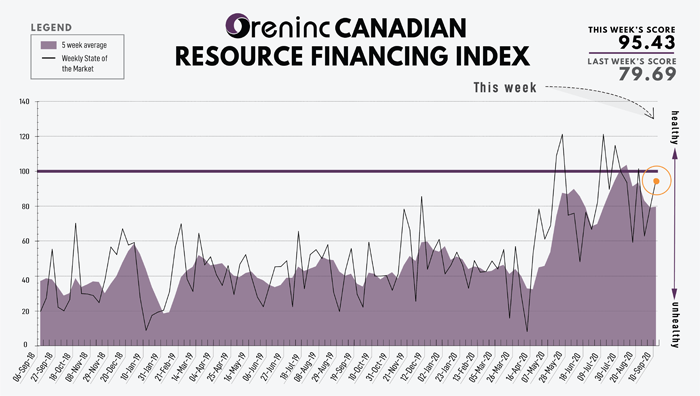