The Oreninc Index increased in the week ending September 18th, 2020 to 76.31 from an updated 71.85 a week ago as brokered activity increased.

The COVID-19 virus global death toll has topped 960,000 with almost 31 million cases reported worldwide, with many nations experiencing a resurgence of outbreaks.

We are in conference season! This past week saw the 2020 Precious Metals Summit, affectionately referred to Beaver Creek, which is arguably the most important investor event for the junior precious metals’ exploration and development space. The coming week will see the turn of the mid-tier and senior miners at the Gold Forum Americas. Both events are virtual this year, but that hasn’t stopped companies putting out a flurry of news releases.

Hedge fund giant Ray Dalio fired another shot over the bows of the greenback, stating that the dollar’s position as the global reserve currency is in jeopardy due to the trillions of dollars in fiscal spending and monetary injections the US has made to stave off the COVID-19 economic crisis.

The US Federal Reserve didn’t help matters after it indicated it would hold US interest rates at historic low levels until at least the end of 2023, putting doubt on the US recovery. General stocks fell as a result, even though there has been an improvement in unemployment data.

On a global level, OECD data showed the COVID-19 triggered economic slump may not be as pronounced as previously feared. It expects the world economy to shrink 4.5% this year, compared to a 6% decline prediction in June. China appears to be rebounding well with consumer spending rising for the first time this year and a larger-than-forecast expansion in industrial production.

The US will drop plans for a 10% tariff on certain types of Canadian aluminum which Canada reciprocated with an announcement that it would suspend plans to impose tariffs on C$3.6 billion of US aluminum products.

The environment for oil continues to be harsh as The International Energy Agency said the market has become more fragile, and cut its demand forecast for the fourth quarter by 600,000 barrels a day. OPEC earlier had cut its 2021 consumption outlook by 1.1 million barrels a day and oil trader Trafigura Group warned the oil market is about to go back into surplus. 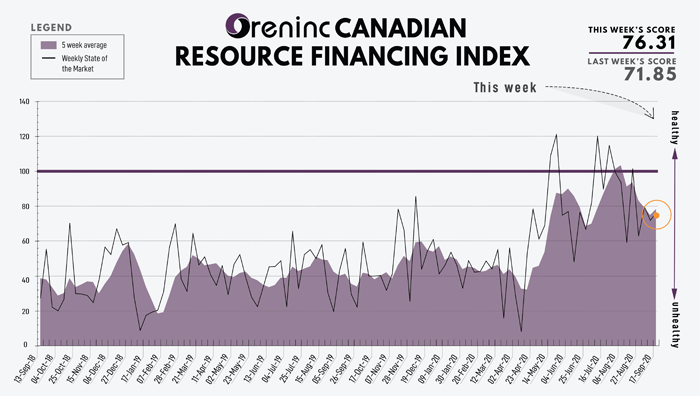