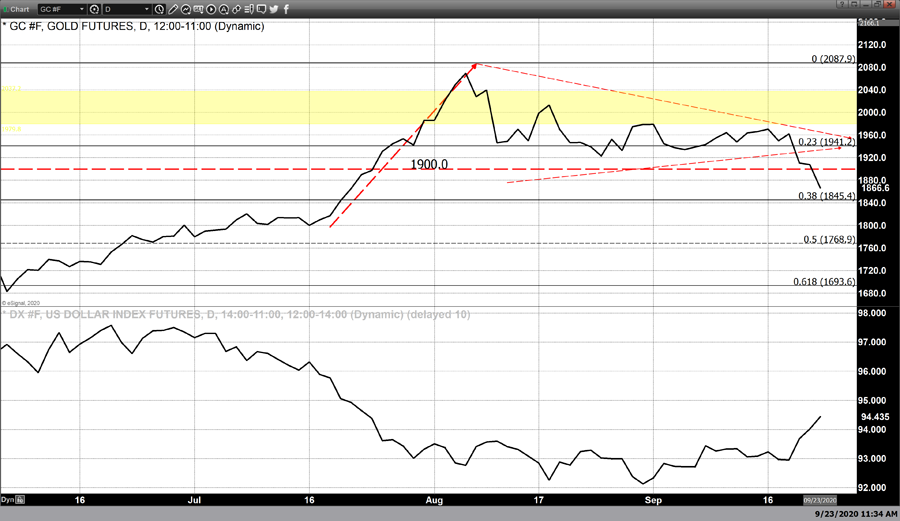 According to Investopedia, “The U.S. dollar index (USDX) is a measure of the value of the U.S. dollar relative to the value of a basket of currencies of the majority of the U.S.'s most significant trading partners. This index is similar to other trade-weighted indexes, which also use the exchange rates from the same major currencies.”

This basket does not give equal weight to each currency. The basket of currencies comprises of six currencies that compose the counterpart to the dollar index; Euro dollar, Swiss franc (3.6 %), Japanese Yen (13.6 %), Canadian dollar (9.1 %), British pound (11.9%) and the Swedish Krona (4.2%).  By far the largest -weighted currency which trades against the dollar index is the Euro dollar. That single currency comprises 57.6% of the basket. 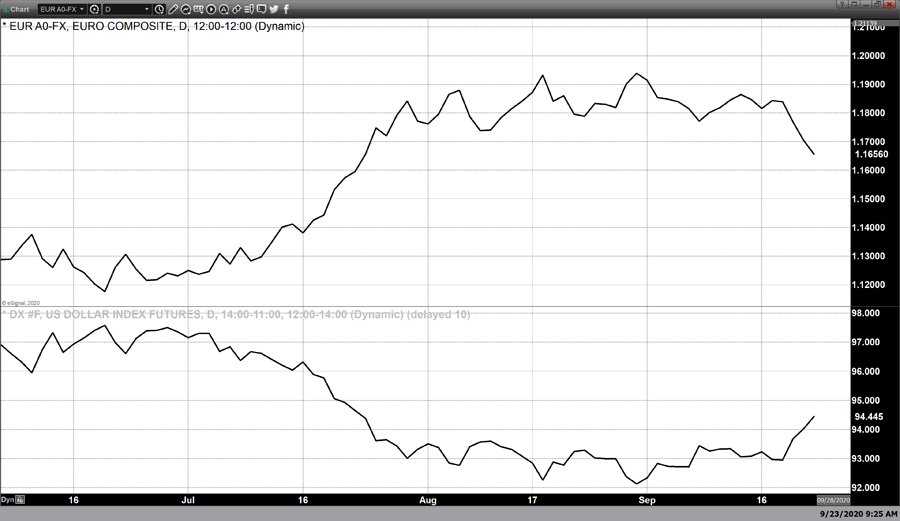 According to an article published today by TIME magazine, and penned by Melissa Godin, “A resurgence in COVID-19 cases has gripped countries across Europe, leaving politicians grappling with how to curb the spread of the virus. Governments are now strengthening regulations around mask-wearing, limiting the number of people that can gather in public spaces, and honing in on areas with particularly high numbers of cases.”

This week Europe experienced a record high number of new cases reaching 71,365 new cases on September 21, this according to the European Centre for Disease Prevention and Control. In the United Kingdom, Prime Minister Boris Johnson has announced a series of new restrictions yesterday. In that country the coronavirus cases are doubling by the week.

This is a primary component of why the U.S. dollar has gained almost 3% in the last three weeks. Whether or not the U.S. dollar continues to gain value will be largely due to the strength or weakness of the three primary currencies in Europe that are a large part of the dollar index basket. These include the Euro dollar, Swiss franc and the British pound. If these currencies continue to lose value it will be because the economic contractions throughout Europe due to the restrictions being added.